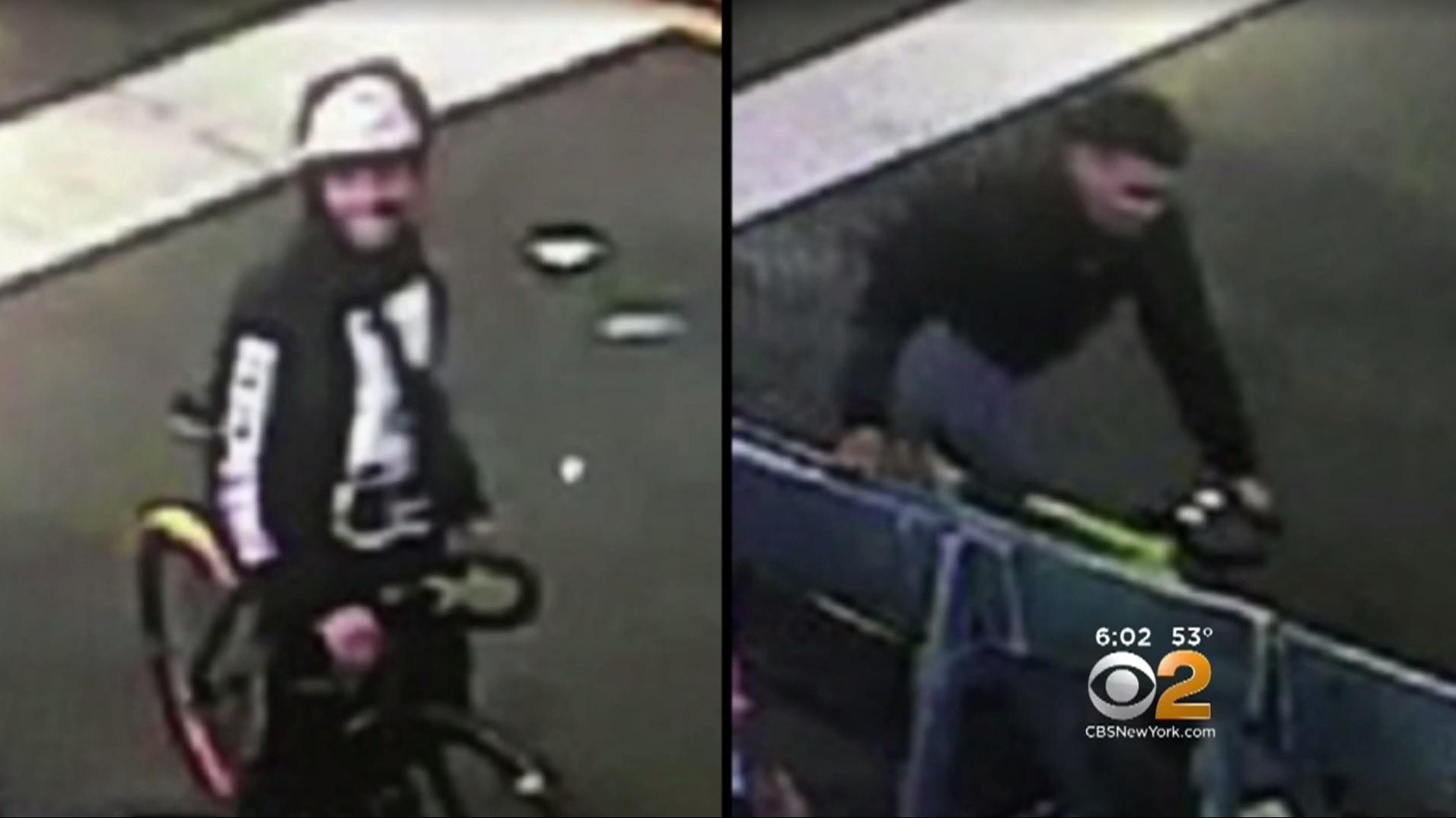 NEW YORK -- Police in Midtown Manhattan were searching Saturday for two bike-riding thieves who have been stealing cellphones right out of people’s hands.

Police released surveillance photos of the suspects, who are believed to be behind at least eight thefts in the past month, CBS New York reports.

In the heart of Times Square, cellphones are everywhere. Whether it’s tourists taking photos or New Yorkers talking and texting, they are now being targeted by the brazen bike bandits, CBS New York reported Saturday night.

“A ride by! And just take my phone? That’s insane,” Megan Carthon, of Bushwick, Brooklyn, said.

Carthon said she has her cellphone out all the time.

“24/7. But I think it happens a lot. It’s New York City, you have people Googling and trying to figure out where to go, so we’re easy targets,” she said.

David Singleton, a tourist from Louisiana, said even he knows you have to be careful with a phone that costs hundreds of dollars, especially with these thieves out there.

“You’ve got to keep your head on a swivel. You can’t come around here and thing that you’re just oblivious to everything,” he said.

Singleton said he keeps his phone in his back pocket.

“I don’t think anybody can get to it without me knowing about it, that’s for sure,” he said.

“Yeah we get worried,” said Diane Hindman. “My daughter had that happen to her in Chicago -- had it snatched right out of her hand when she was in the subway. So we’re conscientious of it, but still taking pictures a lot.”

The suspects were described as being men 30 to 35 years old.

So far, no injuries have been reported.

But as weather warms for spring and the streets crowd with bikers, pedestrians are warned not to wave their smartphones around and to keep them inside a pocket or bag.

“You have to be careful when you’re walking and stay alert,” a woman said.

And of course, who is not guilty of texting, tweeting or following GPS in the middle of a busy sidewalk?

“I’ll have to be cautious when I’m walking either stop texting or put my phone in my pocket,” added Rita Baidoo.

As Conybeare reported, this isn’t the first time this trend has caught on in New York City. Video from the East Village in 2015 showed a woman’s phone get snatched before she even realized what was going on. She chased after the suspect, but the biker was way too fast.