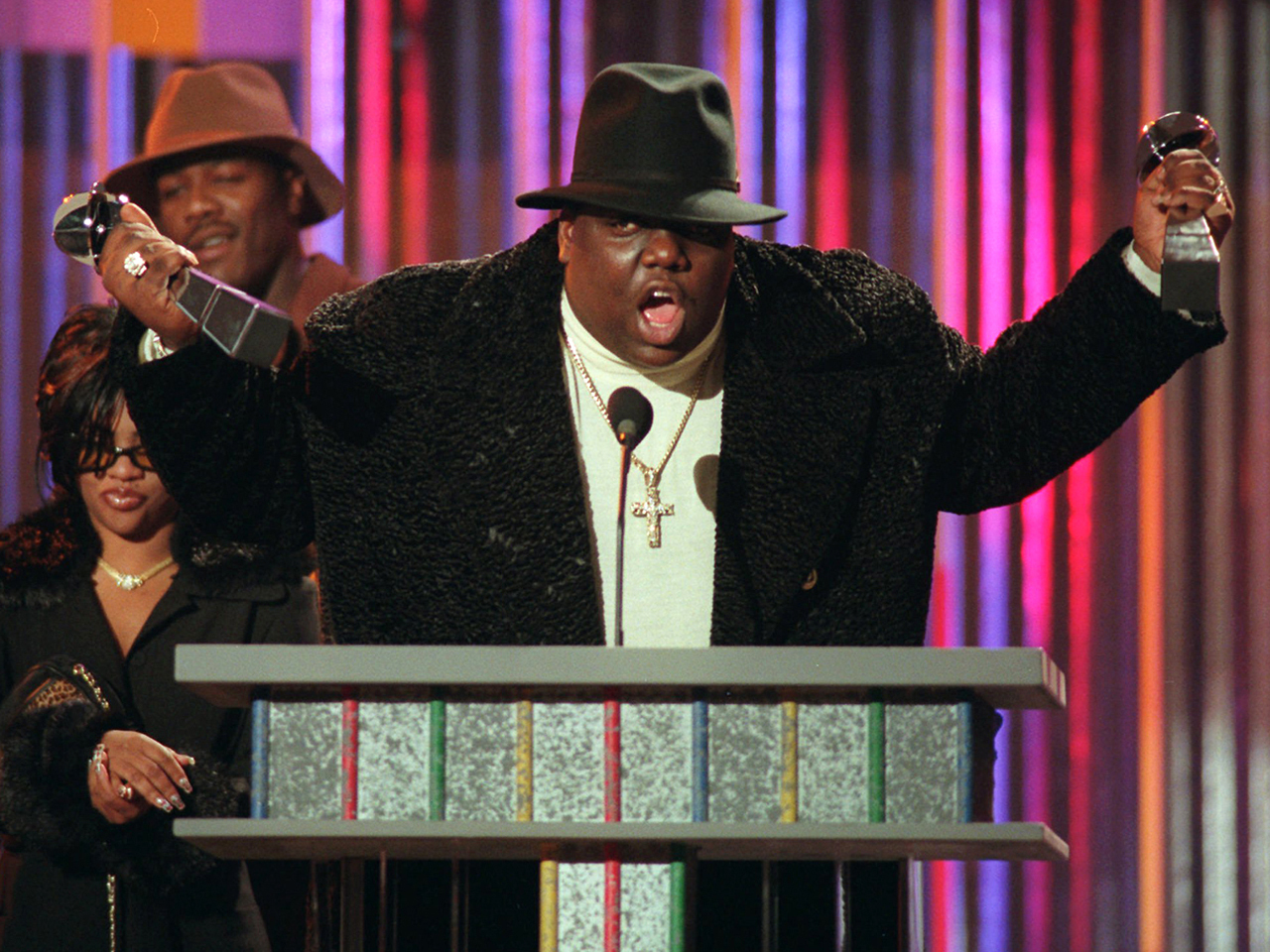 Fourteen years after his death, iconic rapper Notorious B.I.G. - born Christopher Wallace and also known as Biggie Smalls - is lighting up Twitter as fans send out #biggieday over the micro-blogging website.

Biggie rose to fame quickly and his career was cut short just as quickly. Sean "Diddy" Combs signed Biggie to Uptown Records and brought him to bad Boy Records when he started the label in 1992. Biggie appeared on a remix of Mary J. Blige's "Real Love" in 1993 and as a solo artist on a track from the "Who's the Man?" soundtrack.

His solo album, "Ready to Die," was released in September 1994. It was a success, but almost as memorable as Biggie's music is his feud with Tupac Shakur, who was shot in Las Vegas on Sept. 7, 1996, and died on Sept. 13.

Biggie was shot and killed in Los Angeles on March 9, 1997, and his second solo album, "Life after Death," was released on March 26. It has sold more than 10 million copies.

MTV called Biggie the third greatest MC of all time, behind Tupac and Jay-Z. Biggie was nominated for a Grammy for Best Solo Rap Performance for "Big Poppa" in 1996 and in 1998 for "Hypnotize."