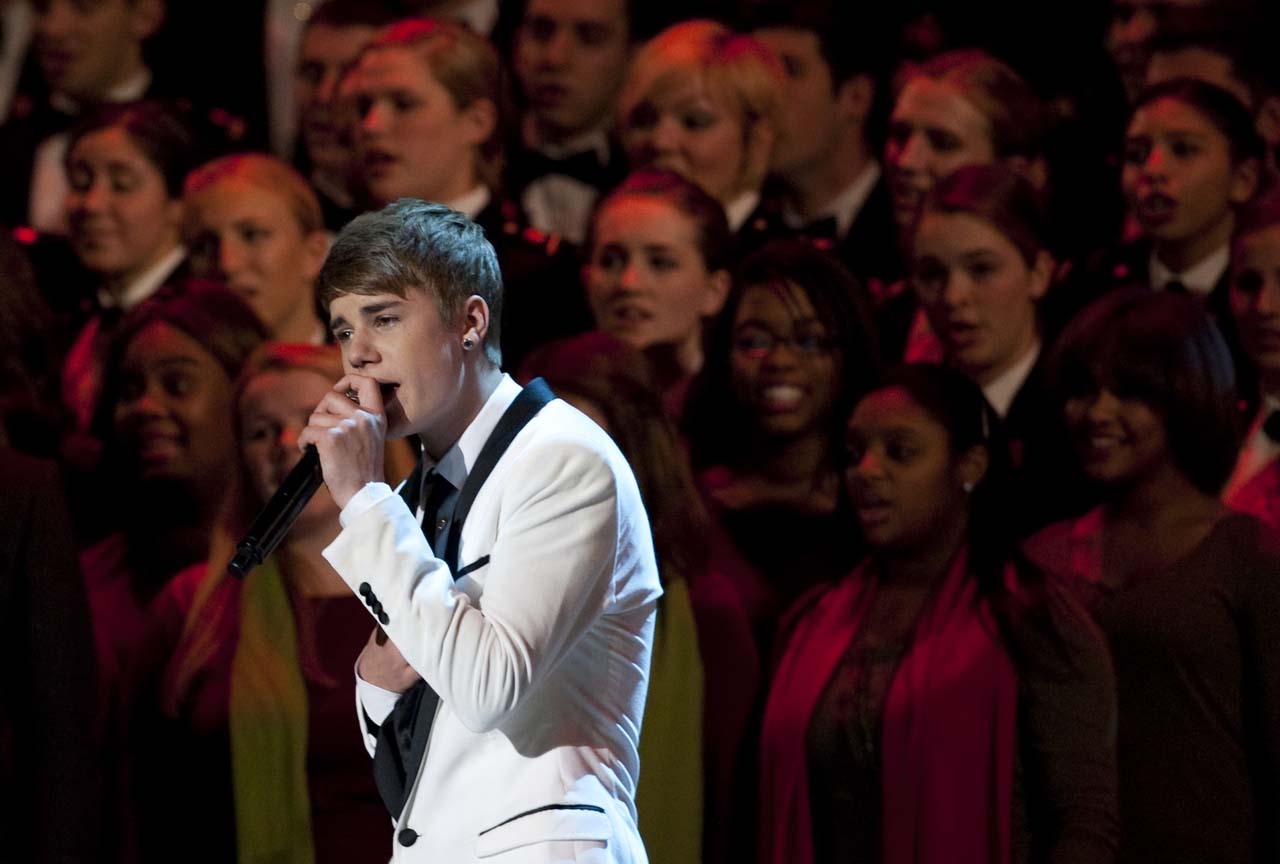 After the show, Bieber tweeted, "Great night! President Obama is one cool Prez. He told me he was "chillin."

The evening's host, comedian Conan O'Brien, said that during the holidays, people start to think about a miracle child worshiped by millions worldwide.

In honor of the "season to celebrate miracles," Obama spoke about the story of Jesus' birth during his brief remarks to the crowd.

"Those are values that are shared by all faiths," Obama said. "So tonight let us all rededicate ourselves to each other, and in that spirit, from my family to yours: Happy holidays, Merry Christmas, God bless you all, and God bless the United States of America."

The 30th annual "Christmas in Washington" will air Friday on TNT.