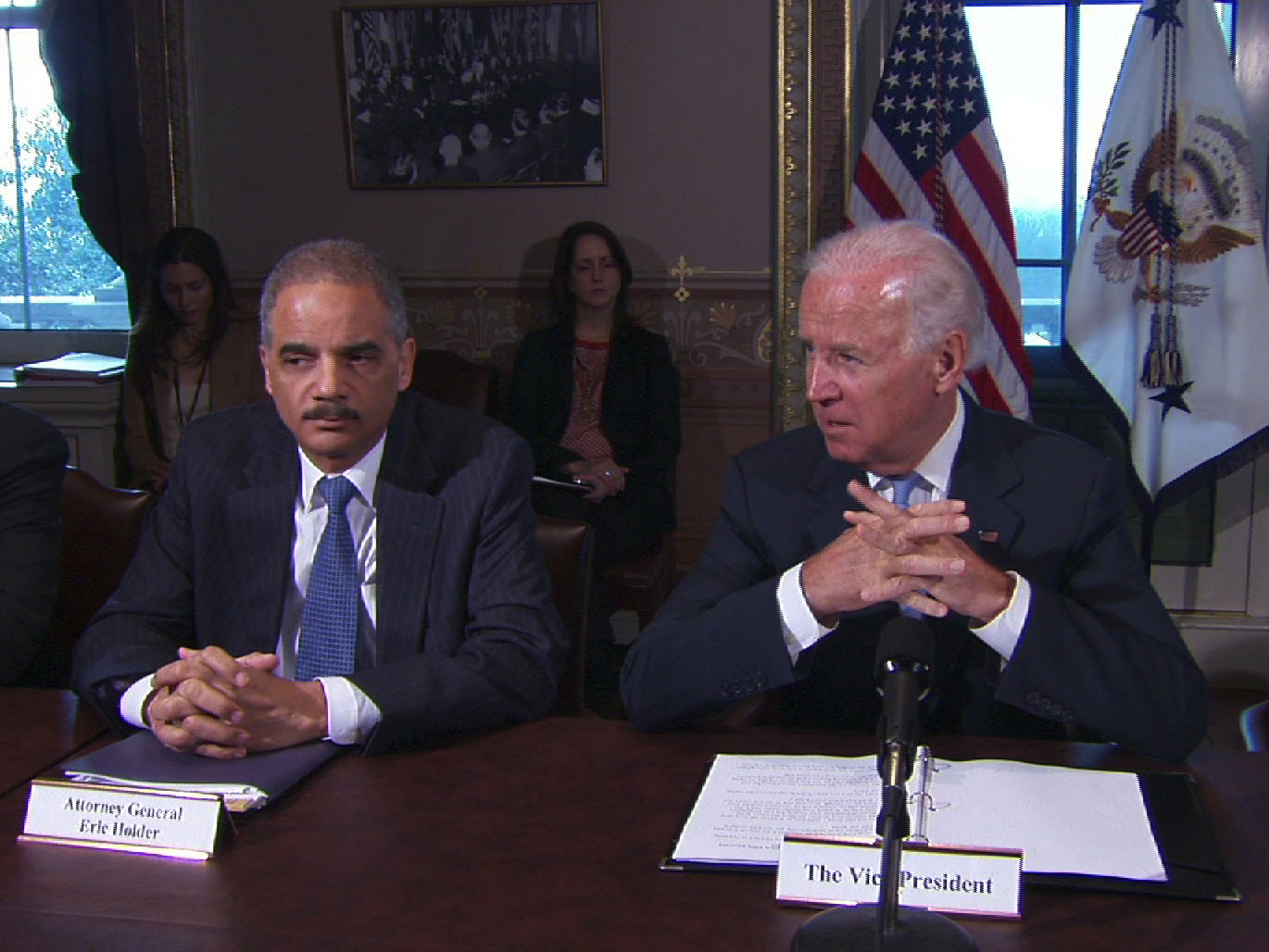 Vice President Joe Biden kicked off a series of meetings relating to gun violence today to advance the Obama administration's effort to clamp down on gun violence.

"We're here today to deal with a problem that requires immediate action," Biden said. "And the president and I are determined to take action."

Biden is holding two meetings, the first with gun safety advocates, including the Brady Campaign and New York City Mayor Michael Bloomberg's organization Mayors Against Illegal Guns. He is also meeting with victims and survivors of gun violence, including those impacted by the Virginia Tech Shooting and the Aurora shooting.

Thursday he will meet with gun sports advocates and proponents of less gun regulation, including the National Rifle Association. The NRA has been a thorn in gun control advocates' sides as their power and wealth has prohibited serious discussion on gun legislation.

"We are sending a representative to hear what they have to say," Andrew Arulanandam, NRA spokesperson, told CBS News Tuesday.

"Every once in a while there's something that awakens the conscience of the country, and that tragic event did it in a way like nothing I've seen in my career," Biden said with Attorney General Eric Holder sitting next to him.

President Obama called for the gun violence task force just days after the mass shooting in Newtown, Conn., where 20 children and 7 adults were killed by one gunman.

The president indicated that he wants the task force to submit recommendations by the end of January. He also wants Congress to reestablish the ban on assault weapons, which expired in 2004; limit the size of magazines; and expand background checks, including closing the gun show loophole, which allows unlicensed sellers to sidestep checks. The task force is also expected to look at broader efforts that might include a national database of gun owners and proposals that can be implemented without congressional approval.

After the task force meeting, Dan Gross, president of the Brady Campaign, said there seems to be consensus among a diverse group of organizations in support of background checks for gun purchasers. He noted that only 40 percent of gun owners have received background checks.

Gross attempted to ease fears of gun advocates that the current debate is not about the Second Amendment or taking away guns from legal gun owners. He said the meetings and the task force is about "staking out that middle ground that so clearly exists."