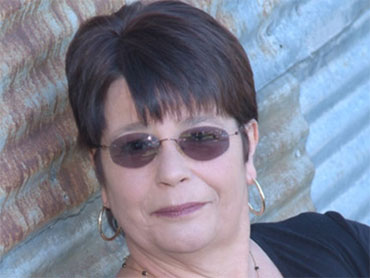 The bar on more than 80 liberal lawmakers from running for re-election sparked outrage from the reformist-led parliament, warnings that President Mohammad Khatami's government may resign and criticism from the United States and the European Union.

Earlier Wednesday, lawmakers rejected a call by Khatami to abandon sit-in protests they have been holding over the past four days at parliament.

Their rejection seemed to reflect a belief that Khatami had little chance of getting hard-liners to back off the ban. Hard-liners have succeeded in thwarting Khatami and his reformist agenda for several years.

However, Iran's supreme leader, Ayatollah Ali Khamenei, intervened Wednesday, meeting with members of the Guardian Council, the hard-liner body responsible for the disqualifications.

Khamenei told the council members that "the basis of decision should be that (candidates) are authorized to run unless it's proven otherwise," the Islamic Republic News Agency reported.

Khamenei holds ultimate say in all matters in Iran and is generally seen as the leader of the hard-line clerics who oppose reformers' move to change political and social restrictions in Iran. But he has occasionally reined in hard-liners in the past to avert a destabilizing political clash.

The Guardian Council, whose members are chosen by Khamenei, disqualified about 3,000 people, including 80 sitting reformist lawmakers, from running in the Feb. 20 elections.

While Khatami supports the reform agenda and parliament is controlled by liberals, hard-liners hold sway with unelected bodies like the Guardian Council and dominate the judiciary and armed forces.

State broadcast media controlled by hard-liners have said the candidates were disqualified because they lacked "the necessary legal qualifications."

Iran's largest reformist party, the Islamic Iran Participation Front, meanwhile, said in a statement made available Tuesday to The Associated Press that disqualifying the reform candidates amounted to treason because it damages Iran's international credibility and will result in "sham elections."

"We consider the disqualifications national treason and an attempt to transform the Islamic Republic into a despotic establishment," the party said. "Disqualifications deny the people their constitutional right to choose and be chosen. … Hard-liners seek to set up a sham parliament through sham elections."

The United States urged the Iranian government to oppose any interference in the electoral process.

"What the United States encourages is listening to the voice of the Iranian people. And we encourage free and fair elections," said spokesman Adam Ereli on Tuesday.

The European Union's foreign policy chief also said the elections would not be credible unless the disqualifications are reversed. It would be "difficult to explain (to the European parliament) how a lawmaker can't be a candidate," Javier Solana said while visiting Tehran to discuss Iran's relations with Europe.

If they stand, the disqualifications would be another blow to reformists, whose popularity has waned because of their perceived failure to deliver on promises of liberalization.

Khatami and his allies seek to liberalize Iran from strict political and social controls. Hard-liners regard such changes as undermining the principles of the 1979 Islamic revolution.

The fight between the two sides has gotten nasty before. Reformers have staged large demonstrations, which have sometimes ended in violent clashes with the police. Hard-liners have shut reformist newspapers and prosecuted human rights lawyers.

The disqualified legislators include Mohammad Reza Khatami, the younger brother of the president and leader of the Islamic Iran Participation Front, and Behzad Nabavi — both deputy speakers of parliament. Others are Elaheh Koulaee and Fatemeh Haqiqatjou, prominent defenders of women's rights.