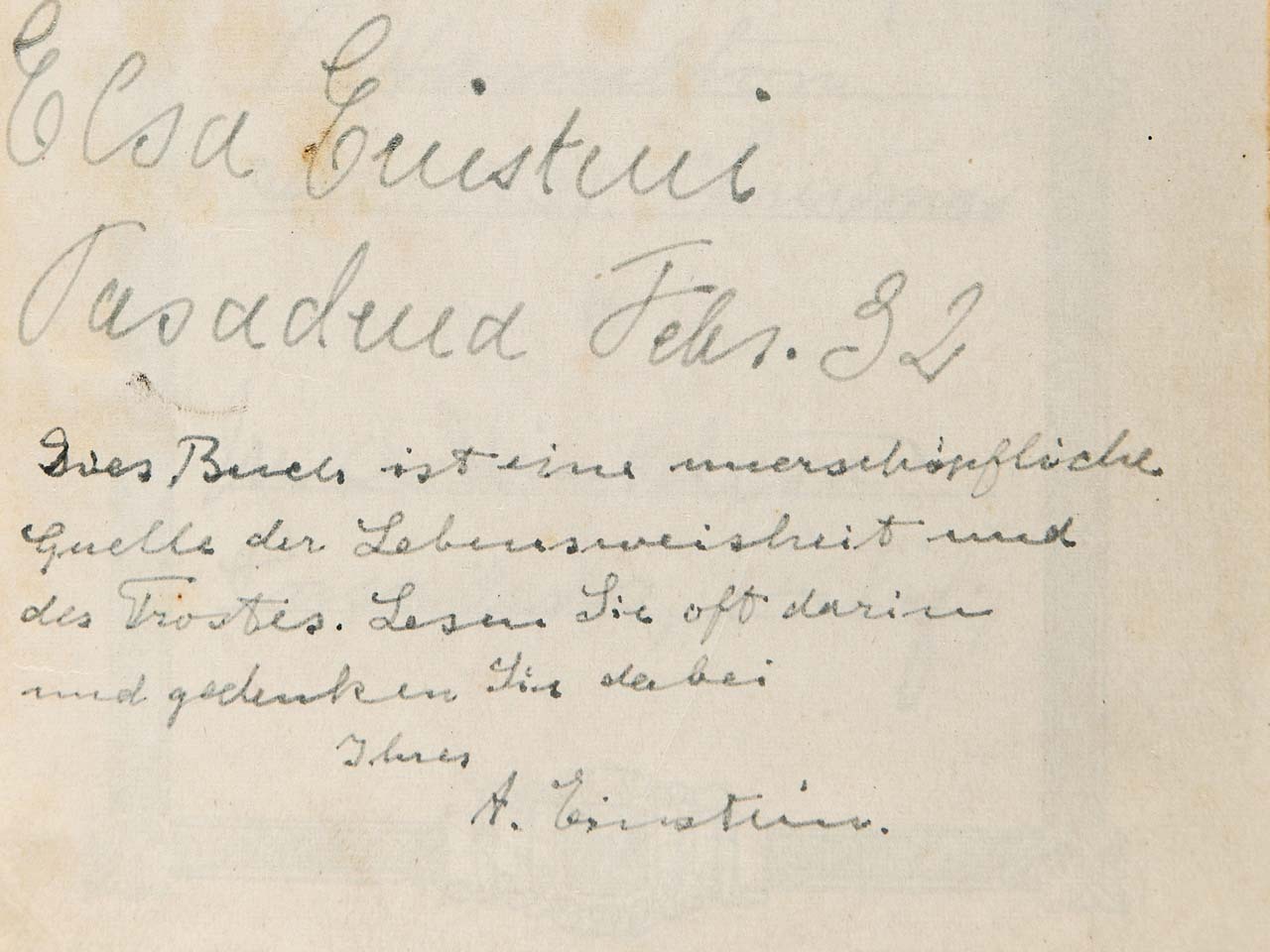 NEW YORK A Bible with an inscription from Albert Einstein has sold for $68,500 at an auction in New York City.

The Bible was part of a fine books and manuscripts auction at Bonham's on Tuesday. The German-born physicist and his wife signed it in 1932 and gifted it to an American friend named Harriett Hamilton.

The auction house says Einstein writes in the German inscription that the Bible "is a great source of wisdom and consolation and should be read frequently."

The Bible's final price far exceeds its pre-sale estimate of between $1,500 and $2,500. The final price includes the auction house's commission.

The auction house hasn't said who bought the Bible.

Einstein formulated the theory of relativity and won a Nobel Prize in physics. He died in 1955.