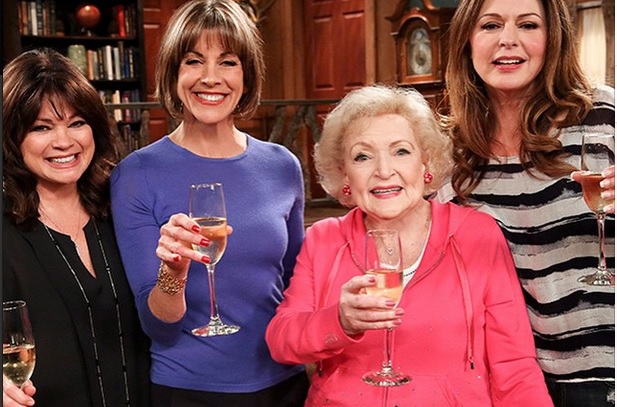 The hippest 93-year-old in Hollywood just got a little hipper -- Betty White joined Instagram on Thursday, and she already has more than 47,000 followers.

Her first post was a shout-out to her "Hot In Cleveland" co-stars, who just celebrated the end of the TV Land series' sixth and final season.

She wrote, "For my first Instagram post I wanted to say how much I love these girls dearly. What a great time we had.#HOTFinale #ThanksForTheLaughs."

White's week had another high note since on Wednesday's two-part "Hot in Cleveland" finale, the former "Golden Girls" actress' character, Elka, got married to a heartthrob of her era - -Bob Newhart -- in a dual ceremony with his son, Bob (Dave Foley), and Joy (Jane Leeves).

"Oh, it was a very emotional, loving farewell," White told Zap2it of filming the last episode. "We all got carried away, but to end a six-year series with everybody still adoring each other so much is a privilege."