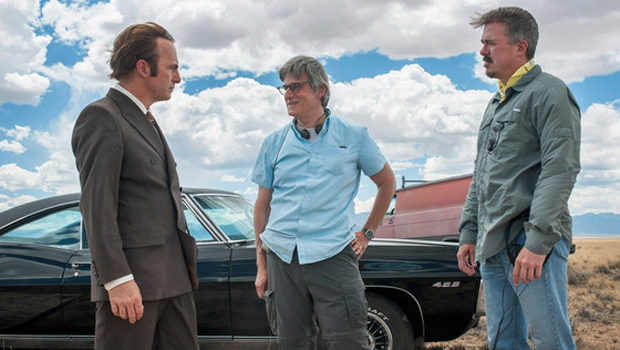 Here's the good news: AMC has renewed its "Breaking Bad" sequel, "Better Call Saul," for a second season - before the first one has even aired.

But there's some bad news, too: You'll have to wait a bit longer to see any of it.

"Better Call Saul," starring Bob Odinkirk as oily lawyer Saul Goodman, was originally supposed to premiere on AMC in November, but now the network is pushing that back to early 2015.

AMC also says "Breaking Bad" creator Vince Gilligan will direct the "Saul" series premiere, according to HitFix, and has signed on as co-showrunner along with Peter Gould. Season 1 will have 10 episodes, and its follow-up will have 13.

"Production on 'Better Call Saul' is underway, and we could not be more proud of nor more excited about the work to date," network president Charlie Collier said in a release. "We join the fans in eager anticipation for this series, and today we happily confirm that our initial Saul order is for two seasons and a total of 23 episodes. When introducing any series, especially one with the DNA of 'Breaking Bad,' there are countless factors to consider in making sure the show gets the launch it deserves. We have a strong history with Vince, Peter, Bob, the studio and so many involved with this production; we are enjoying the process on Saul and all share a focus on making it a true television event. No half measures."

The series will take place before Goodman crosses paths with his "Breaking Bad" cohorts Walter White (Bryan Cranston) and Jesse Pinkman (Aaron Paul) -- though both actors have said they'd be up for making possible appearances in the prequel.