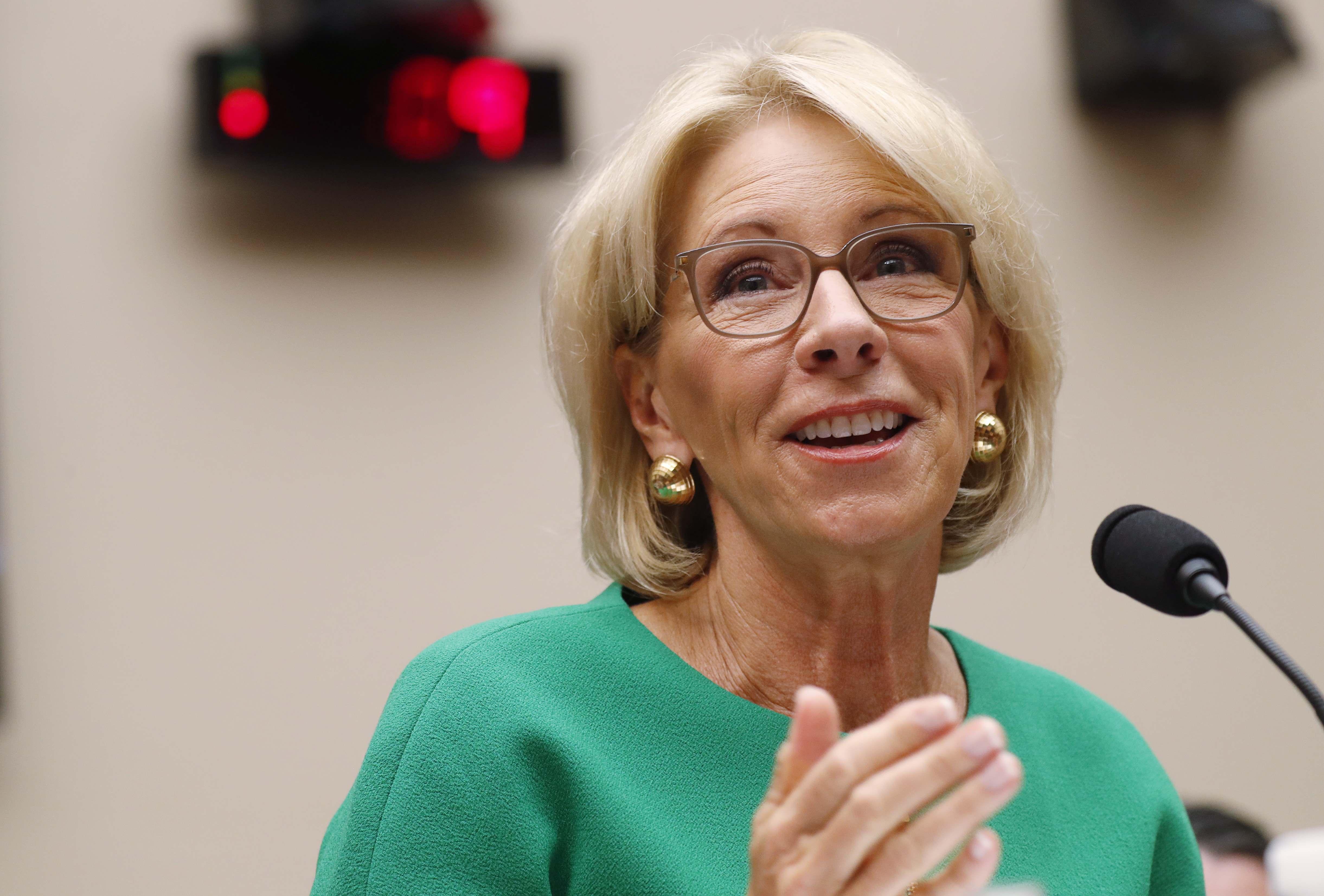 A yacht owned by the family of U.S. Secretary of Education Betsy DeVos was untied from its dock in Ohio last weekend, police say. This unmooring caused the yacht to strike the dock, causing up to $10,000 in damages. The 163-foot yacht is worth a reported $40 million, according to Toledo's The Blade newspaper.

The vessel, named the SeaQuest, was moored at a basin in Huron, Ohio, when the captain reported it became untied and sent adrift around 6 a.m. Sunday, The Blade reports. The yacht received large scrapes as it struck the dock before the crew was able to gain control of it, according to a police report.

Officers are searching for surveillance video of the incident, the newspaper reports. It's unclear why the boat was docked in Huron, the Blade notes, but DeVos visited Ohio earlier this month to tour a career center and a correctional treatment program.

The SeaQuest is one of at least 10 boats owned by the DeVos family, according to a Wall Street Journal analysis of the family's wealth. It can accommodate 12 guests and 12 crew members, according to the SuperYachtFan website.

Among those serving on President Trump's Cabinet, DeVos is the richest: she grew up wealthy and married even wealthier. She disclosed her family's wealth -- more than $580 million across her assets, according to the Journal's analysis -- when she was tapped for the education secretary post in 2016.