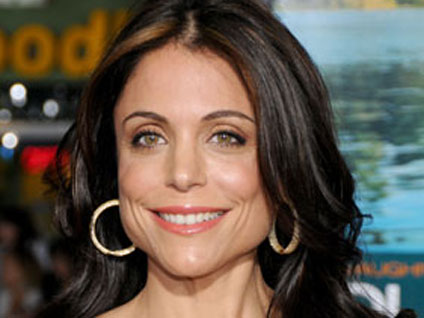 NEW YORK (CBS) Looks like somebody in reality TV land, better watch her back. "Real Housewives of NYC" Bethenny Frankel has reportedly upset former "Apprentice" star Omarosa with some not-so-nice comments on ABC's "The View."

Frankel sat with the ladies of "The View" Thursday to speak on her new Bravo series "Bethenny Getting Married?" and answer critics who say the "Skinnygirl" lost her baby weight way too fast. She also took a sudden jab at fellow "Apprentice" alum, Omarosa Manigault-Stallworth. Uh oh.

When "The View" co-host Sherri Shepherd compared Frankel to Omarosa, saying that she was "using reality TV to get famous," Frankel went off about the Evil "O."

"She used it to be infamous," Frankel said, adding that she and "The View" co-host Elisabeth Hasselbeck (of "Survivor" fame) used being on a reality show as a vehicle for "a real career."

"When I went on ["The Apprentice: Martha Stewart"] I wasn't buying diamonds and getting facials," Frankel noted.

Omarosa was not pleased by Frankel's comments, which she called "unprovoked" and "uncalled for" and took to gossip blog PerezHilton.com to fire back, stating that "Bethenny needs a reality check."

Omarosa then goes on to hit "Skinnygirl" below the belt alleging that Frankel lost her baby weight through a "tummy tuck," not naturally.

"I have never once said a bad word about her," Omarosa tells PerezHilton.com, "But now that she is hurling insults at EVERYONE, including her 'Real Housewives' cast mates and people like me who have always had her back- the gloves are off," she said.

Omarosa is set to star in her own reality love search "The Ultimate Merger," premiering June 17, 9 p.m. on TV One.