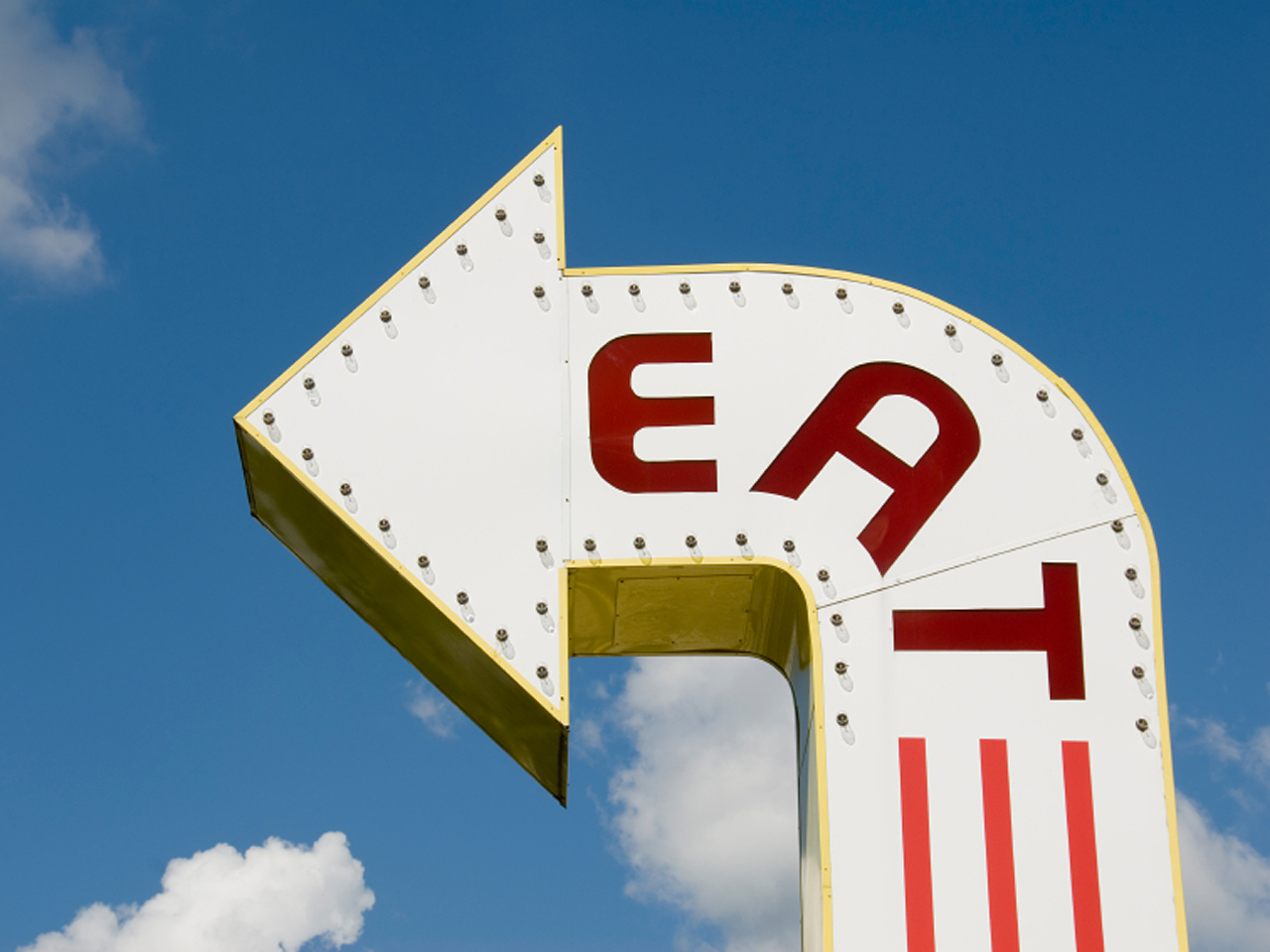 (CBS News) If you're headed out on a road trip this summer, don't relegate yourself to rest stops and fast-food chains.

Get off the highway and into some of these all-American roadside favorites:

Drive east from Jackson, Miss. on I-20 or south from Birmingham, Alabama on I-59 and you'll arrive in Meridien, Miss. Here, there's a little restaurant called Weidmann's Restaurant, thought to be Mississippi's oldest (operated almost continuously since 1870). Do yourself a favor and order a slice (or two) of its famous black-bottom pie. Want to know the secret of the famous Weidmann's recipe? The black-bottom pie crust is made from crushed gingersnaps and butter, and topped with a layer of chocolate and then a creamy, bourbon-flavored filling.

Think the best barbecue comes from Texas? Kansas City? The Carolinas? How about Midland, Mich, just about 60 miles north of Flint via I-75 and onto US-10. It doesn't get much better than Bone Daddy's Barbecue, which has been serving northern -- yes, northern-style barbecue for more than 30 years. A multiple winner of the highly-regarded Best of the West barbecue competition, Bill "Bone Daddy" Wall got into the barbecuing business entirely by accident when he began grilling his lunch while working on a construction site in Colorado. He cuts his own wood (cherry and sugar maple) and usually cures it for three months -- the drier the wood, the hotter it burns. The ribs are dry-rubbed and smoked for five hours, then glazed with barbecue sauce, then put on a wood-fired grill using homemade, Kansas City-style tomato-based sauce.

I'm a firm believer in getting off the Las Vegas strip, away from the high-ticket restaurants and into the more local joints. Just off the I-15/Las Vegas Freeway, on West Sahara Avenue, is Hash House a Go Go, home the heartiest breakfast in Sin City. As its name implies, this place is hash and more hash, including some unusual items such as smoked salmon hash and japaleño hash. But go for the traditional corned beef hash. And don't forget its signature griddled meat loaf with smoked mozzarella. The portions are huge.

Sushi pizza? It's not crazy, it's delicious. Inside the boutique Hotel La Fauchere in Milford, Pa., just south of I-84, Bar Louis serves a high-end pizza made with a tempura rice crust and topped with raw ahi tuna and a spicy, creamy tobikko (flying fish roe) sauce. They sell more pizzas than any other item other than hamburgers -- up to a couple of hundred a week. The sushi rice is flattened and rolled, frozen and dipped in tempura batter and fried. The sauce is made with high-grade tuna, green and orange tobikko.

In Austin, Texas, it's not just about down-home barbecue joints. The street trailer scene is booming there (different than food trucks, as these tend to stay stationary). One of the best--and most filling? Lucky J's Chicken and Waffles, which uses waffles as tortillas. Lucky J's taco fillings include the "standard" fried chicken or, for those with a sweet tooth, the Grandma Andy (bananas, peanut butter, Nutella and honey). The trailer can be found on 6th Street, and the restaurant is just off I-35 on Burnet Road.

For much more travel info, go to petergreenberg.com

To see Greenberg discussing these eateries on "CBS This Morning: Saturday" with co-hosts Rebecca Jarvis and Terrell Brown, click on the video in the player above.

How the outlawed practice of redlining is still hurting Black Americans