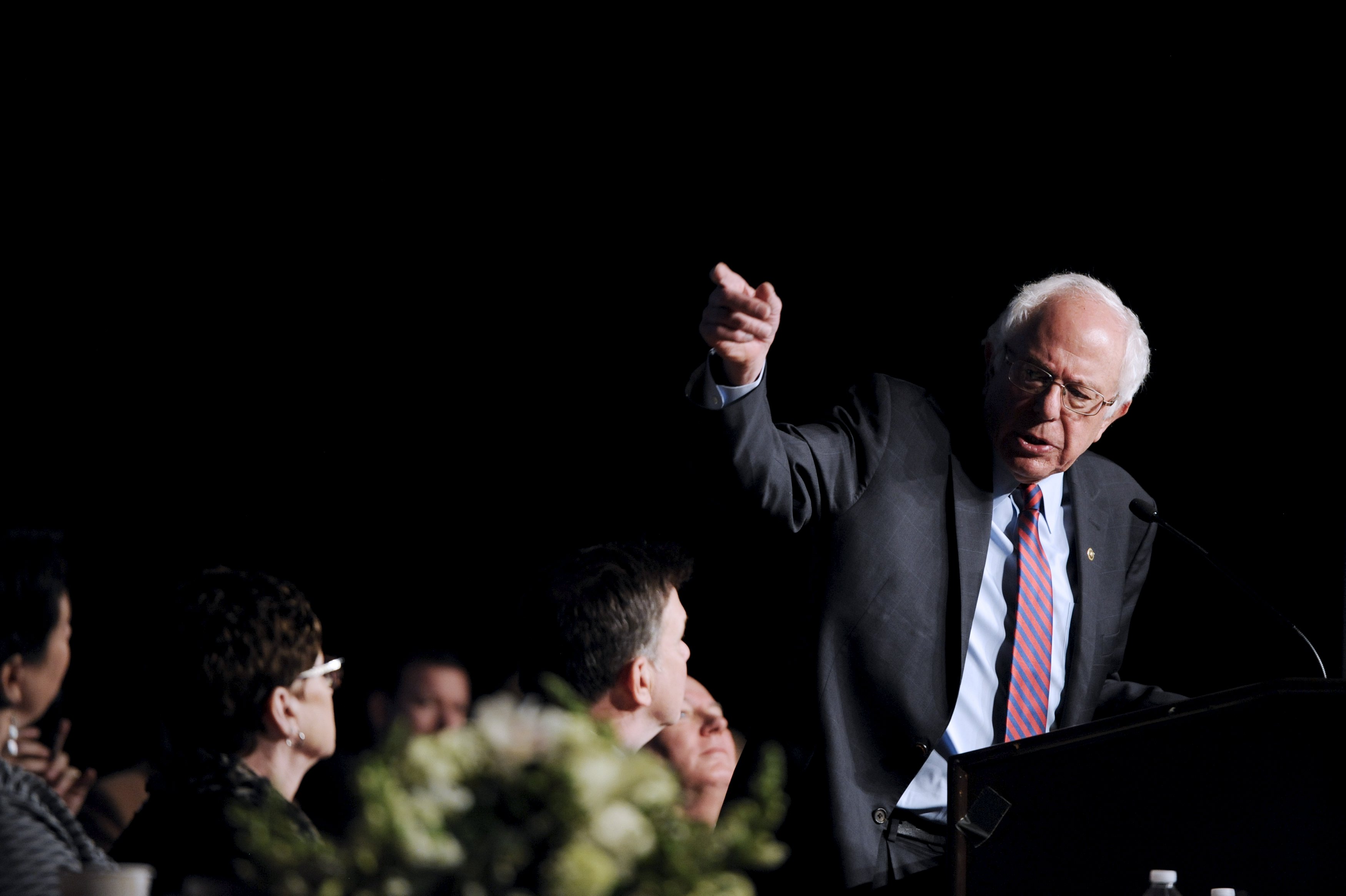 Democratic presidential candidate Bernie Sanders is scheduled to make a trip to the Vatican next week, taking a brief break from campaigning in New York just days ahead of the state's April 19 primary.

Sanders will speak at a conference on social, economic, and environmental issues, hosted by the Pontifical Academy of Social Sciences (PASS). The meeting will take place on April 15, on the 25th anniversary of an encyclical released by Pope John Paul II that addressed those topics.

The Vermont senator, who is Jewish, has expressed admiration for the pope in the past, noting that his primary campaign platform focusing on wealth and income inequality aligns well with Pope Francis' own messages on greed.

"He's talking about the idolatry of money - the worship of money, the greed that's out there, how our whole culture is based on 'I need more and more and more,'" Sanders said. "I worry about veterans sleeping out on the street or elderly people who can't afford their prescription drugs, and he's trying to inject the sense of morality into how we do economics."

While PASS extended the invitation to Sanders, a senior Vatican official later criticized the Democratic candidate for showing "monumental discourtesy" in obtaining the invite.

"Sanders made the first move, for the obvious reasons," Margaret Archer, president of the academy hosting the conference, told Bloomberg in an interview Thursday. "I think in a sense he may be going for the Catholic vote but this is not the Catholic vote and he should remember that and act accordingly -- not that he will."

Michael Shank, who handles communications for the Sanders adviser scheduling the Vatican trip, dismissed the Bloomberg report as "incorrect."

"On behalf of the President, Professor Margaret Archer, the Organizers, and asChancellor, I am very happy to invite you to attend the meeting on 'Centesimus Annus: 25 YearsLater,'" read the letter, from a PASS official.

Sanders will leave for Rome the night of April 14, after the Democrats' scheduled New York debate.

The state's primary, where 247 delegates are at stake in a tightening Democratic race, is scheduled less than a week later.

Asked whether the campaign is worried about leaving New York so close to the state's nominating contests, Sanders spokesperson Michael Briggs told CBS News that the senator will still "be in New York in the days leading up to the primary before this short trip and the days afterward."