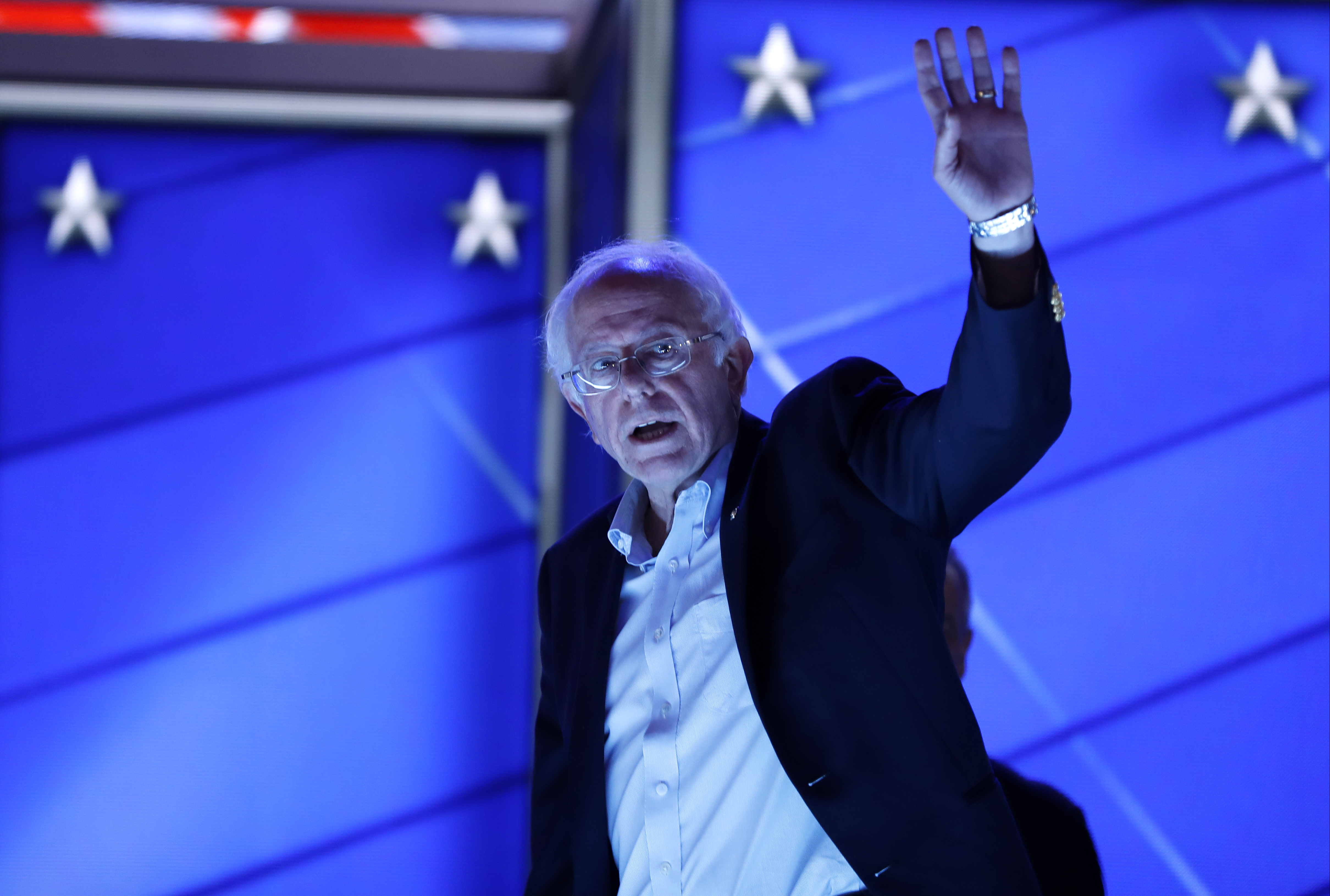 Bernie Sanders' delegates cheered after he said Debbie Wasserman Schultz's removal from the Democratic National Committee would "open the doors of the party to people who want real change." Those energetic cheers, however, quickly transformed into loud boos when the self-proclaimed Democratic socialist called on his supporters to elect Clinton and Kaine to the Oval Office.

"We have got to defeat Donald Trump, and we have got to elect Hillary Clinton and Tim Kaine," he said. It was not a popular declaration in the room. Trump, he also said, was a threat to the future of our democracy.

"Make no mistake about it," he said. "We have made history. As all of you will recall, when we began this campaign over a year ago we were considered fringe players by the establishment and the corporate media. Well, a year has come and gone, we're not fringe players anymore!"

But getting some of those supporters to throw their energy into campaigning for Clinton seemed to fall on more than a few deaf ears.

Monday afternoon Sanders sent out a signed text message to his delegates that read: "I ask you as a personal courtesy to me to not engage in any kind of protest on the floor. Its of utmost importance you explain this to your delegations - Bernie." Sanders also planned to send out an email to underscore the need for unity.

Throughout the afternoon, the Clinton and Sanders campaigns continue to worry about convention floor disruptions from delegates still upset over the recent Wikileaks emails.

The two campaigns have merged their floor whip teams in order to present a united front on the floor of the convention. Sanders supporter and former CEO of the NAACP Ben Jealous was among the Sanders surrogates deployed to the Sanders to try to urge against the raucous displays that still came once the convention formally began.

Sanders will make a prime-time appearance in the 10 p.m. hour Monday night of the Democratic convention in downtown Philadelphia.