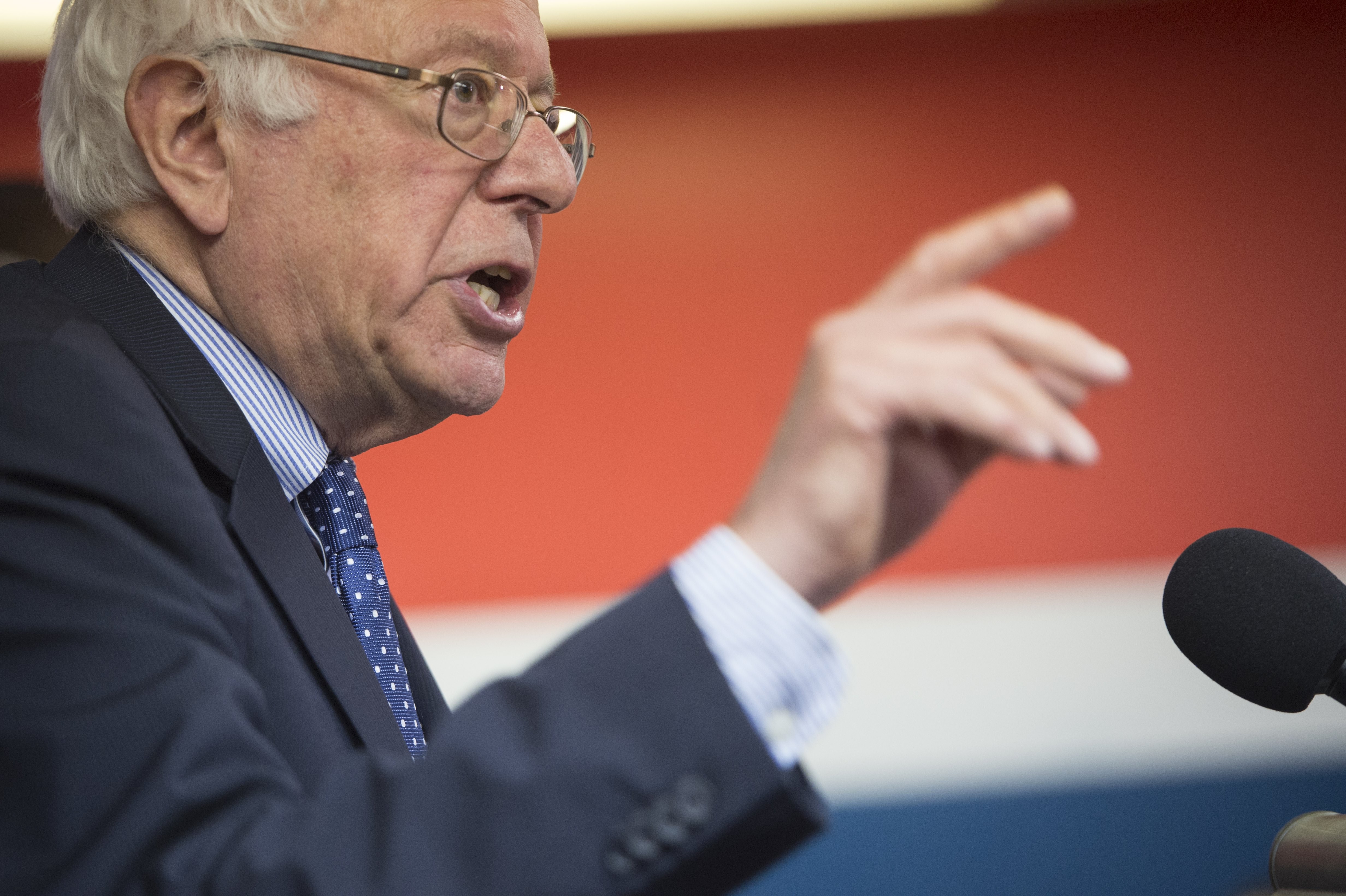 Sen. Bernie Sanders, the independent senator from Vermont who's running for the Democratic presidential nomination, has been saying for weeks that Hillary Clinton should take a stand on the Trans-Pacific Partnership (TPP), the 12-nation trade agreement currently under negotiation.

This week, ahead of Friday's House vote on giving the president trade promotion authority, Sanders turned up the heat on Clinton.

"I frankly don't understand how you could be a major candidate for president of the United States -- Hillary Clinton, or anybody else -- and not have an opinion on that issue," he said in an interview with Bloomberg's Al Hunt on the Charlie Rose Show on Thursday. Asked if Clinton's stance amounts to a "cop out," Sanders said yes.

Clinton has yet to take a stand on the TPP, noting that the terms of the trade agreement haven't been finalized or publicly released. "I want to judge the final agreement," Clinton said in Iowa last month.

Sanders acknowledged that the trade agreement remains secret and said that "talks to the reason why you should vote against it."

"If a major major bill, which deals with 40 percent of the world's economy, is coming before the United States Congress and members of Congress of don't know what's in it, you think that might be a good reason to vote against it," he said.

Hunt pointed out that Congress is voting on trade promotion authority -- not the TPP itself. However, Sanders said that voting to give President Obama that authority amounts to voting for TPP. "If the fast-track gets passed, TPP gets passed," he said.

Sanders -- who has promised to run a presidential campaign free of any negative attacks -- also took Clinton to task over trade at a Christian Science Monitor event Thursday.

"Trade policies have been disastrous," he said. "If she's against this, we need her to speak out, right now."

Mr. Obama is aggressively lobbying Democrats in the House to support the trade vote on Friday. The House Republican majority will need a large number of Democrats to back the bill for it to pass. The legislation already passed in the Senate over the objections of Sanders and other members of the Democratic caucus.