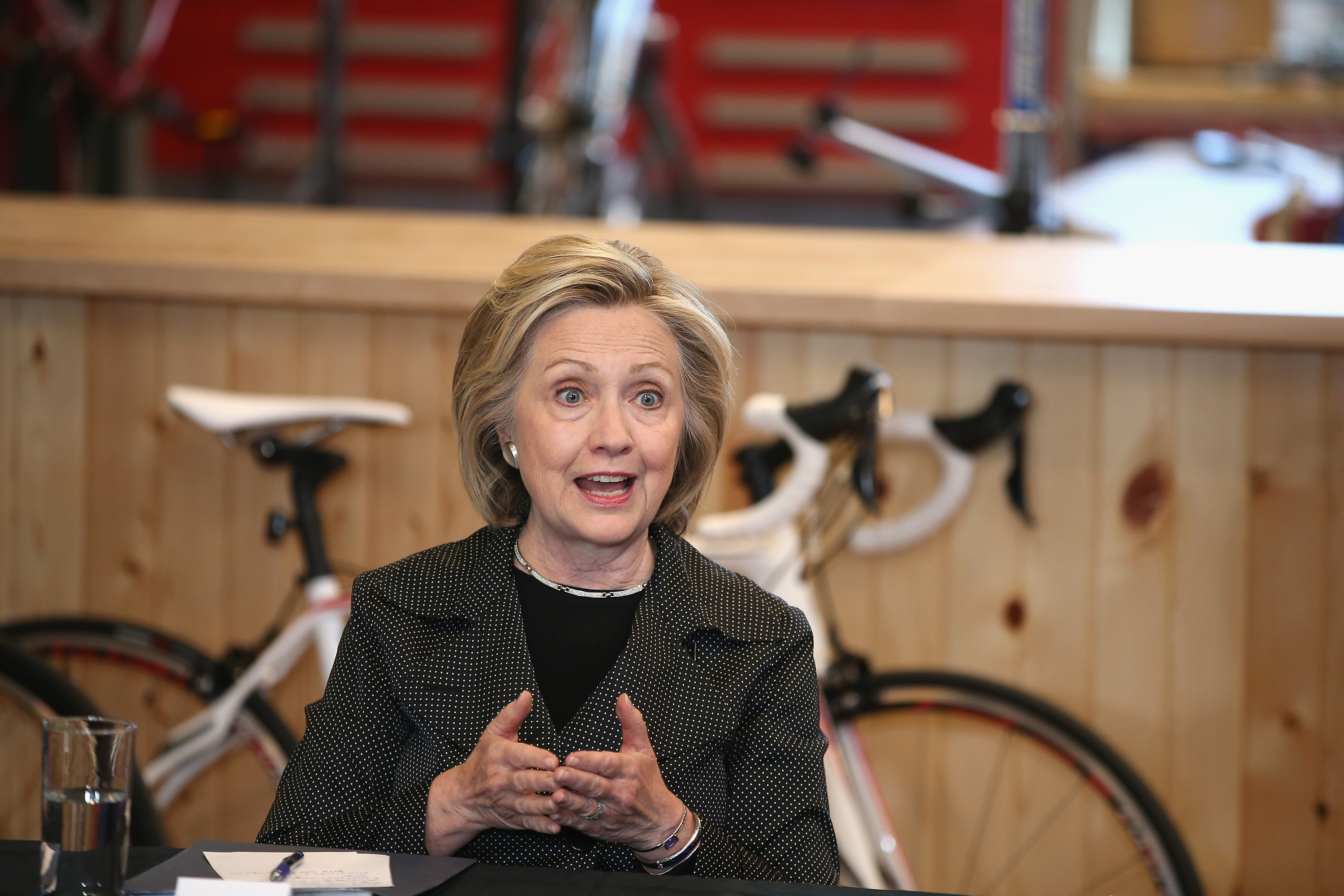 Hillary Clinton spoke about issues ranging from Iraq to her income and her emails in a brief press availability in Cedar Falls, Iowa Tuesday.

Asked whether Iraq was better off without Saddam Hussein, Clinton responded, "I know there have been a lot of questions about Iraq posed to candidates over the last weeks. I've been very clear that I made a mistake plain and simple." But, she added, "What we now see is a very different and very dangerous situation. The United States is doing what it can, but ultimately, this has to be a struggle that the Iraqi people and the Iraqi government are determined to win for themselves. We can provide support but they're going to have to do it."

After 28 days without questions from reporters, the press was anxious to ask her about other topics, as well, like the FEC filing that showed she and her husband were paid at least $25 million for speeches since Jan. 2014.

"Bill and I have been blessed and we're very grateful for the opportunities that we had, and we've never forgotten where we came from," Clinton said when asked whether she and her husband could still relate to most Americans, adding, "We're going to fight to make sure everybody has the same chances."

She said that "most Americans understand that the deck is stacked for those at the top," and she's running "to reshuffle that deck," so that Americans "can make more out of their lives."

And on the State Department's court filing Monday that said that it might not release the 55,000 pages of emails she submitted to the agency until January 2016, Clinton said, "I have said repeatedly I want those emails out," that "anything they [the State Department] might do to expedite that process I heartily support."

But at the same time, Clinton said, she can't release the emails herself. "They're not mine. They belong to the State Department.

In the small business roundtable that preceded her ad hoc news conference, she also gave a fuller response on her stance on the Trans-Pacific Partnership (TPP). Clinton referred to the trade deal as "a very hot topic right now," and she said, "It hasn't been fully negotiated."

She insisted that the deal would need to be strong on health and environmental rules, and, she said it must address currency manipulation. "I want to judge the final agreement," Clinton said.

She also pointed to a section in her book, "Hard Choices," that criticized an international arbitration procedure that she said "gives corporations more power to overturn health, labor and environmental rules than consumers have."

And she added that the deal "hasn't been fully negotiated yet, so I don't know what the final provisions are yet. But it needs to be very strong on health and environmental rules. It needs to try to address either directly or indirectly the manipulation of currency by countries that would be our trading partners because that's been a big source of us not being as competitive as we want to be."

Clinton's comments came during a roundtable discussion with the small business community at Bike Tech, a business that sells and repairs bikes in Cedar Falls, Iowa.