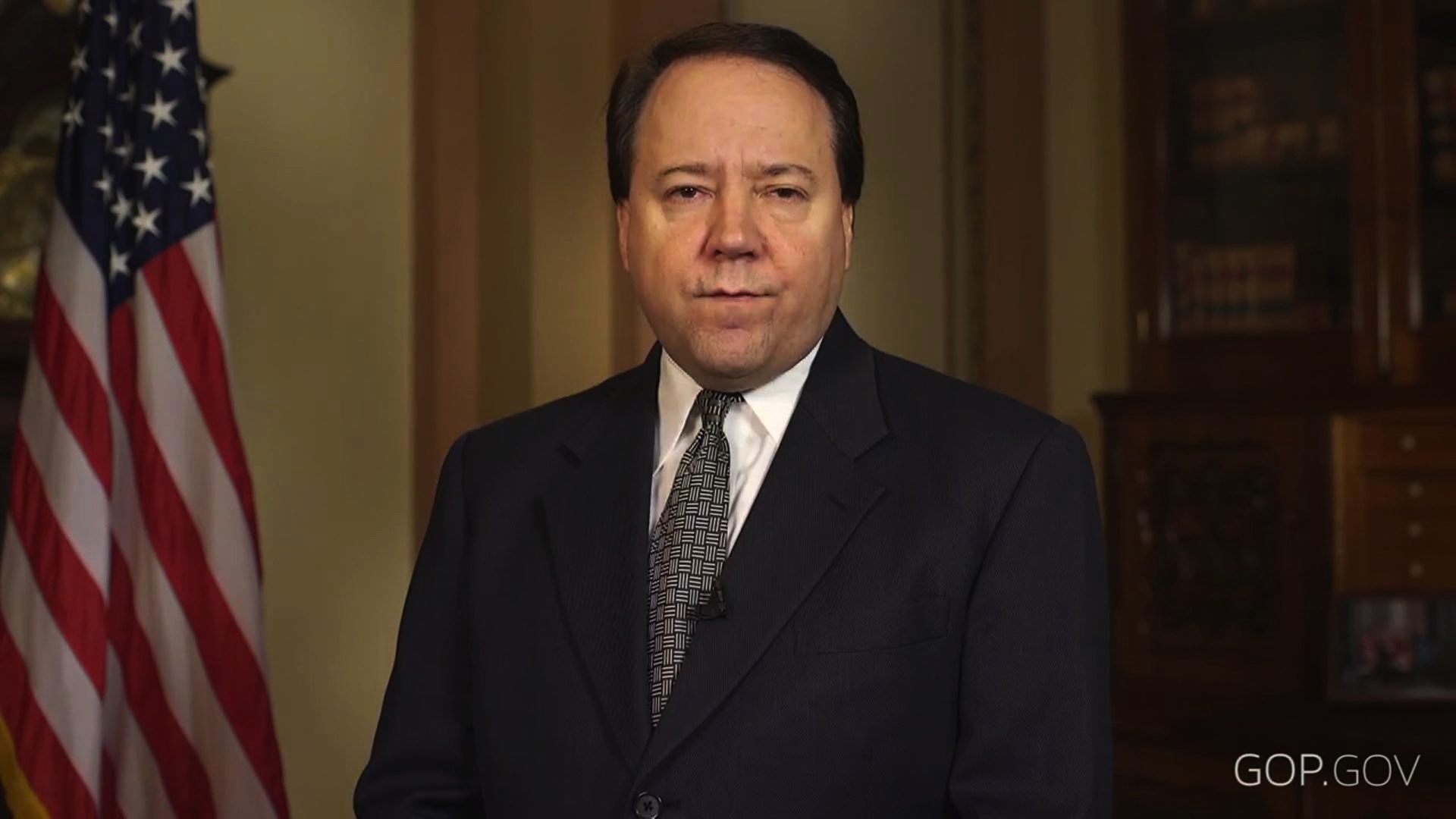 After a Senate vote last month approving a bill to speed up congressional approval of international trade deals like the Trans-Pacific Partnership, the Republican Party is pushing for "fast-track" trade promotion authority (TPA) to pass in the House.

"Every day, I hear from folks who say it's trade that gets their businesses through the tough times, that allows them to make plans to hire and expand," Rep. Pat Tiberi, R-Ohio, said Saturday in a video.

"The problem is, the way things work right now, President Obama can negotiate trade agreements on his own and in secret," Tiberi said. "He doesn't have to keep you or me informed."

"It just doesn't make sense," the Ohio Republican said. "And it's certainly not fair to American workers."

Critics of international trade deals have blamed them for the shifting of American jobs overseas, the depression of labor wages and weakening environmental regulations.

But, Tiberi points out, "trade wasn't the culprit, globalization was. Technology was."

"I've toured manufacturing companies across my district where 20 years ago, 10 people worked on the shop floor," the congressman said. "Now there's only one worker making the same products."

Tiberi also listed and addressed other concerns, including transparency ("TPA changes the system to one where Americans have 60 days to read a trade agreement before it can even be signed," the lawmaker said) and overreach of executive powers ("TPA makes the president follow dozens of strict objectives in his negotiations so that your priorities come first - not his").

The issue has garnered rare support from both the Obama administration and Republican congressional leadership.

"You send us here to find common ground, and TPA unites Republicans and Democrats," the Ohio lawmaker said. "It unites farmers, ranchers, manufacturers and small business owners. It even unites Barack Obama and Ted Cruz."

The president has made strong pushes for the trade authority, even knocking fellow Democrats who criticized international deals currently being negotiated.

"There have been a bunch of critics about trade deals generally and the Trans-Pacific Partnership, and what's interesting is, typically they're my friends coming from my party," the president said during a speech last month at the Oregon headquarters of Nike, a company that's strongly supported the proposed deal. "On minimum wage and on job training and on clean energy and on every progressive issue, they're right there with me, and then on this one, they're like whoopin' on it."

The Republican Party has devoted ample air time, especially in their weekly addresses, to push for the trade authority.

"If we pass TPA, we'll be able to make agreements that give us access to billions of new customers," Tiberi said. "And our workers will be able to compete for that business on a level playing field, where we know we can outwork anyone."

In his own address, President Obama vowed that his efforts at reforming America's immigration system would continue and that that he would persist in defending the rights of undocumented immigrants.

"Some folks are still fighting against these actions," Mr. Obama said Saturday in a video. "I'm going to keep fighting for them. Because the law is on our side. It's the right thing to do."

The president also took aim at House Republicans for stalling a comprehensive immigration reform bill that passed out of the Senate with bipartisan support two years ago.

"As this process moves forward, I urge everyone who cares about this issue to keep a watchful eye," Mr. Obama had said in 2013, predicting the uphill battle in the lower chamber. "Now is the time when opponents will try their hardest to pull this bipartisan effort apart so they can stop commonsense reform from becoming a reality. We cannot let that happen."

Years later, chances for passing the legislation have all but dwindled.

"For nearly two years, Republican leaders in the House have refused to even allow a vote on it," the president said. "That's why, in the meantime, I'm going to keep doing everything I can to make our immigration system more just and more fair."

In honor of Immigrant Heritage Month, he directed the public to the WhiteHouse.gov website to share their own stories.

"We want to hear how you or your family made it to America - whether you're an immigrant yourself or your great-great-grandparents were," Mr. Obama said.

"Of course, we can't just celebrate this heritage," the president added, "we have to defend it -- by fixing our broken immigration system."