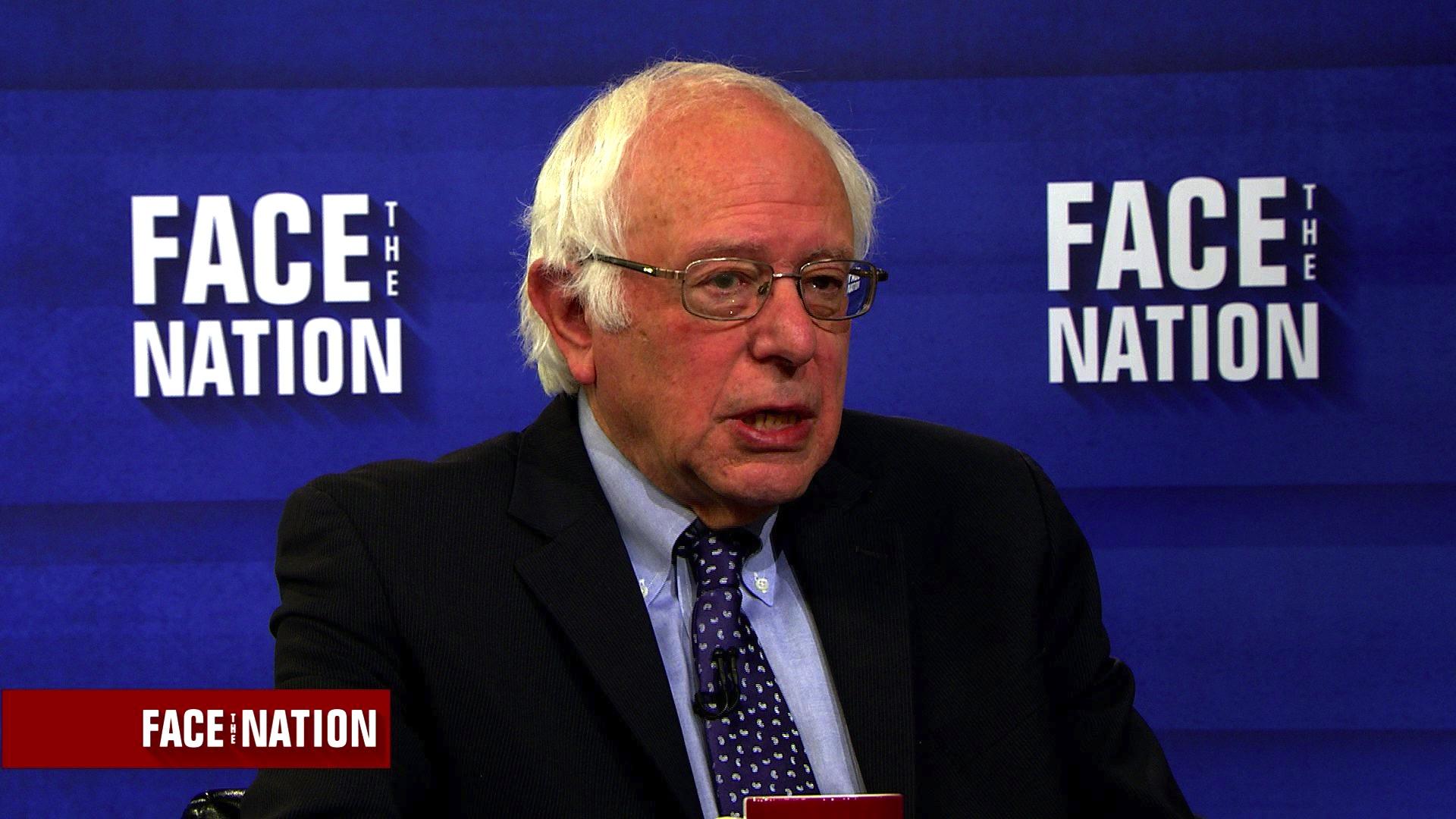 “He won the election,” Sanders told CBS’ “Face the Nation.” “I did everything I could to see that he not become elected, but he won. Our job now is to hold him accountable.”

The Vermont senator and former 2016 hopeful said there’s some common ground to be had with Trump, who tapped into the anger and frustration among the white working class in the United States. Sanders, too, struck a chord with many voters this year with his criticism of the country’s elite.

“If Mr. Trump in fact has the courage to take on Wall Street, to take on the drug companies, to try to go forward to create a better life for working people we will work with him on issue by issue,” he said. “But if his presidency is going to be about discrimination, if it’s going to be about scapegoating immigrants or scapegoating African Americans or Muslims, we will oppose him vigorously.”

The next question for Democrats, Sanders said, is to try to understand why their message is losing at the ballot box not just for the White House, but for state and local offices around the country -- and said the “liberal elite” and their focus on high-dollar fundraising plays a role.

“How does it happen that they win elections and Democrats lose?” he asked. “And I think what the conclusion is Democrats have focused too much with a liberal elite which is raising incredible sums of money from wealthy people in the upper middle class but has ignored to a very significant degree the working class and the middle class and low-income people in this country.”

Trump himself, Sanders added, is part of the reason Democrats lost: he has “very, very good political instincts.”

“What he understood, which many Democrats did not, which is if you are an average American out there making $30, 40, 50 thousand dollars a year …  you know what, John, you’re pissed off, you’re not happy about it, you’re seeing your jobs to go to China,” Sanders said.

Asked who was now the de facto head of the Democratic Party, Sanders replied: “I’m not into leaders.” He has backed Rep. Keith Ellison (D-Minnesota) as the next chairman of the Democratic National Committee -- a position that will ultimately say a lot about the future direction of the party.

“I am into building a movement which transforms this country and brings people together around an agenda that works for the middle class and working families,” he said.

Sanders’ question for Trump now, he said, is whether he will actually do something to make good on his promises to help the country’s frustrated working class.