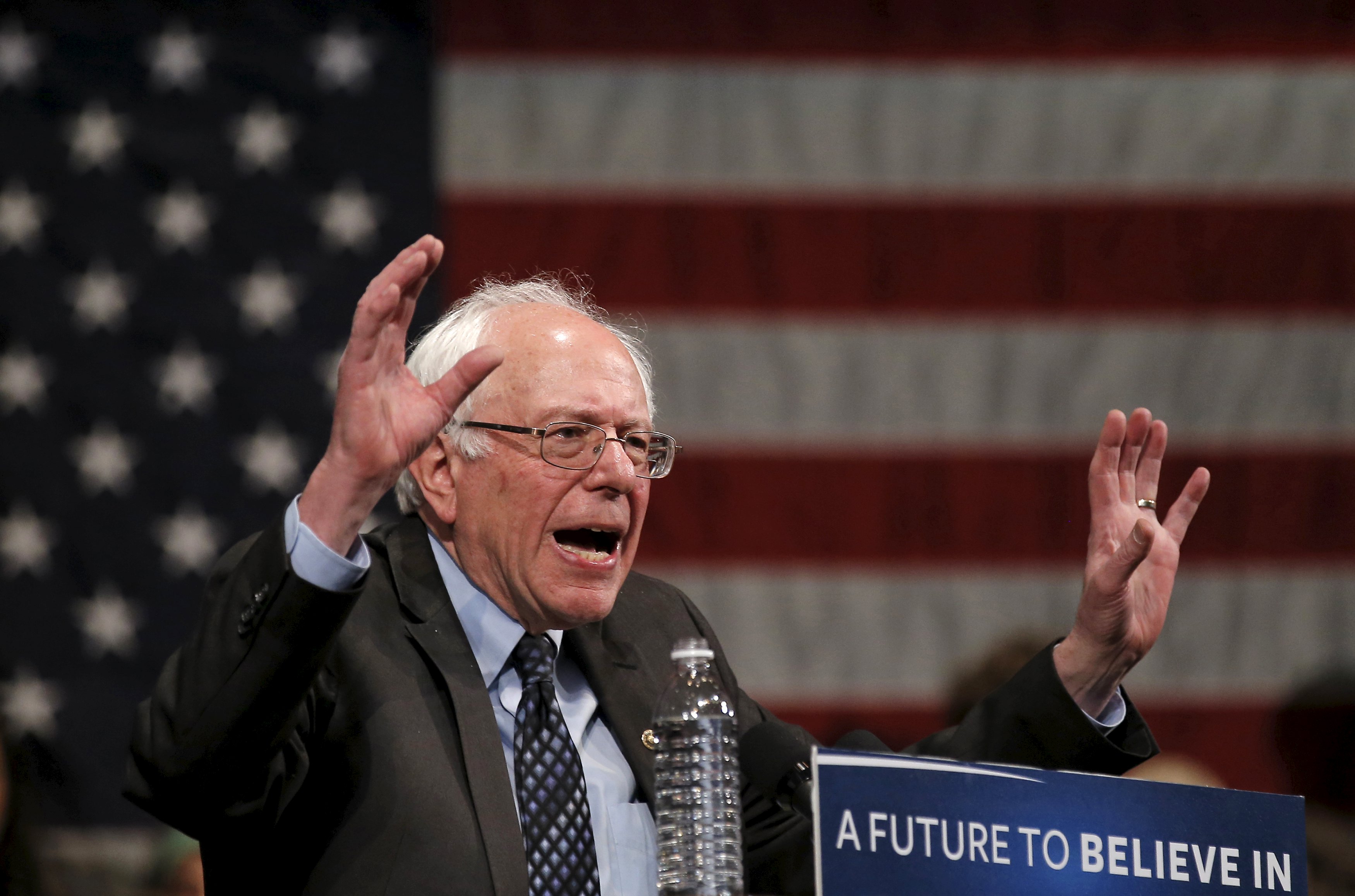 Republican insiders are busy organizing against Donald Trump. Democratic superdelegates are lining up against Bernie Sanders. Yet on Tuesday night, the anti-establishment candidates from both parties once again demonstrated the staying power of their campaigns.

"There's only one person did well tonight: Donald Trump, I will tell you," Trump happily declared from Jupiter, Florida after winning the Republican primaries in Michigan and Mississippi. The front-runner spoke before results were in from the GOP contests in Hawaii and Idaho. Ted Cruz went on to win Idaho, but Trump capped his night with a win in the Hawaii caucuses.

On the Democratic side, both candidates performed well. Hillary Clinton, for her part, picked up a solid victory in the Mississippi primary, cementing her support in the South. Yet Sanders' narrow victory in Michigan was more significant: the Vermont senator not only defied polls that showed Clinton leading in Michigan by double digits, but he also demonstrated that he can win a state with a racially diverse electorate.

Sanders' Michigan victory also indicates that his campaign focus on income inequality resonates in the Rust Belt, potentially propelling him in upcoming nominating contests in Ohio and Illinois.

"The political revolution we are talking about is strong in every part of the country," Sanders said from Florida Tuesday night. "Frankly, we believe our strongest areas have yet to happen." Voters, he continued, "are tired of a corrupt campaign finance system... They are tired of a rigged economy in which people in Michigan, people in Illinois, people in Ohio, are working longer for lower wages."

Sanders' unexpected victory gives him much-needed momentum after a string of primaries in the past week put Clinton firmly on the path toward the Democratic nomination. That momentum, combined with his strong fundraising, could keep Sanders in the race all the way through to the Democratic convention -- even though he may never be able to catch up with Clinton in the delegate count.

CBS News senior political director Steve Chaggaris pointed out on CBSN Tuesday night that if Sanders stays in the running that long, it wouldn't be unprecedented. In 2008, Clinton herself stayed in the Democratic primary until the very end, even after it became clear she could not mathematically catch up to Barack Obama. In 2004, Dennis Kucinich stayed in the race even after John Kerry won enough delegates to secure the nomination. And in 1992, Jerry Brown competed against Bill Clinton in the Democratic convention.

For Hillary Clinton, Sanders' enduring campaign means she must keep one eye on the ongoing primaries while trying to shift her focus toward the general election. She did that in her remarks in Cleveland Tuesday night, where she continued her attacks against both Sanders and Trump.

"You can't be talking about building walls or turning the clock back," she said, alluding to the GOP front-runner. "We have to build on what made America great in the first place: our energy and optimism, our openness and creativity."

Clinton also continued to hammer Sanders for his mixed voting record on the auto bailout, an attack she rolled out earlier in the week during a Democratic debate. Her focus on this issue aims to undercut the impact of Sanders' economic platform in Midwestern states with large numbers of auto industry workers.

"I voted for the rescue funds that saved America's auto industry," she reminded the Cleveland crowd. "I'll always stand by our autoworkers...I'll also invest in manufacturing and small business and clean energy."

As the Democrats continue that debate in the Midwest, they will also renew their conversation over immigration and other issues important to Hispanic voters in Florida.

Meanwhile, the Sanders campaign on Tuesday held a conference call with reporters to stress the candidate's commitment to the Latino community. Sanders himself was in Miami Tuesday night, rallying a crowd of about 3,800 people.

On the Republican side, Trump's victories in Michigan, Mississippi and Hawaii helped cement his front-runner status--and made it clear the anti-Trump opposition has not coalesced around any one of his rivals. In Mississippi, exit polling showed him winning demographics almost across the board: Trump did well among men and women, among young voters and older voters, and even bested Ted Cruz narrowly among evangelicals.

But Trump wasn't the only Republican who had a good night: for John Kasich, a stronger-than-expected finish in Michigan gives him some momentum heading into next week's contests. Kasich has acknowledged that his home state of Ohio, which votes in a week, is a must-win. With 97 percent of precincts reporting, Kasich had 24 percent of the vote there, finishing just one percentage point behind Ted Cruz. The Ohio governor had worked hard in the days leading up to Michigan to lower expectations for his performance there, though in mid-February he had said he needed to do "really, really well" there to continue on in the race.

One warning sign to watch for Kasich, however: 37 percent of those voting for him said they voted for Kasich largely because they disliked the other candidates.

Ted Cruz also scored a victory in Tuesday's contests, winning Idaho. This brings his delegate count up to 341, keeping him competitive with Trump, who has 430 delegates.

For Rubio, though, a particularly poor showing in the biggest two voting states of the night only helped cement the narrative that his campaign is on the decline. He came in fourth in both states, behind Kasich: with 95 percent of precincts reporting in Michigan, his support there stood at just 9 percent. And in Mississippi, Rubio received just under 5 percent of the vote. Given those low figures, Rubio will not receive delegates for either state.