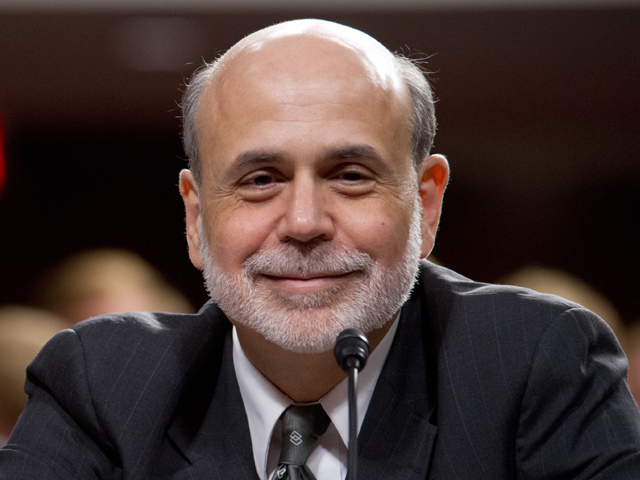 (MoneyWatch) Anyone looking for signs of further monetary easing from the Federal Reserve will be disappointed by Chairman Ben Bernanke's testimony today before the Senate Banking Committee. Although the central bank is missing both its inflation and unemployment targets -- inflation is running lower than the 2 percent rate Fed would prefer and unemployment is too high -- Bernanke did not advance the discussion past what the Federal Open Market Committee laid out at its June meeting.

However, Bernanke's assessment of the economy is bleak. Promising that the Fed will do its job, he sounded concern about the trajectory for fiscal policy and acknowledged the risks from Europe.

All of that points to the Fed leaning toward further economic stimulus. In the question and answer session with lawmakers that followed his formal remarks, Bernanke did say that the Fed is examining its options for further easing should it be needed. That statement is quite different from the internal discussions the Fed was having not  long ago about how to remove the easing that was already in place. So all hope is not lost for those looking for the Fed to take action to spur growth. For now, however, Bernanke is holding his cards close to his chest.

Bernanke offers no hints of immediate actionFed had no power to change LIBOR
Economy: Good news from builders, but not factories

What would change that? We don't know what other members of the Fed are thinking, and Bernanke may not be willing to speak for them. It could be that the Fed is already leaning toward more easing even though he has not said so specifically. Some of the communication from other Fed members hints in that direction.

But if the incoming economic data continues to be weak -- most recently, retail sales were down for the third month in a row (but industrial production and capacity utilization are both up, which muddies this signal -- then I expect more easing will be forthcoming at the next FOMC meeting, if not before.