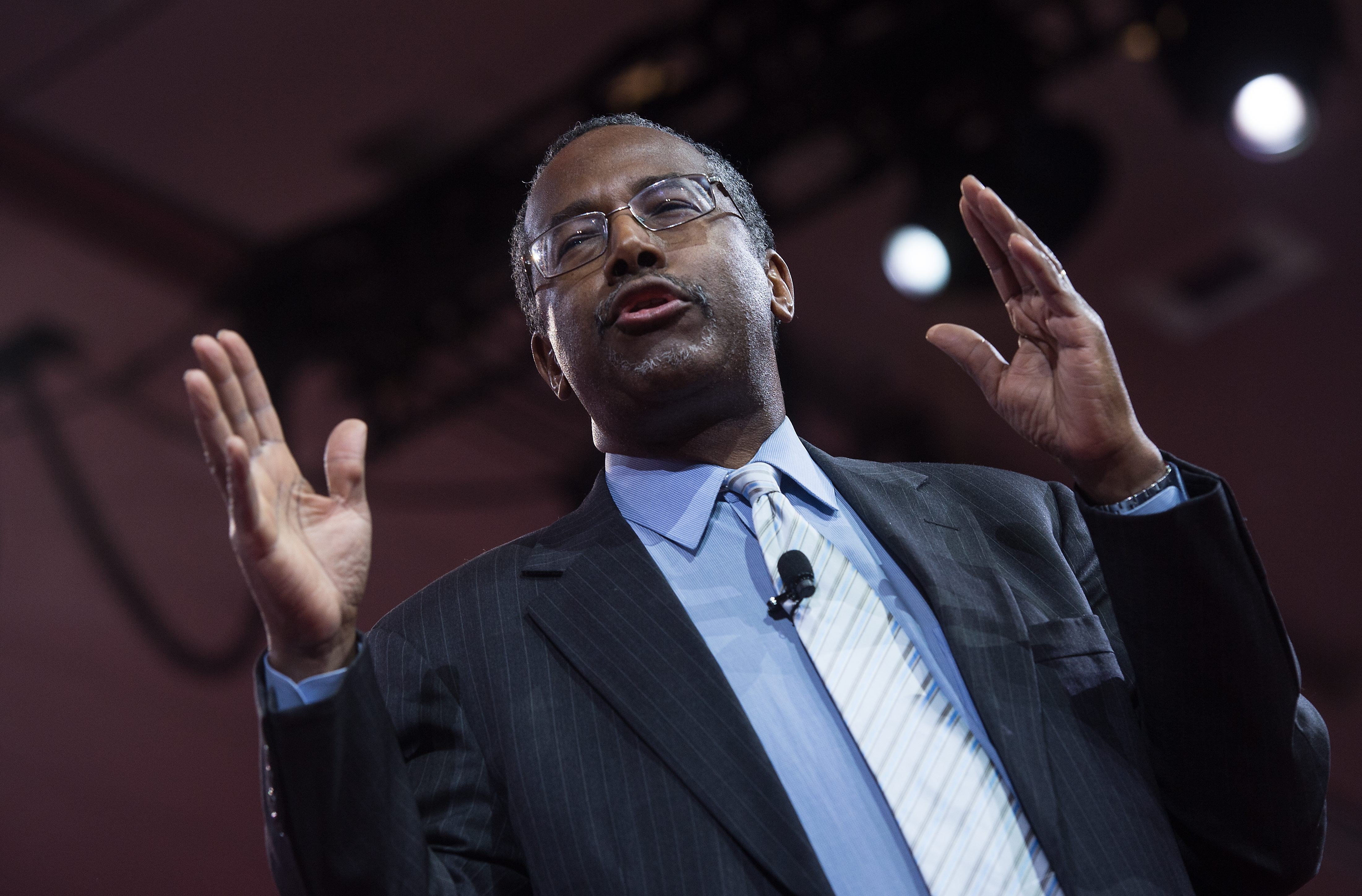 During a discussion about Russian aggression in Ukraine, Hewitt asked Carson whether we should "have that sort of commitment, that if [Russian President] Putin makes a move on the Baltic states we'd go to war?"

The problem? The Baltic states - Estonia, Latvia, and Lithuania - are already in the North Atlantic Treaty Organization, a security alliance that commits all its members to respond to an attack on one member.

Hewitt quickly pointed out Carson's error. "Well, the Baltics, they are in NATO," he said. Carson was spared the need to respond by a commercial break.

Earlier in the broadcast, Hewitt asked Carson about the origin of al Qaeda and root of the terrorist group's violent ideology.

"Well, first of all, you have to recognize they go back thousands and thousands of years, really back to the battle between Jacob and Esau," Carson began. "But it has been a land issue for a very long period of time."

"I'm just saying that the conflict has been ongoing for thousands of years," Carson replied. "This is not anything new is what I'm saying."

It may be worth noting that Carson's biblical reference isn't without its defenders. In the Bible, Jacob and Esau were brothers, the sons of Isaac and grandsons of Abraham. According to scripture, the two parted ways on bad terms after Jacob stole Esau's birthright. Some Christians believe Esau's descendants live in what is now the Islamic world, just as Jacob, who was also called Israel, is seen as one of the fathers of Judaism.

But if Carson's errors, particularly on foreign policy, begin to pile up, it could spell trouble for his political future. He's a favorite among the conservative grassroots, but he's never run for office before, and many in the GOP establishment aren't sure whether he'll emerge as a serious candidate.