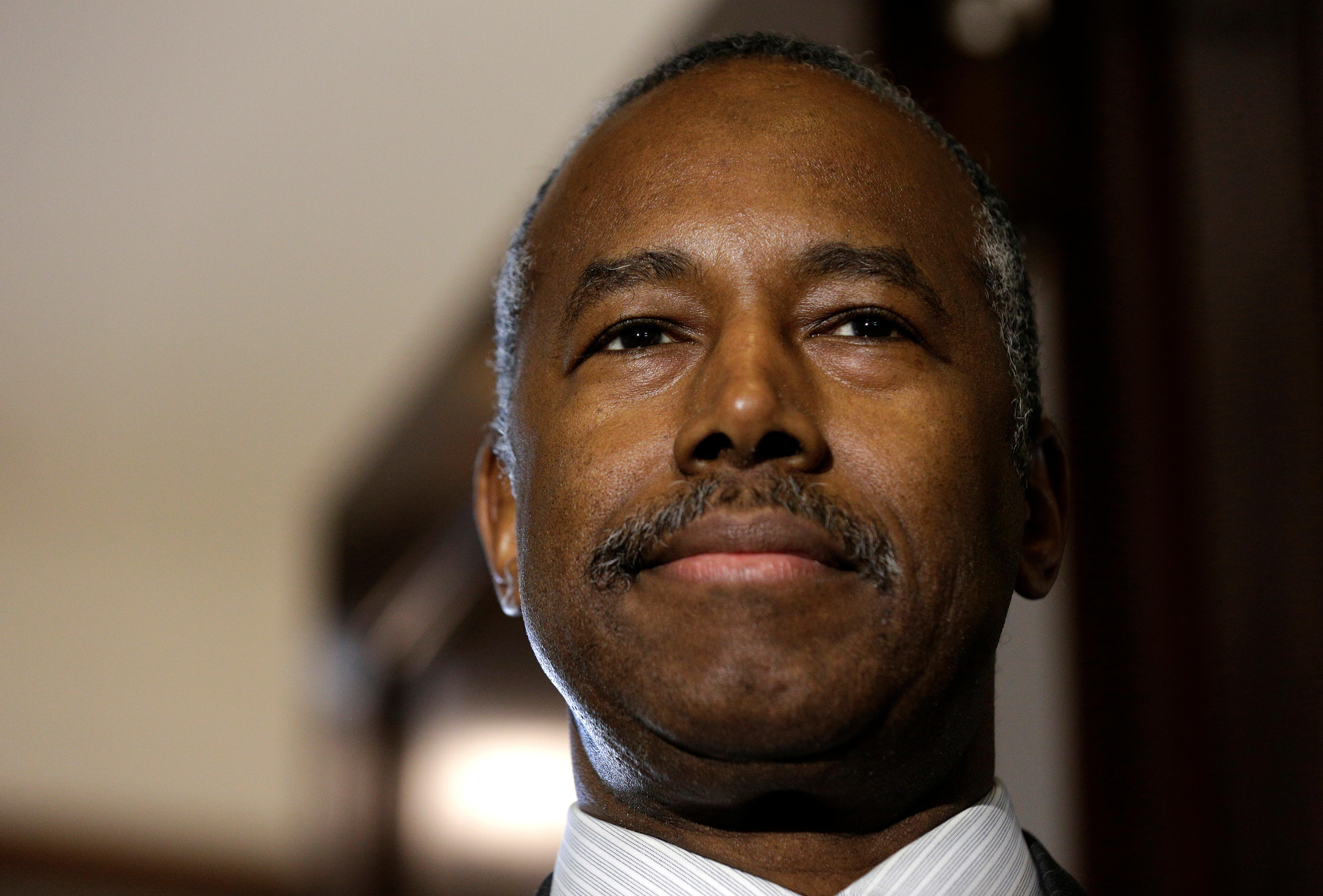 "Judge Moore is a fine man of proven character and integrity, who I have come to respect over the years," Carson said in a statement paid for by Moore's campaign. "I was delighted to hear he is running for the U.S. Senate. He is truly someone who reflects the Judeo-Christian values that were so important to the establishment of our country. It is these values that we must return to in order to make America great again. I wish him well and hope everyone will make sure they vote on Tuesday."

While Carson didn't explicitly ask people to vote for Moore, Carson's words highlight the GOP divide in which Mr. Trump is breaking with many of his key, hard-right supporters. Moore, an ultra-conservative and religious former Alabama Supreme Court judge, has been endorsed by the likes of former Alaska Gov. Sarah Palin and former Arkansas Gov. Mike Huckabee.

With Moore leading in the polls — by 6 points on average, according to Real Clear Politics — Mr. Trump has become increasingly involved in the campaign. The president has tweeted his support for "Big Luther" throughout the week, and he will campaign for Strange in Alabama Monday.

Carson's statement, while he doesn't specifically endorse Moore over Strange, could run afoul of federal ethics concerns. The Hatch Act prohibits most government officials from political involvement, although Carson didn't use his title in the statement Moore's campaign released.

Strange was appointed to the U.S. Senate earlier this year, when Jeff Sessions became attorney general. Strange and Moore ran in the Republican primary earlier in the year, but neither earned enough votes to avoid a runoff.