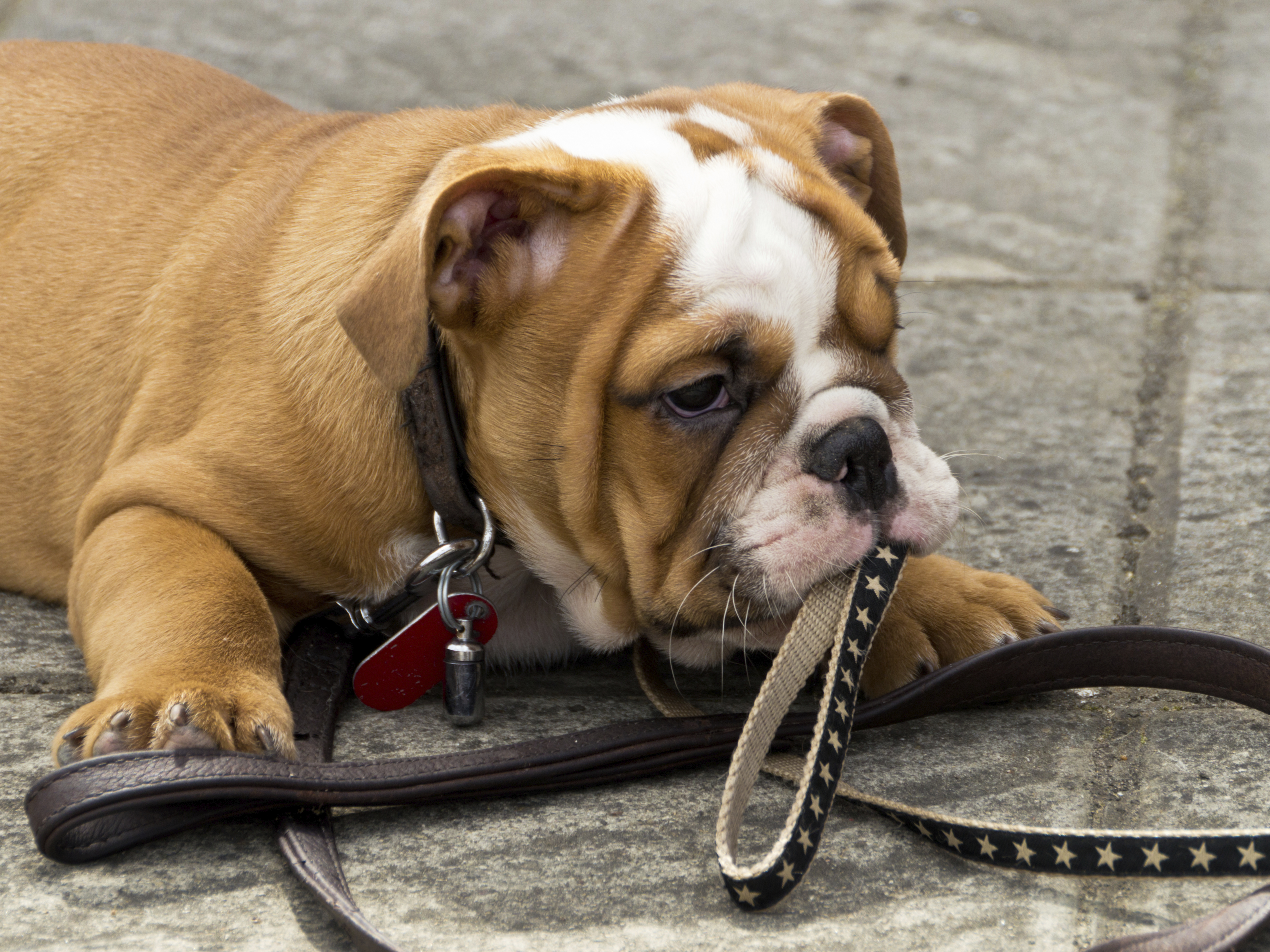 The future of a favorite dog breed, the English bulldog, may be in jeopardy, a new genetic study suggests.

Too much inbreeding has left bulldogs without the diversity needed in their gene pool, putting the health of future pups at risk, researchers from the University of California, Davis, reported in the journal Canine Genetics and Epidemiology.

"The English Bulldog truly is a breed in trouble," they report. "Inbreeding ... has brought the breed to a crisis point."

The scientists came to their conclusion after completing the first broad-based assessment of the breed's genetic diversity using DNA. The study's lead author Niels Pedersen, distinguished professor emeritus at UC Davis School of Veterinary Medicine's Center for Companion Animal Health, told CBS News, "There are a whole litany of different problems associated with their structure and inbreeding. We were not surprised to find they did lack genetic diversity."

The researchers found that many large regions of the genome have been altered over centuries of breeding -- focused mostly on changing the dog's appearance. Many changes have occurred within the last couple of decades, Pedersen said, as the dogs have been bred for increasingly stocky builds and shorter snouts. He explained that the study showed very little wiggle room in the breed for making additional genetic changes that might do away with serious health issues.

Common English bulldog health problems include breathing troubles associated with the dogs' facial structure, and complications because of their layered skin.

"The furrows in their skin can get moisture in them and get infected," Pedersen explained.

Their skeletons have also been modified through selective breeding over time, to the point that many English bulldogs are now essentially "deformed," said the author. Many suffer from joint disease, including hip and elbow dysplasia, and ruptures in the spine.

"Changes in their skeletal structures and their breathing problems have made it difficult for them to breed normally and give birth normally," said Pedersen, explaining that many require C-sections. "You start to see the whole viability of the breed to collapse."

The list goes on: Bulldogs have problems with their immune systems and are more susceptible to immune conditions, including allergies; their tails, bred to look like a corkscrew, often get so infected they need to be amputated; and the dogs are prone to ear infections. Many have dental problems as well, due to the lower jaw pressing forward.

The lifespan of a purebred English bulldog, the fourth most popular dog, is not long.

"It's about six years overall. A bulldog puppy -- if it's having a lot of health problems by age one, that it will probably only live four-and-a-half to five years. If it remains healthy in the first year of life, it can live to be as long as eight years," Pedersen said.

By comparison, a mutt that weighs about 30 pounds can easily live 15 to 17 years, he said.

The researchers also note that bulldogs now have smaller litters and fewer of their puppies survive.

There's currently a debate between many English bulldog breeders on the one hand, and veterinarians and animal rights activists on the other who say it's time to breed the dogs with other types of dogs to expand the gene pool -- ultimately improving their health. And in fact, some attempts have already been made and have resulted in healthier dogs, said Pedersen. But some breeders feel strongly that it will "spoil" the English bulldog breed.

"Just because they're great apartment dogs -- affectionate, and some think they're cute and baby-like -- you can't just breed them because they're popular. That's no excuse for allowing them to be unhealthy, and that's where it is right now," Pedersen said.