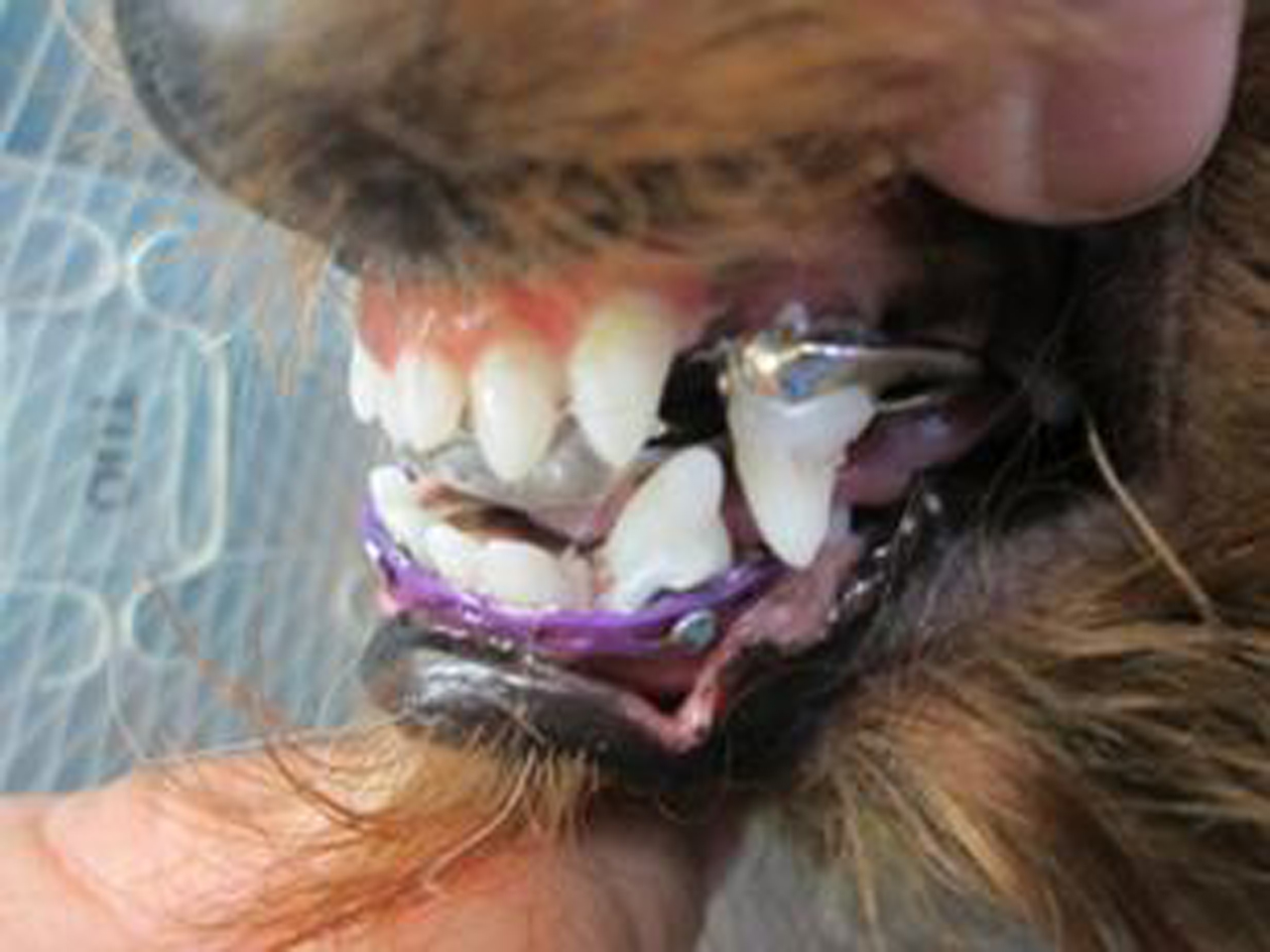 Dental care isn't just for humans. Dogs and cats need it too.

"Not only can dental problems cause pets to have oral pain and infection, but the bacteria from oral disease can spread through the bloodstream to the vital organs," he explained.

Carmichael treats a variety of dogs, cats and even Bronx Zoo animals. He says that about 85 percent of canines have serious periodontal disease that needs treatment.

But by the time most owners come in complaining about their pet's bad breath, there are more serious problems present. While humans might complain of a toothache, animals have a higher threshold for pain and may not act like anything is wrong.

"Very often the most common sign of serious dental problems in pets is no sign at all, which makes our job as pet owners and veterinarians that much more important to be able to diagnose these problems and treat them effectively," Carmichael said.

Many dental problems that dogs and cats face are similar to those that affect humans, but there are some notable differences.

A common problem in cats -- affecting about 72 percent of felines -- is a type of cavities known as tooth resorptions. Resorptions occur when cells inside the tooth start eating their way from the inside out. Dentists still don't know what causes these. Human cavities are treated by placing fillings on the tooth in question, but by the time tooth resorptions are diagnosed in cats, it's often too late to do anything besides pull out the problem tooth.

Dogs rarely get cavities, although they often suffer from gum disease.

Unlike humans, animals need to undergo general anesthesia each time they get work done. It has become safer over the years and the monitoring systems are better, making it 99.9 percent certain that a healthy pet will make it through, according to Carmichael. Still, there are still very minor risks of complications and even death.

For those who need it, these days there are even orthodontics for pets. Dogs who have lingual displacement of the mandibular canine teeth -- meaning the fangs are too close to the tongue and poke into the roof of the mouth -- can benefit from having braces. These braces aren't for aesthetics, but are used to prevent further pain to the animal and help them to eat.

"Dogs don't care about aesthetics, and we don't care if the dogs don't care. But what we do are about is if the orthodontic problems are causing health problems," he said.

Another recent advancement in dog orthodontics is a PetAlign, a version of Invisalign for pets. While dogs probably don't care what other dogs say about their metal mouths, using this device instead of conventional braces has the advantage of only requiring anesthesia once, when the vet makes a mold of the dog's teeth. Then, the owner can slip the PetAlign device on and off by themselves.

Sometimes Carmichael is able to fix an animal's teeth in a much simpler way. For example, to correct the bite of one of his dog patients, he "prescribed" that the dog bite down on a lacrosse ball 15 minutes a day, three times a day. Two months later, the dog had a perfect bite.

"I was at the pet store the other week, and I went down the aisle to look at what the premier dog treats were. There was a whole row of elk antlers, and every single one of them is sitting on the shelf, waiting to break one of my patients' teeth!"

If an animal does chip a tooth, it's possible to get a crown to cover the problem area.

Carmichael stressed the importance of making sure pets get their teeth examined by their veterinarian at least once a year and ideally twice a year. Vets can make recommendations as to whether or not the pet needs additional professional treatment.

"Thankfully I see more and more owners that have realized that the key to a good, long, happy, healthy life for pets is to take care of their teeth," he said.