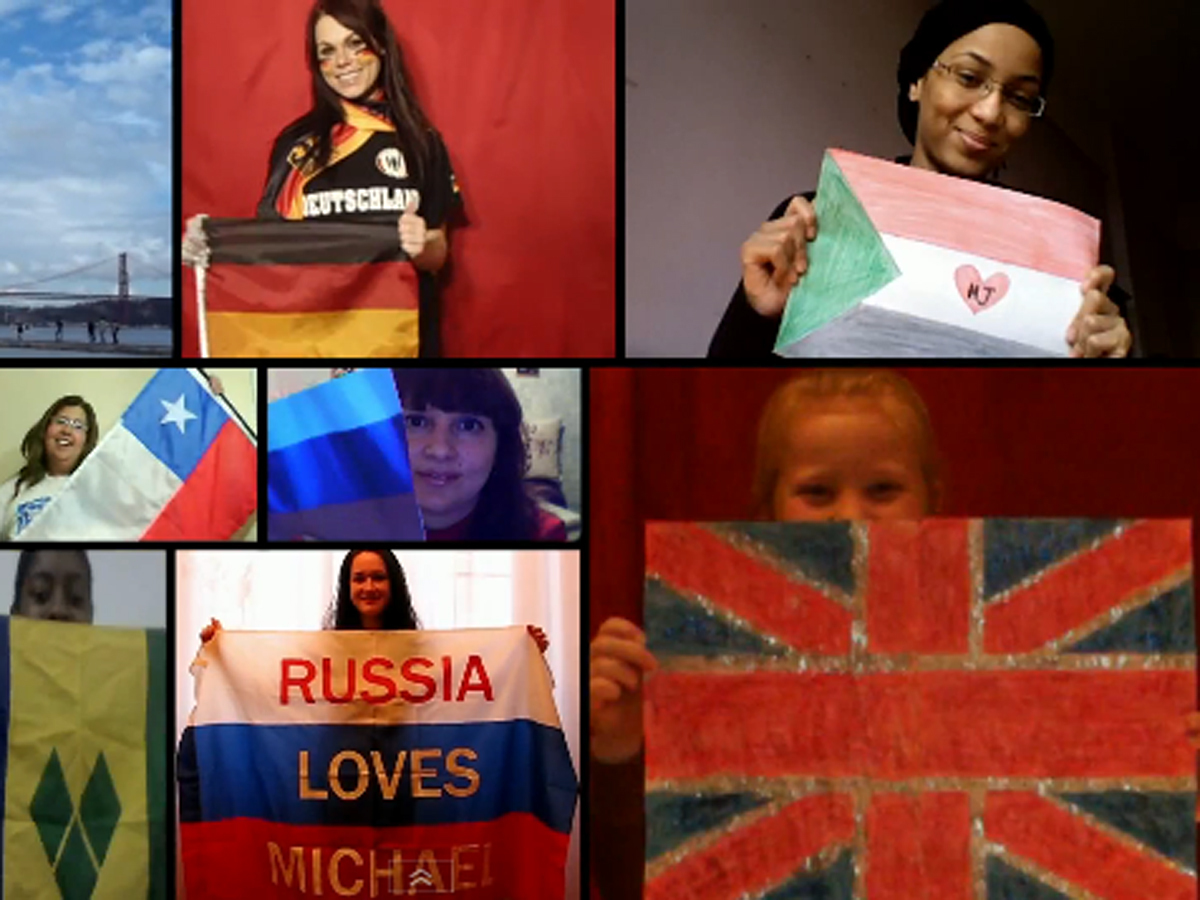 (CBS) - The "Behind the Mask" project started in March, features thousands of fans from across the world paying tribute to the late Michael Jackson.

The posthumous video for the King of Pop was released last night and exhibits fans in various MJ signature outfits, performing his famous dance steps, facial expressions, and choreography.

Grammy-nominated director Dennis Liu was in charge of piecing the video together from the thousands of fan submitted videos received for the project. The single "Behind the Mask" is off of the posthumous album "Michael" which dropped back in December.

It is incredible to see the representation of the voices of MJ fans from all around the world. Their creativity and talents united behind the spirit and flair of MJ, makes this project and ultimately this crowd-sourced video truly remarkable.