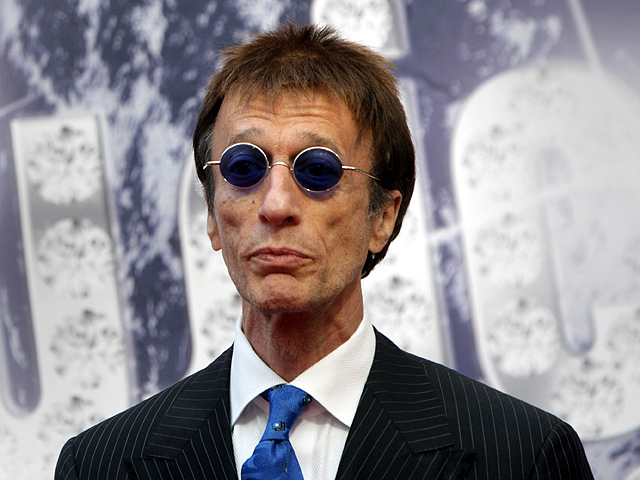 (CBS/AP) Robin Gibb has been in the hospital battling pneumonia and was too ill to attend the London premiere of "The Titanic Requiem," his first classical work, on Tuesday.

Gibb composed the symphonic piece with his son, Robin-John Gibb, and was scheduled to perform a new song, "Don't Cry Alone," during the concert at The Royal Albert Hall.

But in a message read out to the audience, Robin-John said his 62-year-old father is still in the hospital recovering from the intestinal surgery he had last month.

Robin-John Gibb told the audience: "He sends all his love ... We are all praying for him and hoping he has a speedy recovery."

The requiem, performed by the Royal Philharmonic Orchestra, commemorates the April 1912 sinking of the ocean liner and the loss of more than 1,500 lives.

Robin Gibb was hospitalized late last year for stomach and colon problems. He recently returned to the hospital to undergo more surgery.