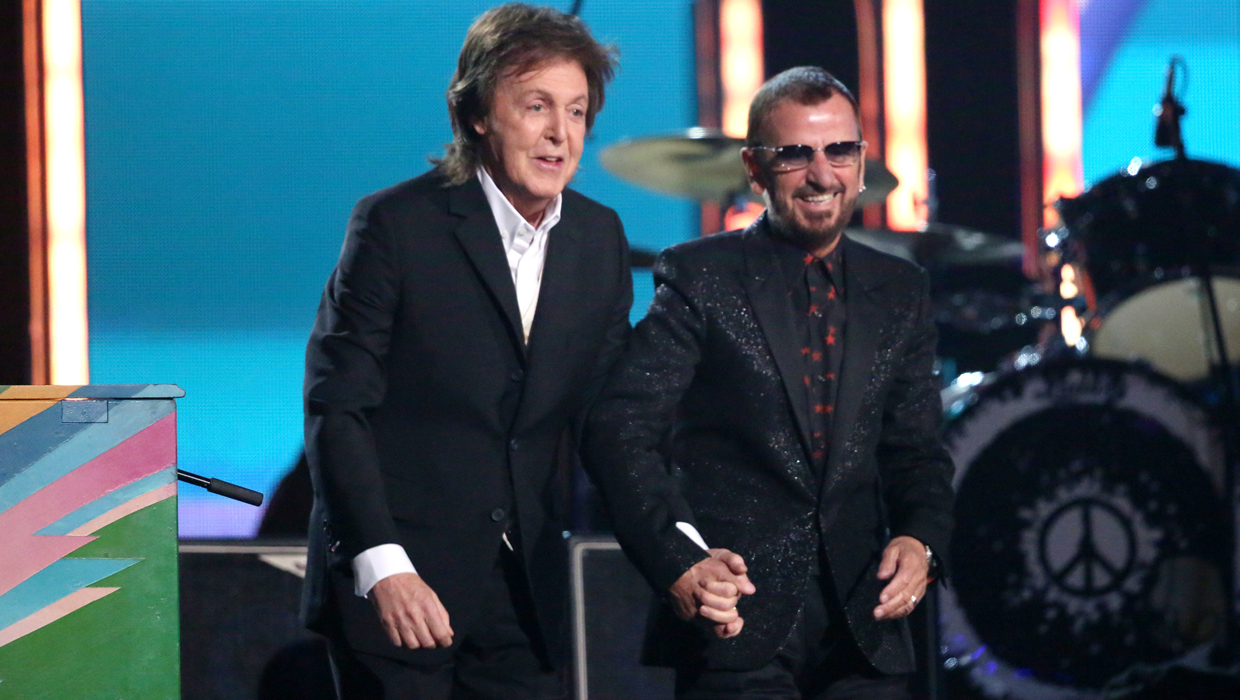 Surviving Beatles Paul McCartney and Ringo Starr graced the Grammy Awards stage -- both alone and together – Sunday night at the Staples Center.

Viewers first saw McCartney go up to accept the best rock song Grammy with Dave Grohl for "Cut Me Some Slack." Starr later performed his solo track “Photograph,” which received a standing ovation.

Actress Julia Roberts later spoke about the Beatles' impact before introducing Paul McCartney's performance -- where he got a little help from his friend Ringo Starr on drums. Together they played "Queenie Eye," a song off McCartney's latest album, "New."

At the song's finish, the former Beatles held hands, bowed and gave each other a hug -- a touching moment.

Sunday's reunion performance coincides with the 50th anniversary of the Beatles arrival to the U.S. CBS plans to salute the occasion with a television program next month and a live multimedia event on Feb. 9 at the Ed Sullivan Theater in New York.