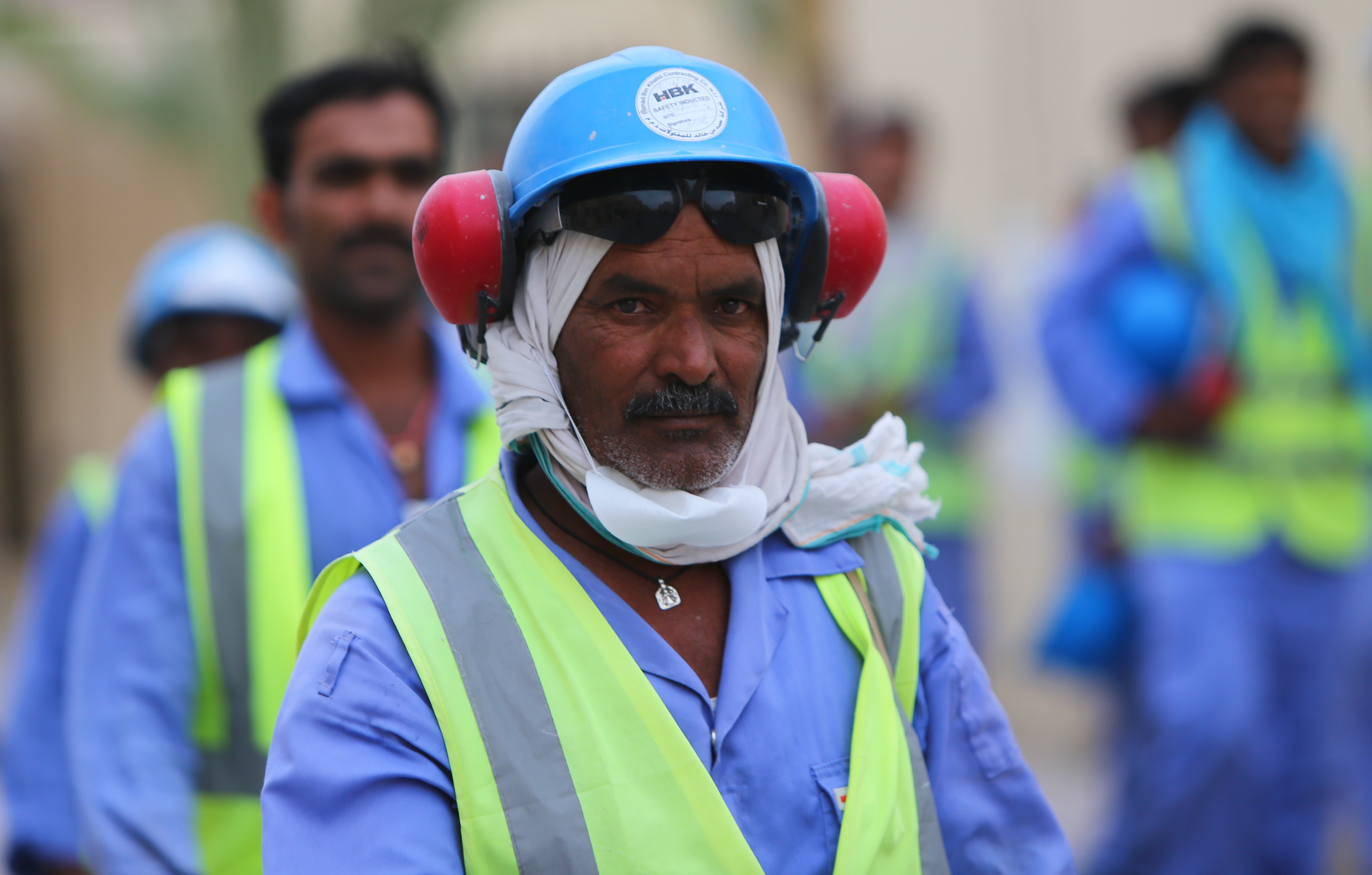 LONDON -- A BBC reporting crew spent two nights in a Qatari prison after being arrested while trying to meet migrant workers in the nation that will host the 2022 World Cup, the British broadcaster said Monday.

BBC journalist Mark Lobel was detained with three colleagues ahead of a government-organized public relations tour of official accommodation for low-paid workers.

The Qatari government, which invited the BBC and other media outlets including The Associated Press on the trip, said Lobel and his colleagues were arrested because they were trespassing on private property.

Lobel reported that he, a camera man, translator and driver were interrogated without being "accused of anything directly."

"An hour into my grilling, one of the interrogators brought out a paper folder of photographs which proved they had been trailing me in cars and on foot for two days since the moment I'd arrived," Lobel wrote Monday in a BBC website article which didn't disclose the date of his arrest.

Lobel said one of the people interrogating him said: "This is not Disneyland. You can't stick your camera anywhere."

Lobel said he was given a "disgusting soiled mattress" to sleep on in prison, went without food on the first day and was denied any phone calls.

Although Lobel was released without charge and able to conduct to an interview with Qatar's labor minister, he said the BBC equipment has yet to be returned.

A German TV film crew was arrested in Doha in March as media outlets continue to investigate conditions for the hundreds of thousands of migrant workers in the nation which is rapidly expanding to provide the infrastructure required for the World Cup.

The Qatari government said in a statement that the BBC was among a dozen reporters invited to see "some sub-standard labor accommodation as well as some of the newer labor villages."

Security forces were only called to detain the BBC crew because they were "trespassing on private property and running afoul of Qatari laws," the government statement said, accusing Lobel of making "himself the story."

"The problems that the BBC reporter and his crew experienced could have been avoided if they had chosen to join the other journalists on the press tour," the statement added. "They would have been able to visit - in broad daylight - the very camps they tried to break into at night."

FIFA said it was concerned by any "apparent restriction of press freedom" but said media must gain the necessary permissions to film in World Cup host nations.

"We are currently seeking clarity from the Qatari authorities of the situation that the BBC has contacted us about," FIFA said in a statement.

Last year, organizers of the 2022 World Cup denied allegations of wrongdoing after a British newspaper report questioned the integrity of choosing the emirate as tournament host.