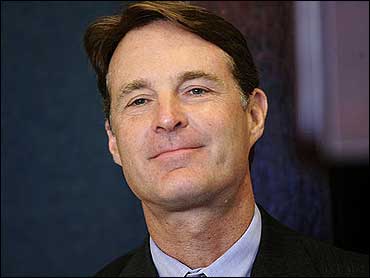 Democratic Sen. Evan Bayh of Indiana will not seek the presidency in 2008, saying he believes the odds of a successful run were too great to overcome.

"At the end of the day, I concluded that due to circumstances beyond our control the odds were longer than I felt I could responsibly pursue," Bayh told the Indianapolis Star. "This path and these long odds — would have required me to be essentially absent from the Senate for the next year instead of working to help the people of my state and the nation."

The announcement comes just three weeks after Bayh, in an appearance on a Sunday talk show, announced that he would take a first step toward a 2008 presidential campaign, forming an exploratory committee. His decision narrows a field dominated by Whites House hopefuls, Sens. Hillary Rodham Clinton of New York and Barack Obama of Illinois.

Bayh is a Democrat with a record of political success in a Republican-leaning state. He had been pointing toward a run for the White House for months, and had $10.5 million in his Senate campaign bank account as of Sept. 30. Money that could be transferred to his exploratory committee.

In addition, the senator recently hired his first paid organizer for Iowa, the state whose caucuses will be the opening competition of the campaign.