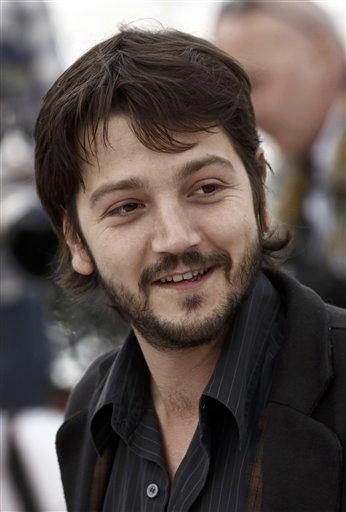 President Bush and Sen. John Kerry, their animosity stirred by a contentious second debate, lit into each other over Iraq, jobs and debate performance on Saturday in critical battleground states. Kerry also criticized the administration for the shortage of flu vaccine.

"We now know the administration knew ahead of time that there wasn't going to be enough vaccine," Kerry asserted as he campaigned in Ohio. The administration has denied it had advance warning.

Instant polls did not give either Bush or Kerry a clear edge in Friday's wide-ranging debate in St. Louis before an audience of uncommitted voters. But Republicans were heartened by what they saw as a steadier, more focused and aggressive performance by the president than in the first debate, where he displayed bouts of impatience and peevishness.

Mr. Bush and Kerry ventured into each other's "must win" states. Mr. Bush campaigned in Iowa and Minnesota, states won by Democrat Al Gore in 2000. Kerry had stops in Ohio and Florida, states won by Bush in 2000.

During a visit to the nursing school at Lorain County Community College in northeastern Ohio, Kerry accused the administration of misleading Americans on the flu vaccine shortage.

"The administration, we've learned today, is playing fast and loose again with the facts and the truth to the American people because they pretended and they've acted surprised that we didn't have the vaccines," Kerry said. "Rather than tell the truth to the American people, they've acted surprised and pretended it just sort of happened on their watch."

Kerry did not elaborate, but a story from London in Saturday's editions of the Washington Post quoted British health officials as saying their American counterparts were told in mid-September that problems at a drug manufacturing plant in northwest England could disrupt vaccine supplies to the United States.

Both candidates sharply critiqued the other's debate performance of the night before.

"The reason I thought he was making all those scowling faces was because he saw the latest job numbers," Kerry said at a rally in this northeastern Ohio community. At another point, Kerry joked that he was "a little worried ... I thought the president was going to attack (moderator) Charlie Gibson."

Kerry talked to more than 10,000 people during his visit to Elyria, a stop the campaign billed as the first visit by a presidential candidate in 20 years. Kerry repeatedly invoked his plans for the "middle class" foreshadowing the next debate on domestic issues.

He stood in front bales of hay and pumpkins, clearly the backdrop for the fall phase of the campaign.

Kerry said the nation's choice "could really not have been more clear than it was last night."

The Democrats' advisers said he plans intense attacks in the coming days over domestic issues, including job losses, rising health care costs, and stem-cell research, in the run-up to Wednesday's concluding debate in Tempe, Ariz.

Mr. Bush, speaking to more than 7,000 supporters at a Waterloo, Iowa, baseball field, declared himself the winner of the debate and ridiculed Kerry.

"With a straight face, he said, 'I had only one position on Iraq.' I could barely contain myself. He must think we've been on another planet," Mr. Bush said, and contended his opponent "doesn't pass the credibility test."

The debate came two days after the chief U.S. arms inspector reported that Saddam did not have illicit weapons nor the means to make them. Mr. Bush said, "We didn't find out he didn't have weapons till we got there." Weapons of mass destruction was the central rationale for the war that has cost more than 1,000 American lives.

Kerry showed a cooler and wordier bearing to the participants and television viewers, but he was no less argumentative than the more heated president. The Republican campaign said Kerry looked haughty, and Mr. Bush aides counted the Democrat's negative facial expressions.

An instant ABC News poll suggested that the voters who tuned in for the Friday night debate picked Kerry the winner by a narrower margin than the first debate. This time, the quick poll showed 44 percent of voters saying Kerry won, 41 percent favoring Mr. Bush and 13 percent declaring a tie. The two men fared about equally in a poll of debate viewers by CNN-USA Today-Gallup. Asked who did a better job, 47 percent said Kerry and 45 percent said Mr. Bush.

Polls before Friday's debate showed the race a virtual tie. A Time magazine poll of likely voters showed the Bush-Kerry race a dead heat, 45-45 percent. Independent Ralph Nader had 3 percent of the vote.