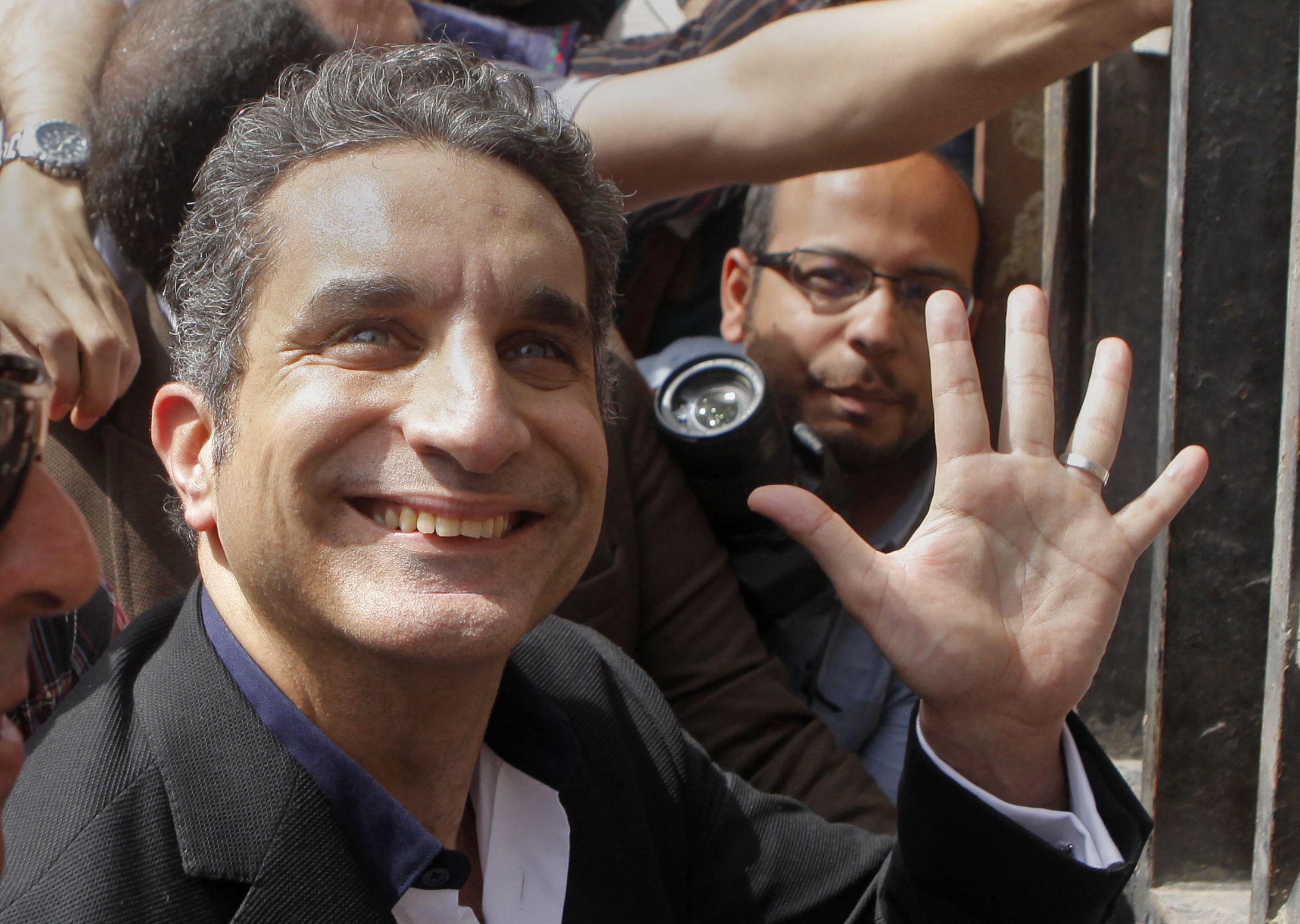 "The people were very nice," Bassem Youssef told CBSNews.com of the Egyptian government officials who interrogated him for five hours on Sunday. "They were quite fair."

Youssef's weekly satirical jabs at Egypt's new, Muslim Brotherhood-backed president, and the conservatives who want him to lead the nation further down the path of Islamic rule, have earned him the nickname, "Egypt's Jon Stewart."

But being Jon Stewart in a country -- in a region, in fact -- where leaders are unaccustomed to being made the butt of jokes, brings with it the risk of criminal charges. An Egyptian prosecutor announced an arrest warrant Saturday for Youssef, on charges of insulting Islam and President Mohammed Morsi. He turned himself in Sunday and was questioned for five hours before being released without charge.

"The problem is the whole procedure," Youssef told CBSNews.com in a telephone interview. He seemed exasperated by the fact that the laws being used to try and silence him date back 200 years.

"If we made a whole revolution and we didn't change a law like this, then this is quite ridiculous," he said. "President Morsi and the Muslim Brotherhood have not made any serious steps to actually improve liberties in the country."

Youssef has been targeted by lawsuits for years, and could still face jail time or a fine over the current charges, if the courts decide to proceed.

Youssef, nonetheless, doesn't seem bitter. Even while calling the government's persecution of himself and other outspoken members of the political opposition "the behavior of a fascist regime," he seems cognizant of the unique challenge facing Egypt's government as it feels its way through what is largely uncharted territory in the Middle East.

"This kind of program is extremely new to the region. We have actually created a huge impact in the region... We are destroying taboos, and taking away the holiness of the leadership through satire, through humor," he explained on Monday. "So I think many people up there are panicking, and they don't know how to deal with it."

Youssef's understanding stops far short of sympathy, however. He said he's not sure whether the government's arrest warrant and the round of interrogation on Sunday were aimed at intimidating him to change his tune. If they were, it hasn't worked.

"Absolutely not. We are actually going to take it to even higher levels, we're going to take it through the roof," Youssef defiantly said of the level of satire in his future shows. "If you tone-down the show, this is exactly what they want."

"We're going to be as bad as we feel that we should."