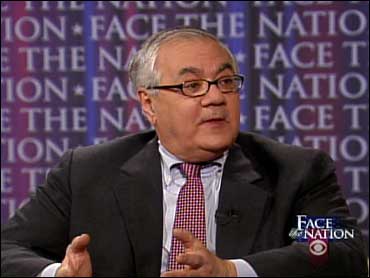 In an interview on 365gay.com, the Democratic lawmaker, who is gay, was discussing gay marriage and his expectation that the high court would some day be called upon to decide whether the Constitution allows the federal government to deny recognition to same-sex marriages.

"I wouldn't want it to go to the United States Supreme Court now because that homophobe Antonin Scalia has too many votes on this current court," said Frank. The video of the interview is available online.

Scalia dissented from the court's ruling in 2003 that struck down state laws banning consensual sodomy. He has complained about judges, rather than elected officials, deciding questions of morality about which the Constitution is silent.

Controversial topics like gay rights and abortion should not be in the hands of judges, he has said, calling on people to persuade their legislatures or amend the Constitution.

Watch The Interview Below