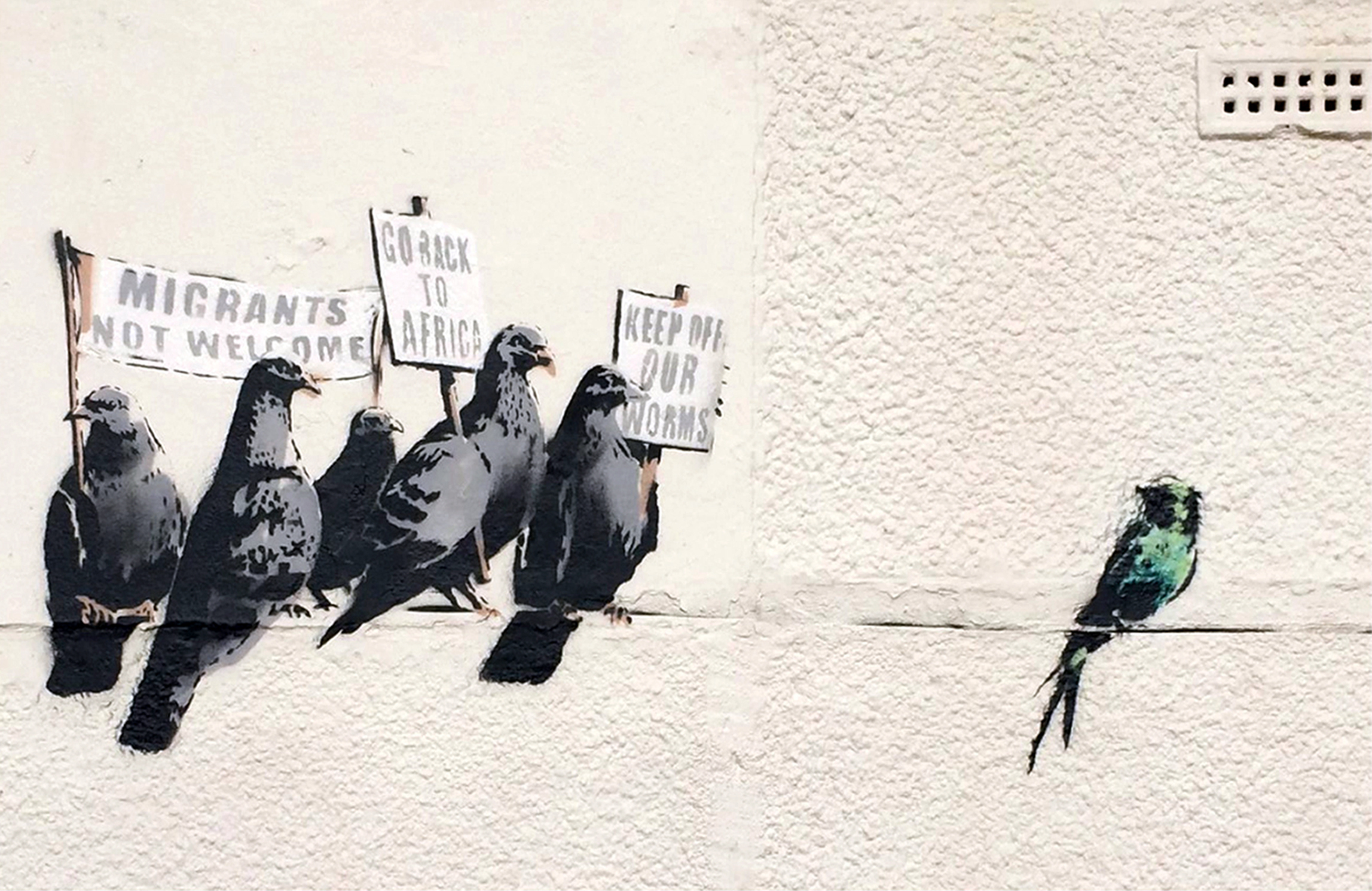 LONDON -- Authorities in southern England were embarrassed but defensive Thursday after telling workers to destroy a mural they later realized was created by the internationally famous graffiti artist Banksy.

Banksy's often satirical works have fetched up to $1.8 million at auction and his images have been controversially stripped from walls and sold for high prices.

The latest mural, which featured pigeons carrying anti-immigration banners, appeared at Clacton-on-Sea, the site of a special election next week featuring the anti-immigration U.K. Independence Party. Tendring Council spokesman Nigel Brown said Thursday that the mural was chemically removed from the wall after complaints that it was racist.

"There was a sharp intake of breath when we realized it was a Banksy," Brown said.

The mural, featured on Banksy's website, showed pigeons holding up signs directed at one exotic-looking bird. One banner reads "Go Back to Africa" while another says "Migrants not welcome."

The elusive artist has a knack for courting attention with an ingenious mix of timing and clever placement. He left an espionage-themed graffiti artwork in the hometown of Britain's electronic spy agency soon after some of its covert activities were revealed by former NSA contractor Edward Snowden.

Brown said the Clacton mural probably went up Monday or Tuesday - only days before the closely fought Oct. 9 by-election that was sparked when the local Conservative Party lawmaker switched his allegiance to UKIP. Brown said he didn't know about the mural until a reporter asked about its location after seeing the image on the artist's website.

Brown defended the council, saying it had a duty to act on concerns that the mural was inappropriate.

"We would love him to come back," he said. "We're not against Banksy or murals."

While most of Banksy's works demand a high price, the artist last year sold a few of his pieces for just $60 in New York.

Banksy was behind the 2010 Oscar-nominated documentary, "Exit Through the Gift Shop."