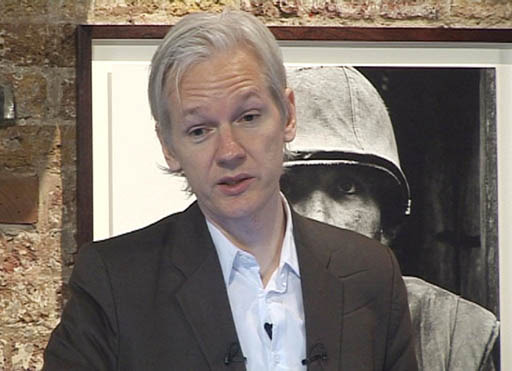 In March, Wikileaks tackled the wars in Iraq and Afghanistan by dumping nearly 500,000 U.S. intelligence documents on the general public, many of which detailed the uglier sides of war. This past week, the Internet organization released about 250,000 diplomatic cables which pulled the curtain back and revealed the frank, often embarrassing assessments of U.S. and international leaders on some of the world's most controversial topics.

The next act for the self-described not-for-profit media organization may be taking on the American banking industry.

In a recent interview with Forbes magazine, the site's founder, Julian Assange, said he will release tens of thousands of documents from a major U.S. financial firm in early 2011. He called the release a comprehensive look at a corporation's bad behavior.

"It will give a true and representative insight into how banks behave at the executive level in a way that will stimulate investigations and reforms, I presume," he told Forbes. "You could call it the ecosystem of corruption, but it's also all the regular decision making that turns a blind eye to and supports unethical practices: the oversight that's not done, the priorities of executives, how they think they're fulfilling their own self-interest."

While Assange did not tell Forbes which bank will be targeted, he did tell Computer World magazine in an October 2009, interview that Wikileaks possesses nearly 5GB of information lifted "from Bank of America, one of the executive's hard drives."

Assuming he avoids his arrest warrant for rape charges in Sweden, Assange may move away from going after the U.S. government and on to going after more private sector entities. Assange told Forbes has damaging, unpublished material from pharmaceutical companies, finance firms (aside from the upcoming bank release), and energy companies, just to name a few industries.

More on the Wikileaks Diplomatic Cables: