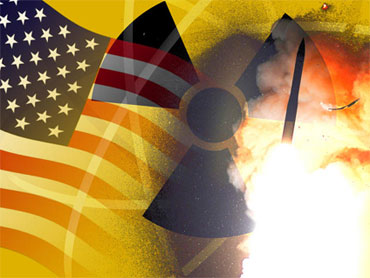 Nuclear weapons residing in Germany, the Netherlands and Belgium in late 2009 were a crucial chess piece in international disarmament negotiations, according to leaked U.S. diplomatic cables from the website Wikileaks.

In a conversation between U.S. Ambassador Philip D. Murphy and German National Security Advisor Christoph Heusgen reprinted in one cable, the two statesmen discussed German concerns about taking nuclear weapons out of the country.

"Heusgen said that from his perspective, it made no sense to unilaterally withdraw 'the 20' tactical nuclear weapons still in Germany while Russia maintains 'thousands' of them. It would only be worth it if both sides drew down," the cable states.

The Center for Defense Information describes tactical nuclear weapons as "smaller and shorter-range." Of the 500 or so tactical nuclear weapons in the U.S. arsenal, it is known that about 200 are deployed throughout Europe, according to the latest report from Bulletin of the Atomic Scientists. The cables do not reveal specifically whether "the 20" in Germany were of U.S. origin.

Many other tactical nuclear weapons rest in the Netherlands and Belgium, according to the diplomatic cable.

"A withdrawal of nuclear weapons from Germany and perhaps from Belgium and the Netherlands could make it very difficult politically for Turkey to maintain its own stockpile, even though it was still convinced of the need to do so," the cable states.

It has long been known that Britain and France maintain nuclear weapons, however those were produced in their respective countries. Details of the deployment of the U.S.'s nuclear arsenal has always been a closely guarded secret until the release of the Wikileak cables.

Other countries not mentioned here known to maintain usable nuclear weapons include China, India, Pakistan, and Israel, according to the Bulletin of Atomic Scientists. While it is known that North Korea possesses nuclear weapons technology, there is dispute over whether they have the ability to launch the weapons.

In another leaked cable that details a January, 2009, meeting between U.S. and Dutch embassy officials and Dr. Prince Turki Al-Kabeer, an undersecretary in the Saudi Ministry of Foreign Affairs, Iran's alleged nuclear program may have a dramatic impact on nuclear weapons deployment throughout the rest of the world.

More on the Wikileaks Diplomatic Cables: