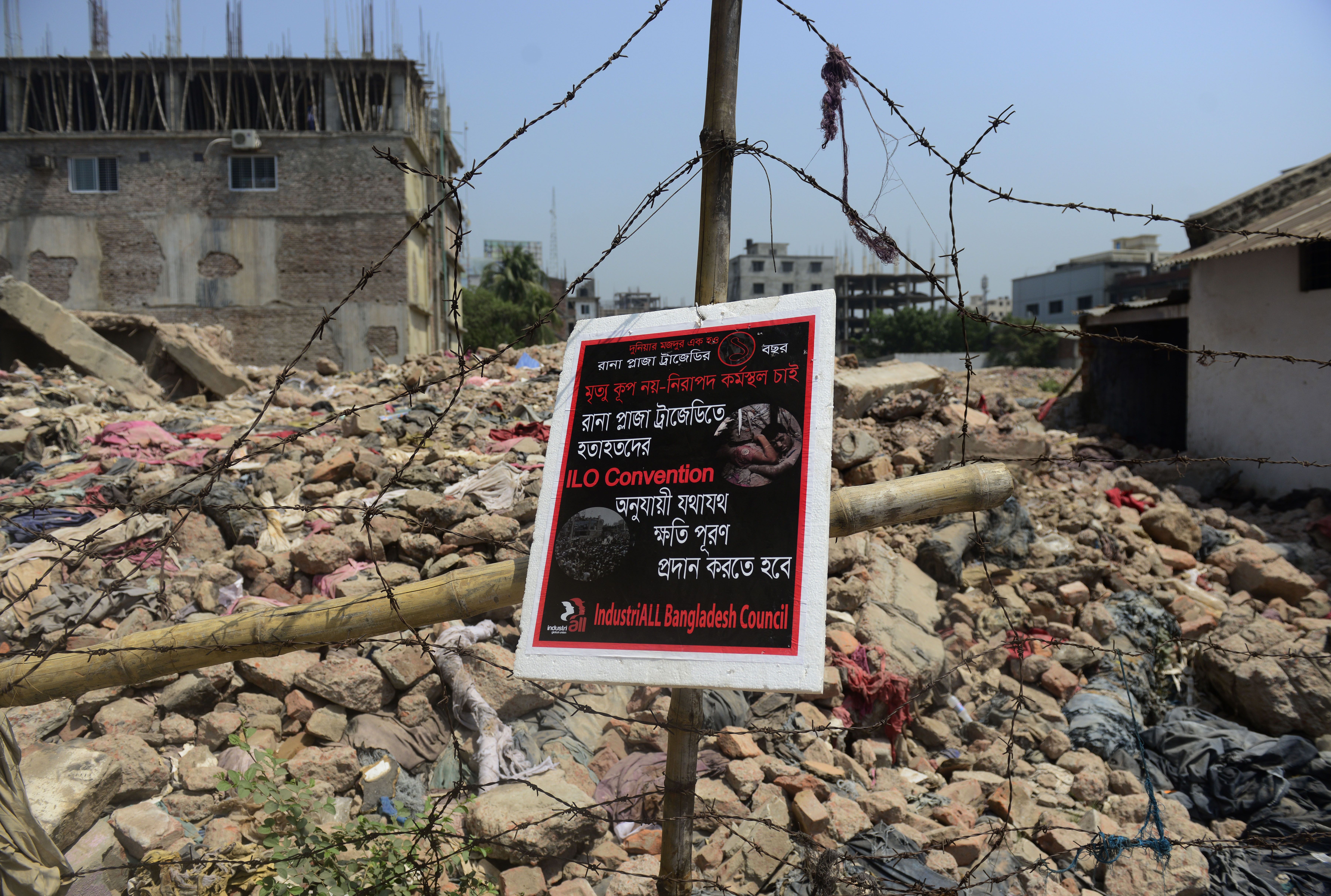 DHAKA, Bangladesh -- Authorities in Bangladesh filed murder charges Monday against dozens of people for their roles in the 2013 collapse of a garment factory building that killed more than 1,100 people.

The charges were filed against 41 people, including the building's owner, Sohel Rana, and his parents and more than a dozen government officials, for their direct role in the deaths of 1,137 people in the collapse of Rana Plaza, said the lead investigator, Bijoy Krishna Kar of the Criminal Investigation Department.

Investigators initially had said the accused, who also include the owners of the five factories that the building housed, would be charged with culpable homicide, but they later changed their plans due to the gravity of the accident, Bangladesh's worst industrial disaster.

If convicted of murder, the defendants could face the death penalty. The maximum punishment for culpable homicide is seven years in jail.

Investigators said the shift from the culpable homicide charges came after the investigation found that Rana, his staff and the management of the five factories had forced the workers to enter the building despite their unwillingness to work on the day of the accident after the building developed major cracks a day earlier.

The police report called the deaths a "mass killing." About 2,500 people were injured in the disaster.

Kar, who submitted the charges to a court in Dhaka, Bangladesh's capital, said a hearing would take place June 28 to decide on further proceedings.

In a separate case, the accused will also face charges of violating safety rules in building Rana Plaza because additional floors were added to the original five-story building, which was basically meant for office and shopping malls. Later, illegally built upper floors were transformed into factories.

CBS News correspondent Holly Williams disguised herself as a garment buyer to secretly film working conditions in garment factories in Bangladesh. She found workers who were clearly underage, and others working with toxic chemicals and insufficient safety equipment.

In one factory she found fire exits blocked by boxes and missing fire extinguishers.

The building collapse triggered an uproar at home and abroad for reforms in a sector that helps Bangladesh earn more than $20 billion a year from exports, mainly to the United States and Europe.