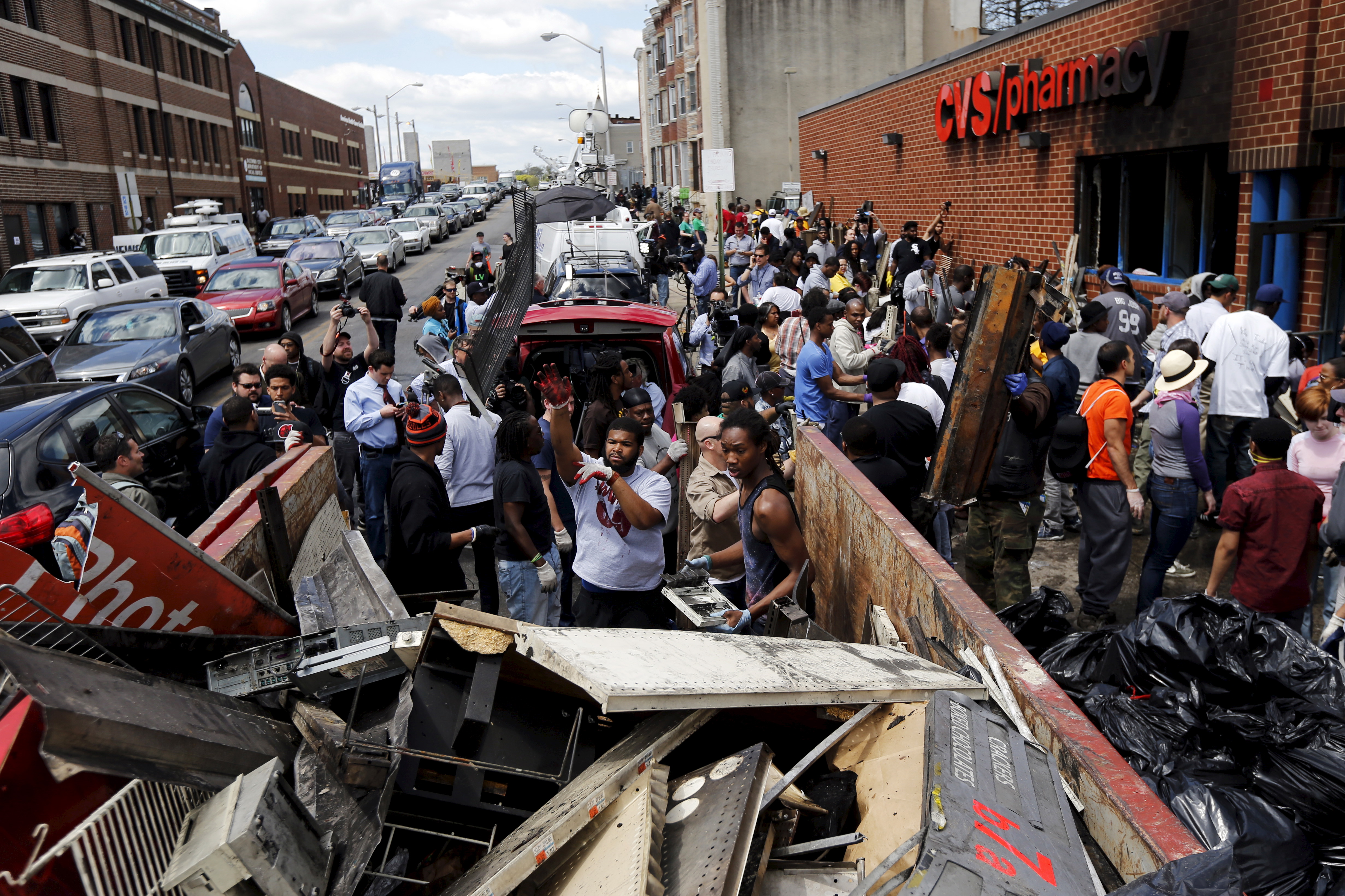 BALTIMORE -- Baltimore police say they have arrested a man on a handgun charge near the scene of recent rioting over the death of a man fatally injured in officers' custody.

A Baltimore police officer who briefed reporters at the scene said police did not fire their weapons and that no one was wounded.

Lt. Col. Melvin Russell of the Baltimore police said the man was seen on closed-circuit television armed with a handgun. Police pursued him on foot and the sound of a weapon discharging rang out. Police did not fire at the suspect, nor was he shot or injured.

Live television coverage and photos tweeted from the scene showed medics putting the man in an ambulance and a large police presence, with officers lining up to apparently block one street. The officer said the man did not want to be treated in the ambulance but was taken to a hospital anyway.

The activity took place in the Penn North neighborhood, where police first spotted Freddie Gray on April 12. He was arrested and fatally injured in police custody. Six officers were charged Friday in Gray's death.