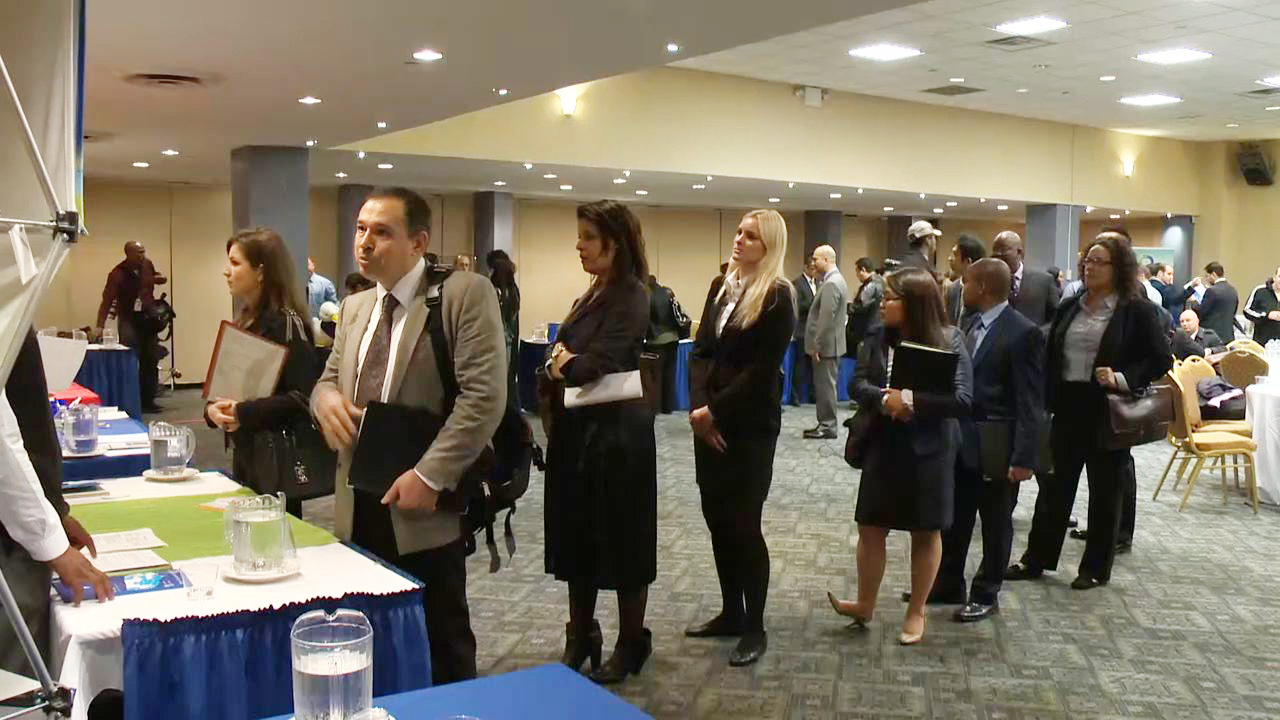 (MoneyWatch) Alfred Carpenter, 52, was working for a high-end shoe store in 2007, when the recession put the company out of business. A long-time salesman, Carpenter wasn't worried about getting another job, but then broke an ankle a few months later and ended up in the hospital. With no insurance and a $50,000 emergency room bill, he filed for bankruptcy protection.

Then his troubles got worse. One employer after another rescinded job offers after checking his credit report, he says. He finally found work, but at a fraction of his usual pay.

Such a story is far from unique. What many job applicants do not know is that credit reports are regularly used in hiring decisions, leaving millions of credit-scarred consumers in a Catch-22. They're broke, so they have credit woes; but those credit woes keep them from getting the work that could cure their ills.

"We know that about half of employers look at credit reports as part of the hiring process," says Amy Traub, senior policy analyst with Demos, a non-profit advocacy group. "If you have poor credit, one of the ways to get out of that is to get a better job. When that road is blocked, you end up in a Catch 22."

Frequently, it is errors on credit reports that haunt job candidates in these situations. Emmett Pinkston, a 55-year-old retired military man, was rejected for several jobs because of his credit report. But the catch is that the nick on his report was simply a mistake -- a $8,000 debt that never belonged to him. He has disputed the charge and one of the three main credit reporting agencies has erased it, while the others are investigating. In the meantime, he's working at a job at about half his usual pay.

Traub, Carpenter and Pinkston are part of a wide-ranging coalition of consumer and employment groups that are attempting to break the tie between credit reports and jobs. On Wednesday, they and many others gathered on the steps of New York's City Hall to press for passage of legislation in New York City to restrict the use of credit reports in hiring in the Big Apple.

Meanwhile, the movement to cut credit reports out of employment has gone nationwide.

Eight states -- California, Illinois, Connecticut, Washington, Hawaii, Maryland, Vermont, and Oregon -- already restrict how credit reports can be used in hiring. Legislation is currently pending in a number of other states, including Massachusetts, Colorado, and New York State. The federal government is also likely to take up the issue this year, while addressing the nation's nagging unemployment rate.

In the meantime, job seekers need to understand that checking your credit record is perfectly legal in most states. And, for many jobs, it could be a pivotal piece of information that could secure a position - or land you back in an unemployment line.

The issue is particularly important today, Traub says, because so many Americans found their credit damaged during the 2007-2009 recession, and the lackluster recovery that followed. Now, literally millions of people have bankruptcies, foreclosures and late payments that could hinder their ability to find work or move up in their chosen fields.

Roughly 47 percent of employers do conduct credit checks as part of background investigations before they hire, according to the Society for Human Resource Management. However, that's down significantly from two years ago, when nearly 60% of employers surveyed used credit reports in hiring. The use of credit reports is particularly common with people hired for positions with financial responsibilities or handling sensitive employee information.

Why bankruptcy would hinder Carpenter from selling shoes, however, is beyond his understanding. "Apparently they think that because I filed bankruptcy, I might start stealing shoes. It's a nightmare."

Employers look at a lot of information to try to determine an employee's character, says John A. Challenger, president of Challenger, Gray & Christmas, a Chicago-based outplacement consulting firm. A long history of spotty payments could make an employer question a worker's responsibility, for instance.

However, Challenger thinks that one-time events, such as those caused by a job loss during the long recession, are understandable and shouldn't prevent good candidates from getting work.

That said, it has become imperative that job seekers check their credit reports prior to applying, so that they can head off issues such as Pinkston's , in which errors cost him job offers. Even those who know they have troubled histories should check their credit reports prior to applying for jobs, so they can review what their prospective employers are likely to see. In some cases, it may make sense to formulate a concise explanation of the problems prior to an interview.

People can receive a free copy of their credit reports every year at www.annualcreditreport.com. And remember: The Fair Credit Reporting Act requires prospective employers to notify applicants if they plan to pull a credit report.

Since less than half of employers check credit reports, Challenger said he would not volunteer information unless it was clear it was going to be part of the hiring process. He'd also be careful not to belabor the explanation for fear of sounding as if the applicant "protests too much." But, for someone like Carpenter, it might help to explain that his bankruptcy was a one-time event caused by an accident that left him with a pile of medical bills, uncovered by insurance, and not a sign of fiscal irresponsibility.

There are no guarantees, of course. But according to SHRM's most recent survey, around 80 percent of employers who check credit reports have hired people despite their bad credit, which gives a good candidate with a good excuse a good chance.