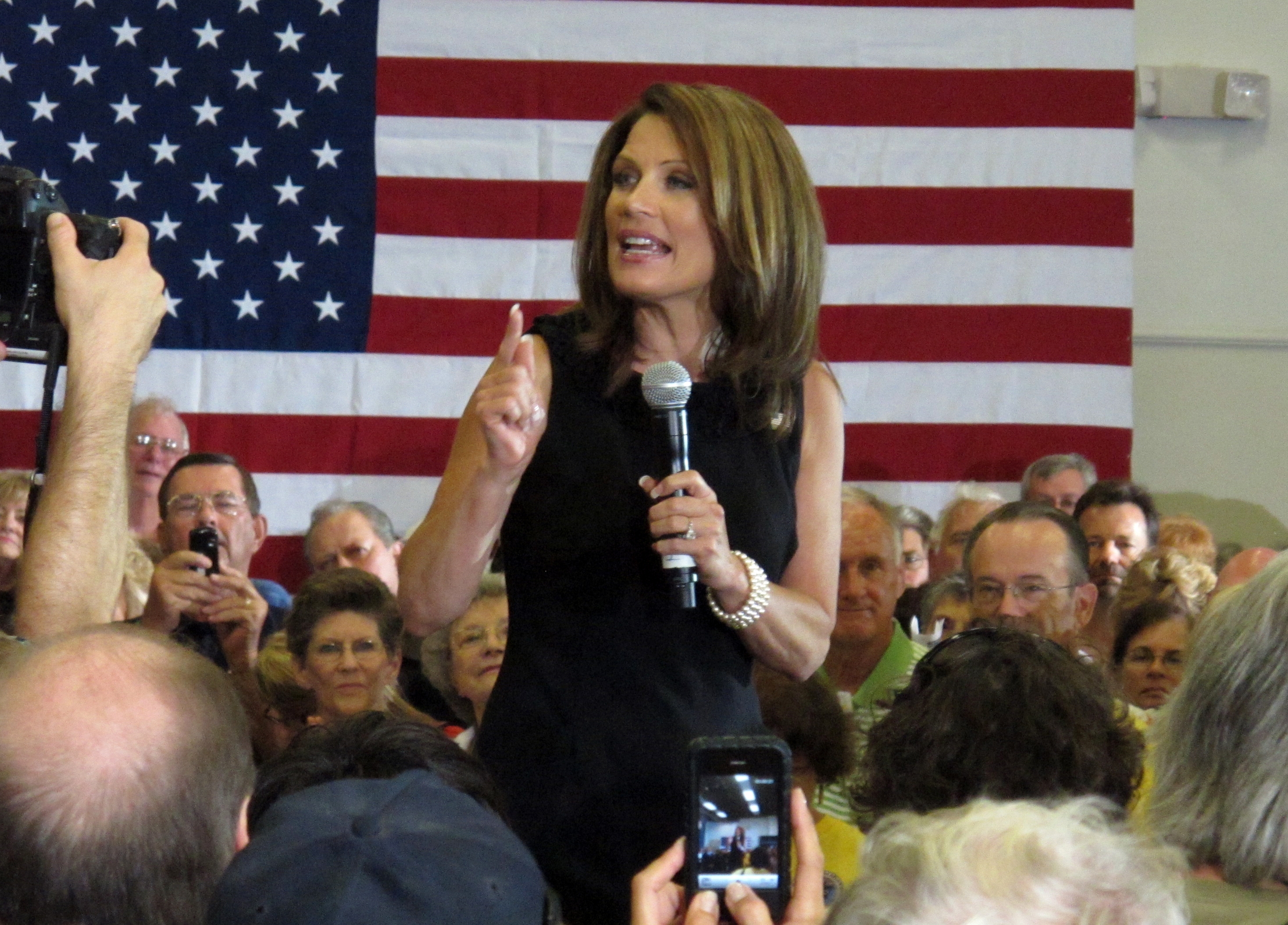 While courting conservative and religious voters in Florida over the weekend, Republican presidential candidate Michele Bachmann used the significant natural disasters that recently hit the East Coast to jokingly make the case that God would approve of less government spending.

"I don't know how much God has to do to get the attention of the politicians," Bachmann said at a rally, eliciting chuckles from audience. "We've had an earthquake; we've had a hurricane. He said, 'Are you going to start listening to me here?' Listen to the American people because the American people are roaring right now... They know government is on a morbid obesity diet and we've got to rein in the spending."

After reports of the remarks generated some criticism, the Bachmann campaign clarified the candidate was joking. Still, Bachmann's remarks illustrate two of her perceived strengths in the Republican presidential primary -- her focus on limiting government spending and her support among social conservatives.

While many politicians, such as Bachmann, are interested in curbing government spending, recovering from Hurricane Irene is expected to put a significant dent in federal, state and local budgets. Insurance industry analysts estimate that insured losses will fall somewhere between $3 billion and $5 billion, the Wall Street Journal reports, though the total economic impact could be much greater. On NBC's "Meet the Press" on Sunday, New Jersey Gov. Chris Christie said the hurricane would cost in "the billions of dollars" in his state alone.

And after a 5.8-magnitude earthquake hit Virginia last week, sending tremors all the way up the East Coast, government officials said the damage in Virginia could easily cost in the tens of millions of dollars. House Majority Leader Eric Cantor assured his Virginia constituents that Congress "will find the monies" to assist earthquake victims, but he noted that "those monies will be offset with appropriate savings or cost-cutting elsewhere."

While Bachmann may have been joking that the natural disasters were a message from God, other Christian conservatives have been more serious about it. Televangelist Pat Robertson suggested on the Christian Broadcasting Network that the earthquake, which put a crack in the Washington Monument, was a sign the God was displeased with Washington.

The Miami Herald reports that Bachmann elaborated on her explanation of the comments during a Monday appearance at Versailles Restaurant in Miami. Noting that "it would be absurd and ridiculous to think" she could know God's thoughts, Bachmann again played her remarks up as a joke.

"If you know me, you know that I am a person who loves humor. I have a great sense of humor. And I think it's important to exhibit that humor sometimes when you're talking to a person as well," she said. "I was being humorous when I said that because the American people have tried very hard to get the president's attention. He is not listening. And that was really the message."