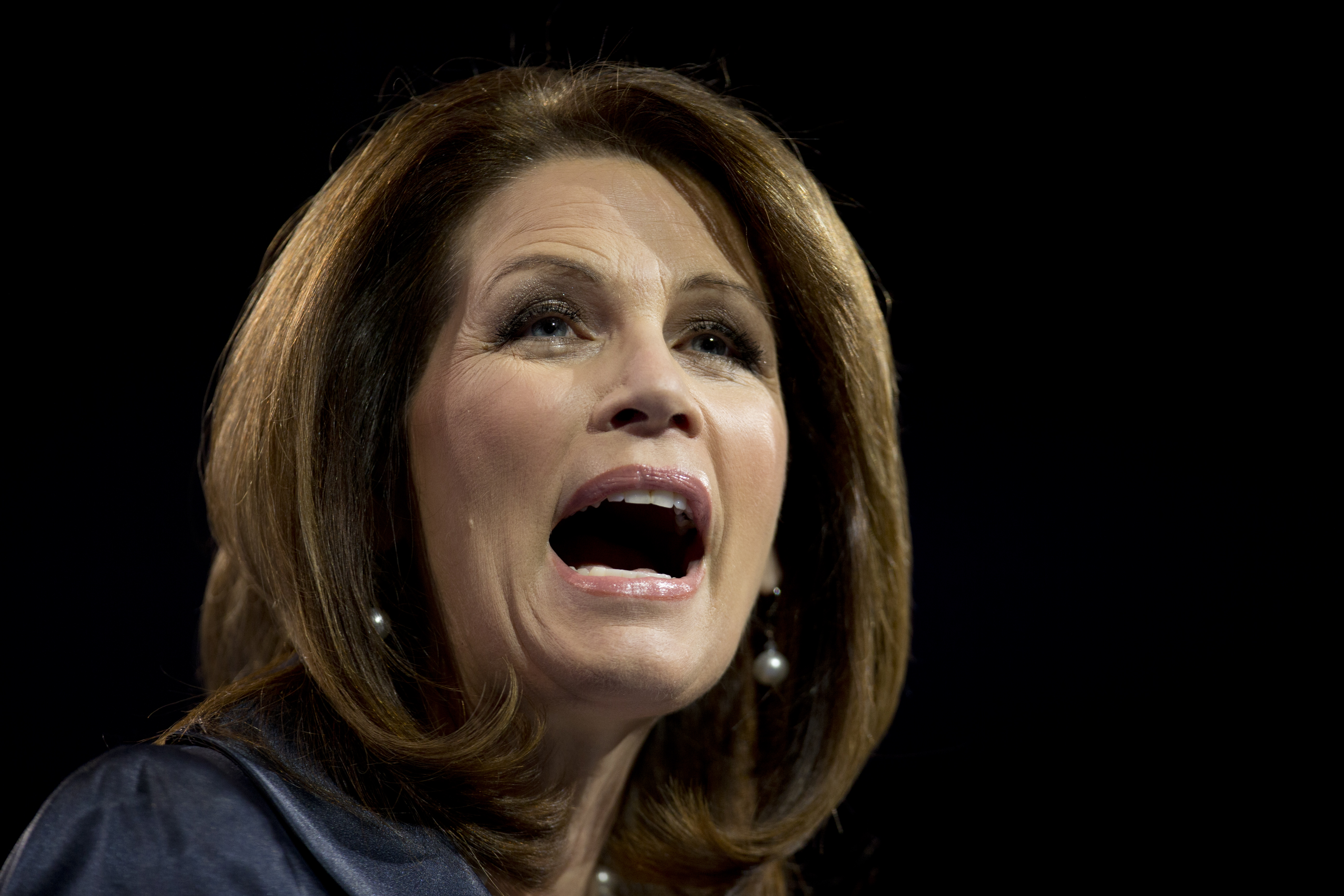 In her first interview since announcing her decision to leave Congress after the 2014 midterms, Rep. Michele Bachmann, R-Minn., said she might seek public office again in the future.

Bachmann, who mounted a failed bid for the Republican presidential nomination in 2012, also left the door open to another bid in 2016.

"I'm not taking anything off the table," she said Thursday when asked if she's gearing up for another run, but "that's not my number one item that I'm looking at right now, either."

She assured a friendly audience during an interview with Fox News' "Hannity," she won't be silent, and she won't leave the political stage.

"There's just a time when you've served, and then it's time to move on," Bachmann explained. "I'm not retiring. I'm not going silent. I'm not quitting my public involvement. In fact, I may run for another public office. That could happen, but for right now, I'm going to find another perch in order to be able to weigh in on these matters. Sometimes you be more effective on the outside than the inside."

The staunchly conservative Bachmann also took the opportunity to tear into the "radical left" for targeting her so persistently.

Bachmann, who chairs the Tea Party Caucus on Capitol Hill, also decried the "serial lawlessness" coming out of the Obama administration, particularly the news that the IRS had targeted conservative groups for excessive scrutiny during the 2012 election.

To have "the political machinery of the government directed as an attack machine against Americans based upon their political beliefs - that's anathema to who we are," Bachmann said.

She also managed to sneak in some self-promotion, patting herself on the back as a "very strong voice taking on my own party."

"I pushed back on the bailout," she said. "I was the champion of repealing Obamacare and also dealing with this issue of the IRS."

Bachmann's opposition to Obamacare is well-documented, but her provocative rhetoric has occasionally landed her in hot water.

In a March speech on the House floor, Bachmann warned that Obamacare must be repealed "before it literally kills" people.