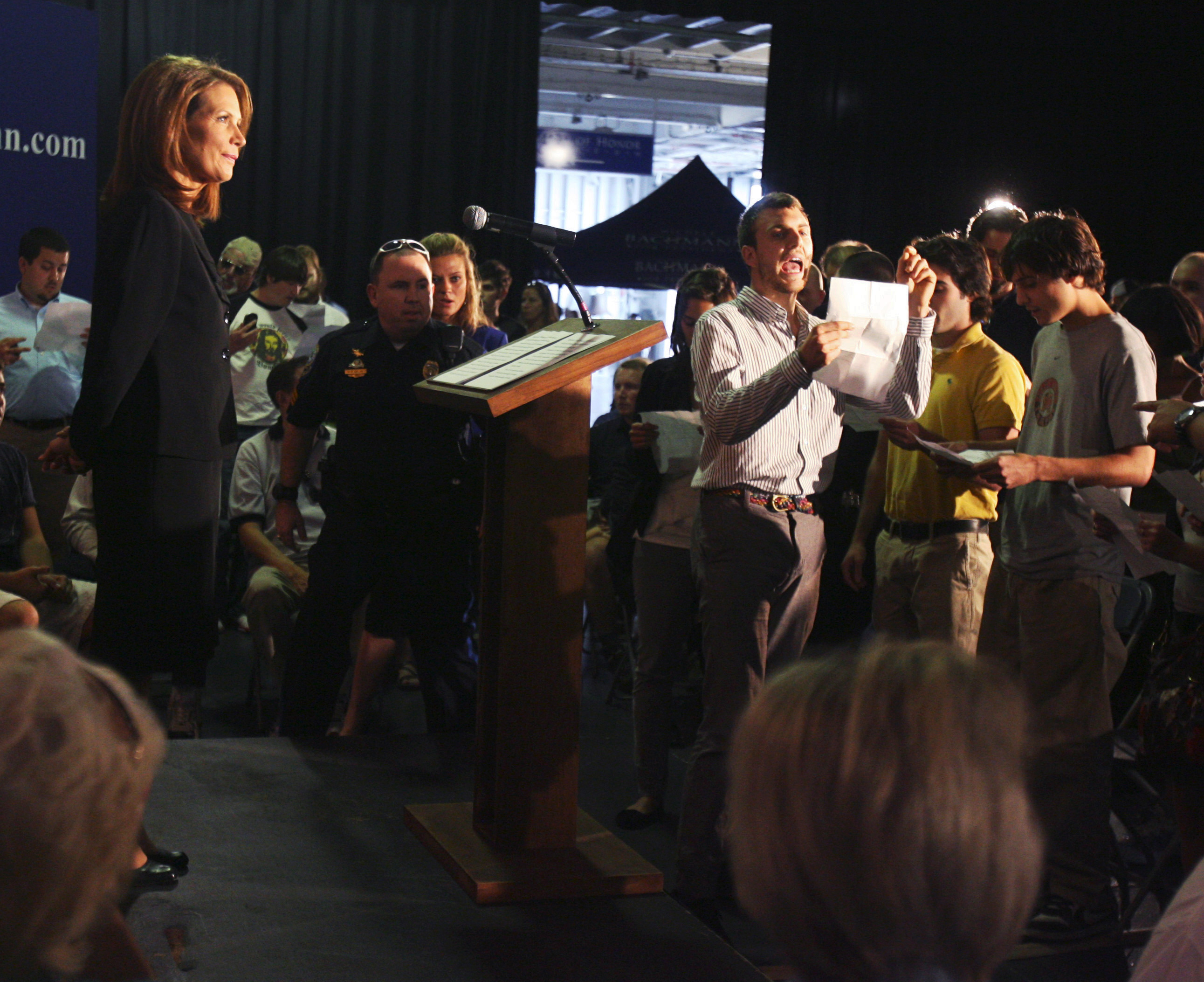 COLUMBIA, S.C. -- Republican presidential candidate Michele Bachmann on Friday called the Occupy Wall Street protesters who have been disrupting her campaign events "ignorant and disrespectful." Speaking with supporters at a Veterans Day parade, Bachmann also said of the activists, "Hopefully someday, they'll come to know the price that was paid for them."

Bachmann has been surprised at several events recently by groups of OWS protesters who have boisterously interrupted her stump speeches. The House member from Minnesota was discussing her proposed changes in military spending in Mount Pleasant, S.C., on Thursday, when about 30 protesters stood up and began giving a speech of their own. They also started chanting, "We are the 99 percent," a movement slogan that refers to studies that show wealth in the United States is concentrated in the top 1 percent of the population. The demonstration continued for five minutes while a flustered Bachmann stood by.

Some of her supporters in the crowd yelled "Sit down!" to the protesters and chanted "Michele! Michele!" Bachmann left the podium with a police escort at Thursday's event but returned a few minutes later to finish her speech.

Bachmann said at Friday's parade, "If they understood the heavy price that was paid for that 1st Amendment right, they'd be much more respectful. Because I was surrounded by heroes yesterday on the USS Yorktown who paid a big price for them, and they're just ignorant, that's all. They're ignorant and they were disrespectful, but someday hopefully they'll come to know the price that was paid for them."

One of Bachmann's rivals for the nomination, Texas Gov. Rick Perry, also attended the Columbia parade, and the two kept some distance during the procession. Perry's debate gaffe of Wednesday still dogged him. As he worked the crowd, a heckler yelled, "Which departments do you want to close down? Rick! Come on, you can do it!"

Perry continued to address his debate lapse in memory with humor. Veering in a group to shake hands, Perry said to a little boy, "Don't ever forget anything."