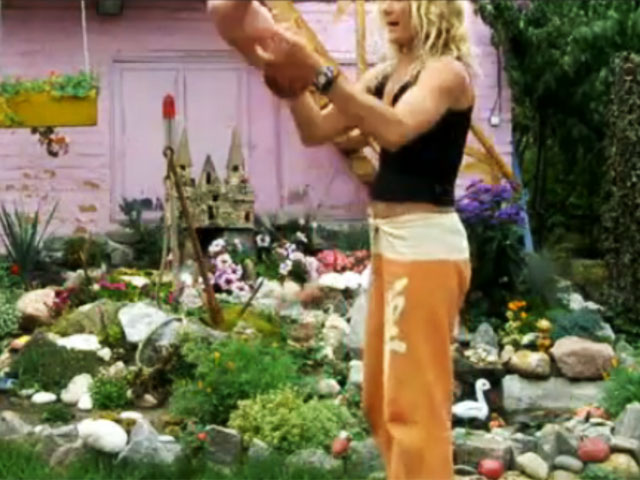 (CBS) Yes, the yoga baby video is real and really terrifying, at least to watch. But is it safe for baby?

If you haven't seen it yet, the video, which comes out of Russia, shows a woman tossing, twisting and spinning a baby in midair. She never lets go of the child's arm, but the images of a child being tossed around like that are pretty jarring to an American eye.

Some speculated the baby wasn't even real, but Nathan Thornburgh, a former Time magazine editor who blogs at Dadwagon, says he tracked both baby and baby swinger down for a chat.

The baby yoga guru, writes Thornburgh, is Lena Fokina, a 50-year-old Russian who lives in Egypt teaching yoga, free-diving and "dynastic gymnastics" (read baby yoga). The baby, he says, lives a few hours outside of Kiev, Ukraine, was only two weeks old when the video was shot, and is doing just fine two years later.

In fact, Fokina said baby yoga helps children have more mobility, freedom and independence and has been practiced in Russia for three decades. "They are early readers, singers, talkers, swimmers. You haven't seen anything like it anywhere!!" she told Thornburgh.

Want to hear what Fokina has to say about American babies, fat parents and trying this at home? Check out the full interview and more baby swinging pictures at Dadwagon.com.