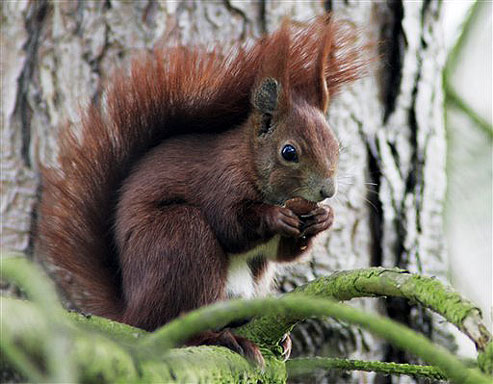 Usually when you've got car trouble, you take it to a mechanic. In this case, maybe the driver should have taken her car to the vet. A Massachusetts woman who was having engine trouble took her car in and found out the problem was a nest of baby squirrels under the hood.

"I went into the garage, and the hood's up, and there like ten people looking into my engine," Ranahan told local news station WCSH.

"There was a squirrel's nest," she said, "and it was like, cocoon-like. There were sticks and hay. It was crazy, I don't know how she built it so fast, because three weeks before, I put fluid in for the windshield wiper. There was nothing there then."

The squirrel family had apparently chewed through several wires, and mechanics told Ranahan she was fortunate her engine didn't go up in flames.

Those squirrels were lucky, too. The mechanics reportedly called a wildlife expert who took the squirrels and says they are doing fine.

Ranahan considers her close call a warning to always be attentive to your car. "I called my neighbors and I said, 'check under your hoods' I said. Because you never know, you know?"