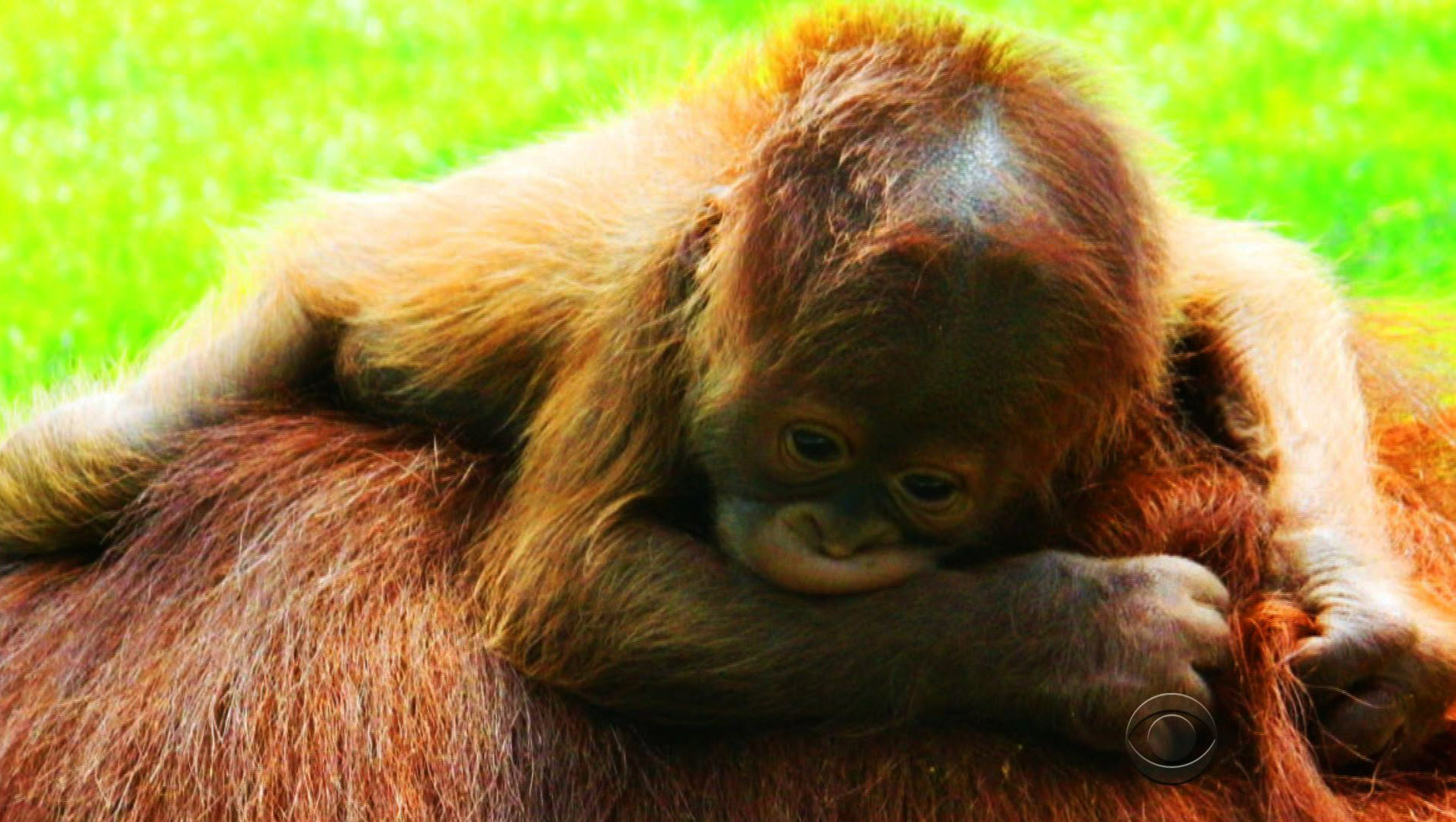 GREENWICH, Conn. - Doctors and zoologists have been trying for more than 20 years, and finally this spring one team was the first to achieve success.

And now, one baby orangutan could be a major step toward saving a species.

Maggie is as loving and protective as any mom could be. The 22-year-old orangutan is the only one of her species to give birth after being artificially inseminated.

To see this mother and son interact is anything but artificial.

Marcella Leone is the director of the Leo Zoological Conservation Center in Greenwich, where Maggie's healthy baby boy made his debut on May 20.

The doting mom won't put her baby down for a second.

"I can't help but let it take me back to the time when I had my own children," said Leone. "They're really big, strong animals, but she's so gentle, so careful with it, and just really precise."

The birth of Maggie's baby came at a critical time. Many experts estimate orangutans could become extinct in the next 25 years because of the destruction of their natural habitat.

"We're losing these animals so quickly, so quickly. And we need to save what we can, while we can," said Leone.

Her reaction when she first found out that Maggie was pregnant?

"If I could do a cartwheel, I would."

That's because researchers have had no luck predicting the reproductive cycle of orangutans.

So for two years, Dr. Mark Leondires closely monitored Maggie before performing the insemination at the optimal time. He used the sperm of Patrick, one of the male orangutans at the center.

Leondires is a fertility specialist whose patients are usually human.

"Recently I had a patient say, 'Is this what you did for Maggie?'"

He discovered that the orangutan's anatomy isn't all that different from a human's.

"If I didn't know we were doing an ultrasound on a big, hairy redhead, so to speak, I would think, OK, yeah, this is like what I see every day in my office."

At 6 weeks old, Maggie's baby doesn't have a name yet. The center is looking for a special name befitting one who is the first of his kind.

The center says it plans on sharing its research with any other institutions that want it.

Around the world, zoos are increasingly using assisted reproductive technology to breed other endangered species.

They are confident Maggie's new baby won't be the last.