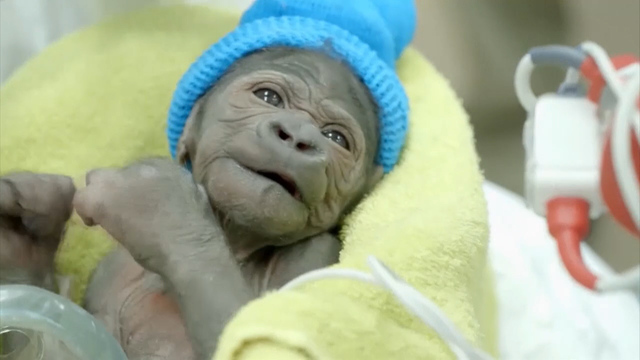 Eighteen-year-old mother Imani gave birth to a 4.6-pound female infant, which was later put in intensive care to receive oxygen and supplemental fluids at a veterinary hospital.

"She's extremely strong, she can grasp, she kicks, she's vocal, has a very strong suckle reflex," said Nadine Lamberski, associate director of veterinary services at the park. "She looks around. She can hold her own head up, which is pretty amazing."

The park is now home to eight gorillas.