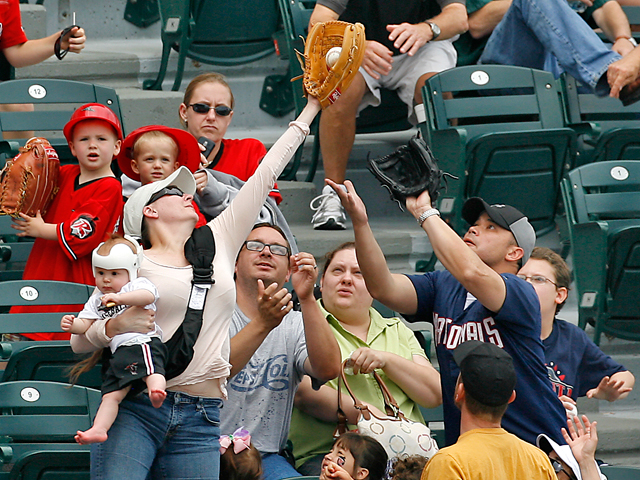 This week, the Web was abuzz with a video showing Tampa Bay Rays star Evan Longoria saving a reporter's face from a stray baseball by making an unbelievable catch.

Not shockingly, the video was unbelievable because it was fake - slickly produced by the player's sponsor, Gillette.

So it was rather refreshing to see this amazing photo of a mother spearing a foul ball - with her baby in her arm and without the assistance of CGI.

Tiffany Goodwin made the amazing catch at the Richmond Flying Squirrels game Sunday - with her eight-month-old son, Jerry, in her right arm, and her husband, Allen, at her side, poised to catch it himself. The helmeted infant seems oblivious to his mom's impressive skills.