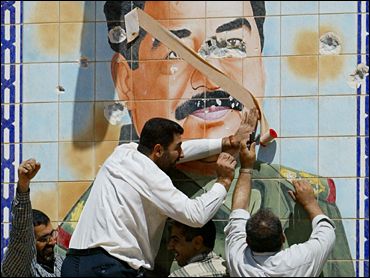 Between 15,000 and 30,000 Baath Party officials will be banned entirely from any future Iraqi government, a senior U.S. official said Friday. He said the move will eliminate Saddam Hussein's party and "put a stake in its heart."

The official from the U.S. Office of Reconstruction and Humanitarian Assistance, speaking on condition of anonymity, said the move would help Iraq move on from the legacy of Saddam's regime.

"The Baath Party in Iraq is finished," the official said. "We mean to be sure that by this process, we will put a stake in its heart."