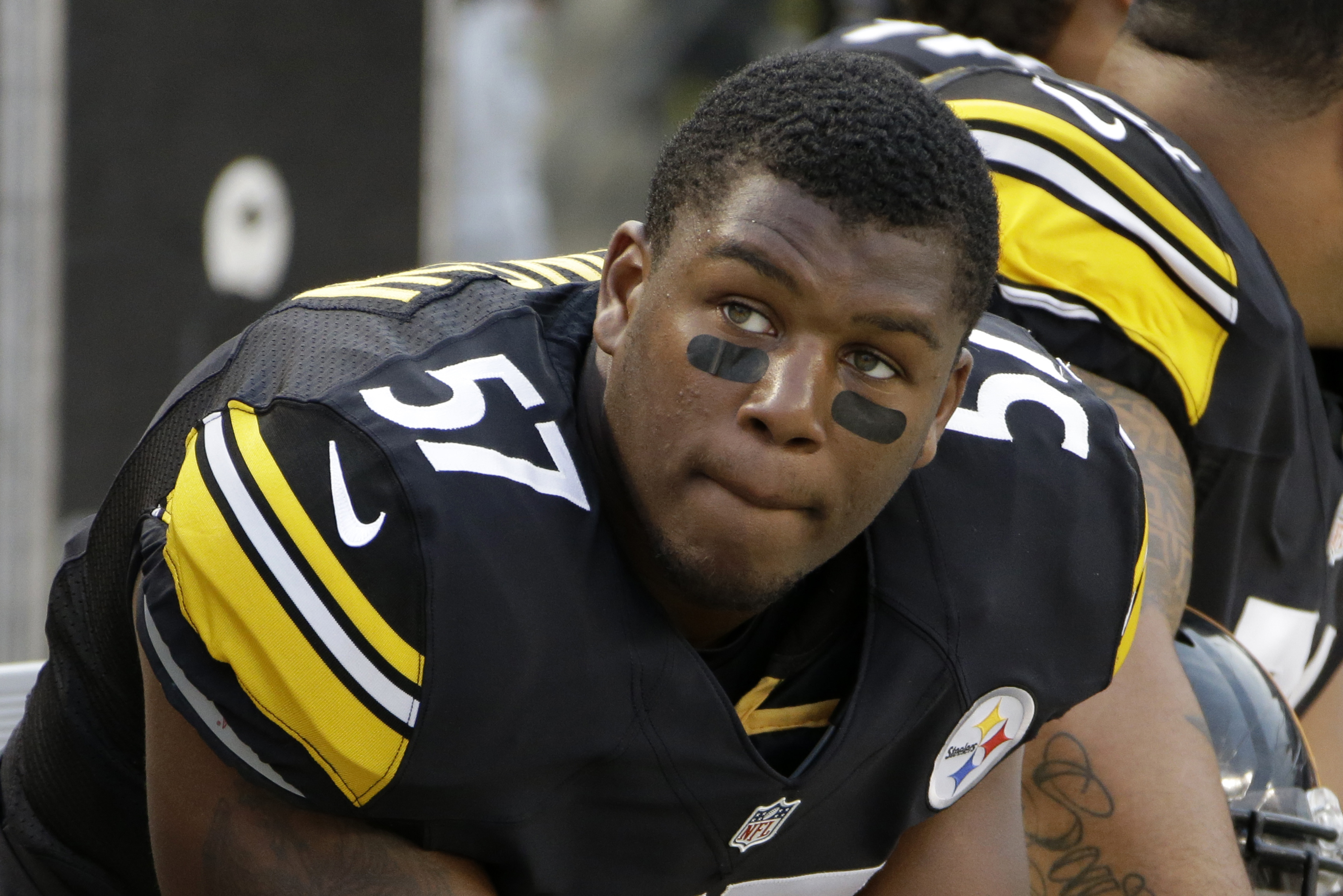 HARRISBURG, Pa. -- A former NFL lineman from Pennsylvania who killed himself at 25 had a brain disease that has been linked to repeated blows to the head, researchers confirmed Wednesday.

Adrian Robinson Jr.'s diagnosis of chronic traumatic encephalopathy was confirmed through officials at the NFL brain bank at Boston University.

Robinson, of Harrisburg, played for Temple University in Philadelphia before playing for Pittsburgh, Denver and San Diego.

"During his football career Adrian endured several concussions and we now know that he suffered from chronic traumatic encephalopathy (CTE)," Robinson's family said in a statement Wednesday, according to CBS affiliate WHP. "This disease has been linked to symptoms in other NFL players such as dementia, aggression, depression, and in many cases suicide. This diagnosis has helped us gain a better understanding of Adrian's passing."

"He went from being one of the nicest guys you'd ever want to talk to, to having a darker edge at times," Family lawyer Ben Andreozzi said. "The family started noticing changes in his behavior, and didn't know why."

The family has not filed a lawsuit over his death in May. But thousands of former players have sued the NFL over concussions, claiming the league withheld information about damaging effects of repeated head blows.

After Robinson's death, high school coach George Chaump told WHP he was "one of the greats."

"He was one of the best I've ever coached," Chaump said in May. "I got the news and I just didn't want to believe it."

The NFL, without acknowledging wrongdoing, has agreed to pay into a fund that could top $1 billion to settle injury claims that include Alzheimer's disease, dementia and CTE-related suicides. A federal judge approved the settlement in April, but the deal is on hold while critics of its terms appeal.

Scientists continue to debate the potential links among concussions, CTE and suicide. Concerns about repeated concussions have led to congressional hearings and new rules on when student and professional athletes can return to play.

He said that 88 of 92 NFL players whose brains have been tested there have shown evidence of CTE, along with 33 others who played college or high school football. The brains are studied posthumously when families seek testing.

"Anything we can do to minimize brain trauma and the risk of brain damage and disease, we should do," Nowinski told CBS News in 2014. He suggested "tweaking" the rules of the game and requiring coaches to limit the number of practices and possible hits to the head.