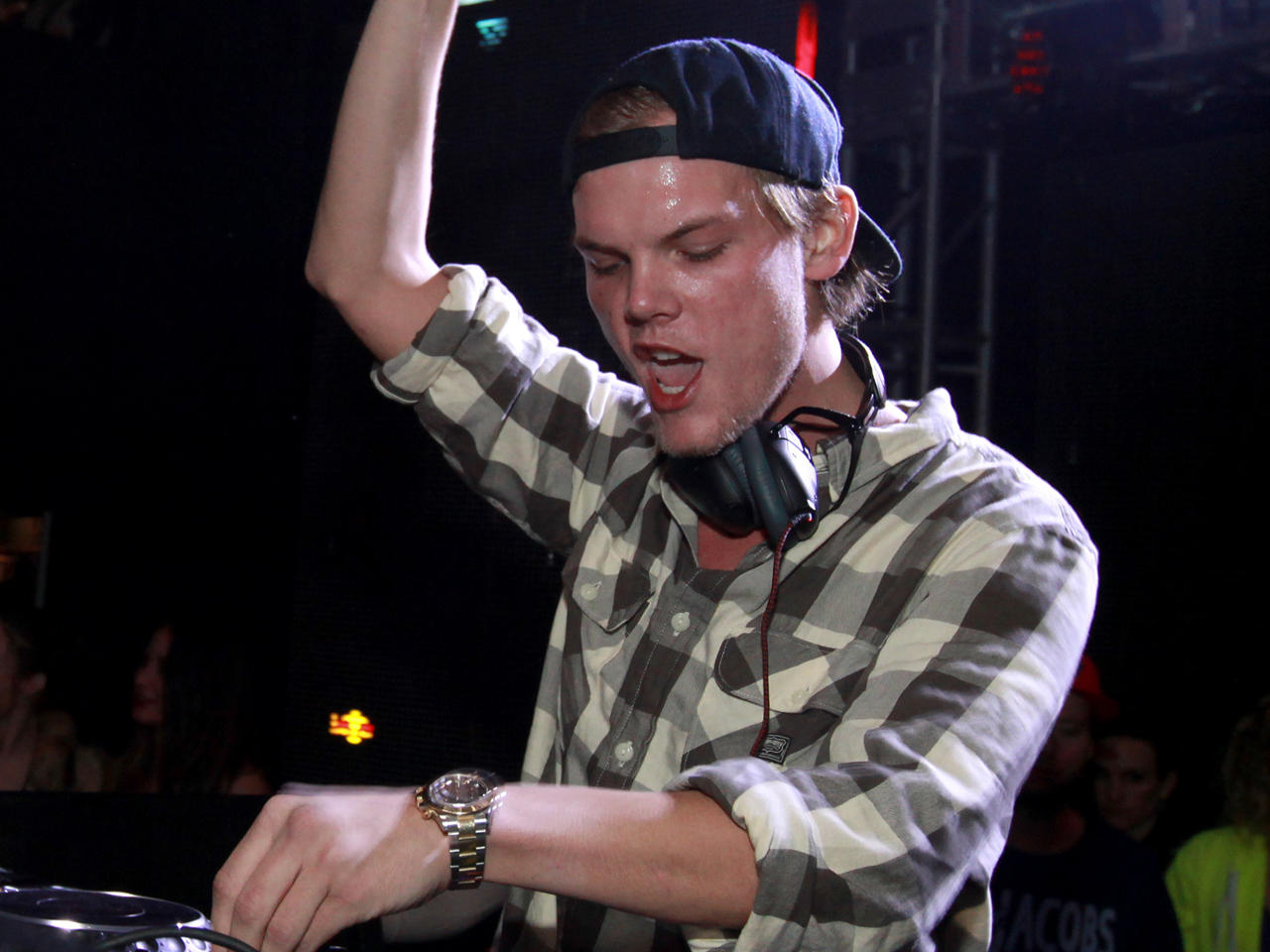 STOCKHOLM -- Autopsies reportedly revealed nothing suspicious about the death of EDM pioneer and DJ Avicii, who passed away at age 28 on Friday. Sweden's public broadcaster reports police in Oman, where Avicii died, have conducted two autopsies on the body of Grammy-nominated electronic dance DJ.

Public broadcaster SVT, citing information from an anonymous police official in Oman, said Sunday that the autopsies revealed nothing suspicious and foul play has been ruled out in the performer's death.

The broadcaster says the body has been cleared to be taken back to Avicii's native Sweden, where he was born as Tim Bergling. Fans in Stockholm observed a minute of silence in his honor on Saturday.

Swedish tabloid Expressen says Avicii stayed at the Muscat Hills Resort while vacationing in Oman. Expressen says he spent time with friends, went kitesurfing and enjoyed the country so much was planning to stay a few extra days.

On Friday, his publicist Diana Baron announced Avicii's death in a statement, saying, "It is with profound sorrow that we announce the loss of Tim Bergling, also known as Avicii. He was found dead in Muscat, Oman this Friday afternoon local time, April 20th. The family is devastated and we ask everyone to please respect their need for privacy in this difficult time. No further statements will be given."

No more details about the death were provided. He had struggled with a number of serious health conditions in recent years.

Avicii was an international pop star, performing his well-known electronic dance songs around the world for die-hard fans, sometimes hundreds of thousands at music festivals, where he was the headline act. His popular sound even sent him to the top of the charts and landed onto U.S. radio: His most recognized song, the country-dance mashup "Wake Me Up," was a multi-platinum success and peaked at No. 4 on Billboard's Hot 100 chart. On the dance charts, he had seven Top 10 hits.

But in 2016, the performer announced he was retiring from the road. He continued to produce songs and albums. "I know I am blessed to be able to travel all around the world and perform, but I have too little left for the life of a real person behind the artist," he said at the time.

"I will however never let go of music but I've decided this 2016 run will be my last tour and last shows. Let's make them go out with a bang!"

Avicii had in the past suffered acute pancreatitis, in part due to excessive drinking. After having his gallbladder and appendix removed in 2014, he canceled a series of shows in attempt to recover.

Avicii was part of the wave of DJ-producers, like David Guetta, Calvin Harris and Swedish House Mafia, who broke out on the scene as lead performers in their own right, earning international hits, fame, awards and more like typical pop stars. He earned his first Grammy nomination at the 2012 show — for a collaboration with Guetta. It was around the time he gained more fame for the Etta James-sampled dance jam, "Le7els," which reached No. 1 in Sweden.

He continued to collaborate with more high-profile acts, producing Madonna's "Devil Pray" and the Coldplay hits, "A Sky Full of Stars" and "Hymn for the Weekend." He was even part of Mike Posner's megahit "I Took a Pill in Ibiza," which featured the lyrics: "I took a pill in Ibiza/To show Avicii I was cool." The song was based off Posner's true story at an Avicii concert in Ibiza.

Avicii built a strong musical and personal friendship with Nile Rodgers, who called Avicii his "little brother" in an interview with The Associated Press on Friday.

"I'm shocked because I don't know medically what happened, but I can just say as a person, as a friend, and more importantly, as a musician, Tim was one of the greatest, natural melody writers I've ever worked with, and I've worked with some of the most brilliant musicians on this planet," Rodgers said.

Reflecting on his career two years ago, Avicii alluded to the ups and downs.

"It's been a very crazy journey. I started producing when I was 16. I started touring when I was 18. From that point on, I just jumped into 100 percent," Avicii told The Hollywood Reporter in 2016. "When I look back on my life, I think: whoa, did I do that? It was the best time of my life in a sense. It came with a price -- a lot of stress a lot of anxiety for me -- but it was the best journey of my life."

Rodgers said his last performance with Avicii -- about three years ago -- upset him because of Avicii's drinking.

"It was a little bit sad to me because he had promised me he would stop drinking, and when I saw him he was drunk that night. And I was like, 'Whoa. Dude. C'mon. What are you doing? What's going on? You said that that was done,'" Rodgers recalled. "We did a show and I was a little upset. I didn't even stick around for his performance because it was breaking my heart. But we still had a great time. It was wonderful -- we were that close."

Last year, Avicii posted this message on his website, promising to keep creating: "The next stage will be all about my love of making music to you guys. It is the beginning of something new."

Sweden's Prince Carl Philip and Princess Sofia, who knew Avicii from playing at their wedding, said they were saddened by his death.

"We are grateful that we got to know him and admired him as an artist and the great person he was. He made our wedding unforgettable with his amazing music. Our warmest thoughts go to his family," they said in a joint statement.

Avicii is the subject of the 2017 Levan Tsikurishvil documentary "Avicii: True Stories."

Muscat, where Avicii died, is the capital of the sultanate on the eastern edge of the Arabian Peninsula. It is a popular vacation destination on the Arabian Sea.