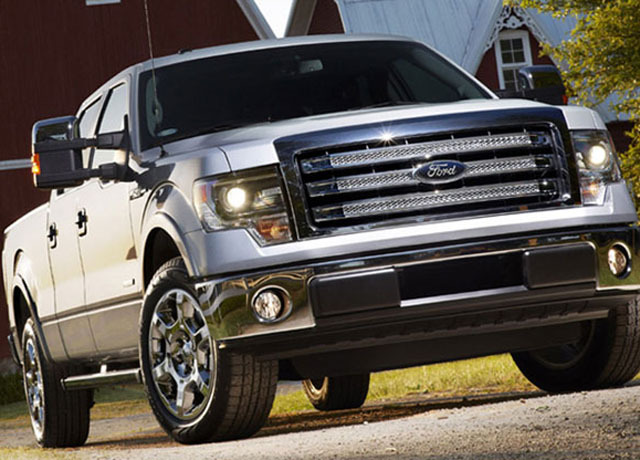 Toyota (TM) led the way with nearly a 16.5 percent increase, followed closely by General Motors (GM) at 16 percent. Chrysler, Nissan and Ford (F) all reported 11 percent gains. It was Chrysler's best July since 2006.

Pickup trucks led the way, a boon for the Detroit carmakers. But consumers also favored SUVs and smaller cars.

All major automakers report U.S. sales Thursday. Most industry analysts expect July sales to rise around 15 percent from a year ago. A performance that strong will signal that the industry's momentum can carry through December.

"We're almost at a pre-recession pace that looks like it may have the momentum that will carry it through the second half of the year and beyond," said Alec Gutierrez, senior market analyst for Kelley Blue Book.

The industry's numbers for July come a day after the U.S. government reported stronger-than-expected growth for the April-June quarter.

GM said its July U.S. sales rose to just over 234,000 vehicles last month, largely due to gains in full-size pickup trucks. Sales of the Chevrolet Silverado and GMC Sierra pickups combined rose 46 percent to almost 99,000. The trucks accounted for 42 percent of GM's sales. But passenger car sales also were up, 24 percent over a year ago.

Ford sold nearly 194,000 vehicles, led by the F-Series pickup, with sales up 23 percent. One in three vehicles sold by Ford last month was a pickup. But the company was helped by the other end of its model lineup, too. Sales of the Fiesta subcompact rose 89 percent.

At Chrysler, sales of the Ram full-size pickup rose 31 percent over a year ago, buoyed by an improving housing market that's helping to drive purchases by small business. Jeep Grand Cherokee sales rose 30 percent, the SUV's best July since 2005.

Chrysler is predicting that industry sales in July will run at an annual rate of 15.8 million vehicles.

At Nissan, sales rose to just over 109,000, a July record for the company. Sales of the Altima midsize car rose 11 percent, and sales of the redesigned Pathfinder SUV more than tripled.

Toyota will release numbers for individual models or brands later in the day.

Of automakers reporting early Thursday, only Volkswagen had a down month. Its sales were off 3.3 percent as the top-selling Jetta compact faltered. Jetta sales dropped 1.8 percent.

The consulting firm LMC Automotive said the second-half tailwind could push this year's sales to around 16 million. Sales last topped 16 million in 2007, just ahead of the recession. They bottomed out at a 30-year low of 10.4 million in 2009 and have been recovering ever since.

A combination of low interest rates, an improving economy, rising consumer confidence and increasing home values in many areas is driving sales. In addition, automakers have been rolling out appealing new products in every segment from subcompact cars to big pickup trucks.

Incentives such as rebates and low-interest loans are helping sales. Incentives in July rose nearly 8 percent over a year ago to $2,684 per vehicle. That's the highest level of the year, said Jesse Toprak, senior analyst for the TrueCar.com auto-pricing site.

Overall, though, the discounts haven't cut prices. The average sale price of a vehicle last month held steady at just over $31,000, Toprak said. That's because buyers are loading up on options, which boosts the price, he said. To get lower monthly payments while paying a higher price, buyers are stretching out their loans and leasing more vehicles, according to LMC.

Thirty percent of car loans now are six years or longer, up from 29 percent in the first half of last year. Leasing, which generally lowers monthly payments, accounts for 24 percent of auto sales, up from 21 percent a year ago, LMC said.