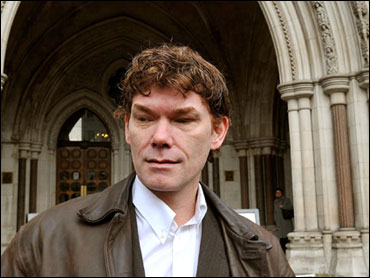 NEW YORK (CBS) An autistic computer genius, space aliens and Pretenders legend Chrissie Hynde are all wrapped up in what the federal government says is an effort to contain the most prolific computer hacker in American history.

The case focuses on Gary McKinnon, 42, a British citizen who, depending on your point of view, is either a brilliant, but harmless, autistic man searching for UFOs or a dangerous hacker who brainstormed his way into high-security computer systems at NASA and the Department of Defense.

The reality may be both and the drama is coming to America. Friday, McKinnon lost his long-fought extradition battle with the British justice system. He will be tried in the States, not in Britain, as he had hoped.

His mother, Janis Sharp, has publicly appealed to President Obama to help her son.

"I think Obama probably doesn't know about it, and he's got so many things to consider, but I'm really desperately trying to get through to Obama, because this is from the Bush era," she told the British press outside the Royal Courts of Justice in London. "It's not of Obama. He would not want this to happen."

Neither, it seems, would Pretenders front woman Chrissie Hynde, who has recorded an old Crosby, Stills and Nash tune "Chicago" to promote McKinnon's cause.

There's a website, of course, where supporters can buy the Hynde track for a donation.

McKinnon's family and supporters have argued he should not be extradited because he has Asperger's syndrome, a form of autism, and could be at risk of psychosis or suicide if he is sent to the U.S.

But the American government says McKinnon is not the gentle genius he claims to be. He is charged with hacking into 97 computers belonging to NASA, the U.S. Department of Defense and several branches of the U.S. military soon after the Sept. 11, 2001, terrorist attacks. Each of the eight counts of computer fraud he is facing potentially carries a sentence of up to 10 years in prison and $250,000 in fines.

McKinnon has already admitted to the charges, but told the BBC that rather than hoping to harm the United States he was trying to expose evidence that "secretive parts of the American government intelligence agencies did have access to crashed extra terrestrial technology which could… save us as a form of free, clean, pollution-free energy."

Wouldn't that be an inconvenient truth?